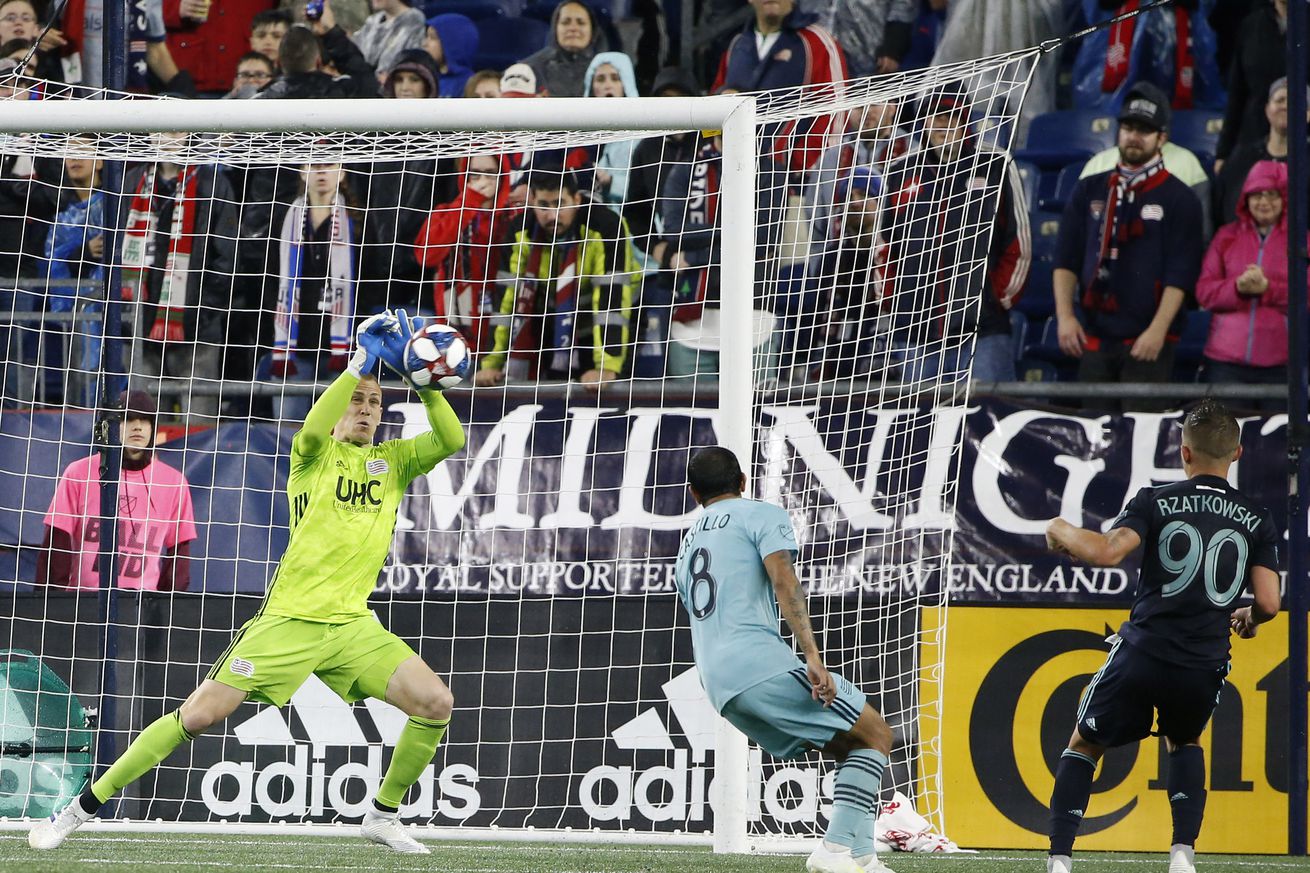 Revs get their first shutout of 2019.

The New England Revolution collected their first shutout of 2019 on Saturday when they defeated the New York Red Bulls 1-0. The clean sheet was a reward for the team’s hard work during practice.

Before this weekend, the Revs had conceded 12 goals in seven games. Perhaps more concerning was the fact that they allowed two or more goals in four outings. With this in mind, the team focused on their defensive shape.

“Our goal in this game, believe it or not, was the clean sheet,” head coach Brad Friedel told media. “We’ve been leaking too many on quick attacks.”

The Revs opted to employ a new shape this weekend, as they lined up in a 4-4-2 diamond. This formation asked the outside midfielders to pinch in as a way of condensing space. The tactic worked, as the Red Bulls struggled to create chances.

With the Revs cleaning up their play in the back, they just needed to convert one of their chances. That opportunity came in the 73rd minute when Juan Fernando Caicedo found Cristian Penilla on a fast back. The two attackers had recently entered the game.

“That’s how important substitutions are,” Michael Mancienne noted. “Everyone needs to be ready on the bench and mentally prepared to come in the game and make a difference, and potentially change the game for us. That happened tonight. I’m really happy for Penny as well. He deserved the goal.”