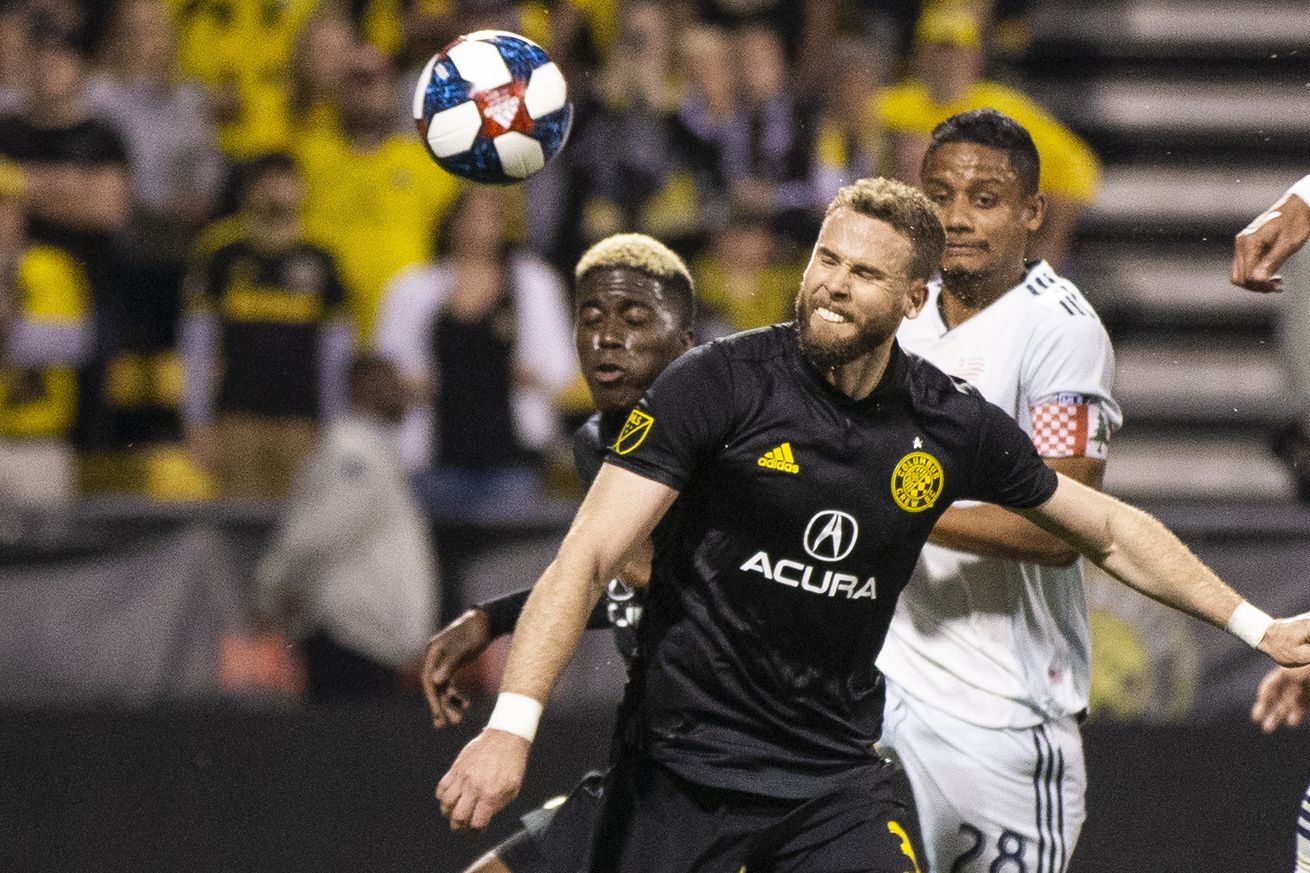 The New England Revolution conceded just before halftime as they lost 1-0 to the Columbus Crew on Saturday night.

In the 11th minute, Jalil Anibaba pushed forward to collect a loose ball that he fired towards net. Zach Steffan was there to prevent the defender from getting his second goal in 2019.

Anibaba made a crucial block in the 35th minute, nullifying a cross that had eyes for Gyasi Zardes. The defender clapped heavily, understanding the importance of his play.

Josh Williams broke the deadlock just before halftime when he headed home a Higuain set piece. This was the third time that the Argentine midfielder had a helper against the Revs.

Columbus almost grabbed a second off a set piece when Jonathan Mensah got on the end of a Higuain corner kick in the 49th minute. Scott Caldwell made a big stop as he stood on the goal line.

The Revs found themselves down a man after Mancienne took down Higuain in the 64th minute. Referee Rubiel Vazquez let play continue for a moment before disciplining the captain’s tackle with a second yellow.

Despite being down a man, the Revs had a good look on goal during the game’s dying minutes. Teal Bunbury played instigator as he cut the ball back from inside the box. Cristian Penilla pushed forward but couldn’t get a clear shot.