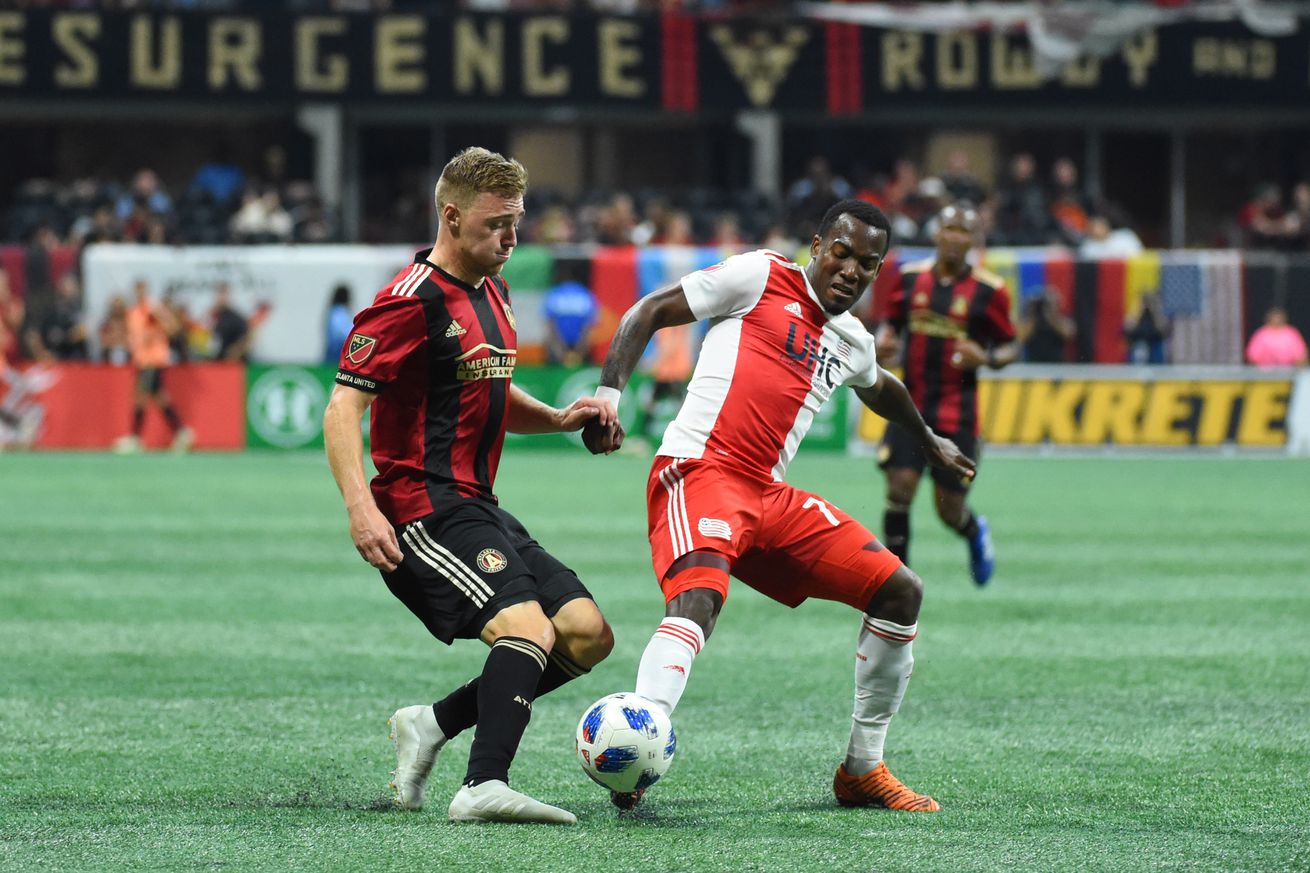 The defending champions roll into town sitting in the basement of the East…is Fortress Foxboro a remedy for what ails the ATL or will it pile on more misery to a slow 2019 start?

Well this is an odd sight. Atlanta United comes into Foxboro in a dismal state – two points from four games and just two goals scored all year.

Something isn’t working down in Atlanta and the New England Revolution are in a key stretch of the season. The Revs are beginning a three game homestand that will also feature games against the New York Red Bulls and Montreal Impact. Currently, all three teams are in the bottom half of the East Conference standings with the Impact in the final playoff spot in 7th.

If New England is going to get their season back on track, today seems like a good day to start. The only problem is, Atlanta United is thinking the same thing. We chat with Sydney Hunte of Dirty South Soccer about what’s been going wrong in the ATL so far in 2019, how the Five Stripes can turn it around, and check in on some local legends.

Be sure to check out my answers to Sydney’s questions over on their site and tune in at 730pm for the game tonight.

TBH: Atlanta United A.M. – After Miggy; This is not the sequel Atlanta expected. Did the magic leave with Tata Martino?

SH: I think that Frank de Boer was always going to have the deck stacked against him a little bit as the guy replacing a coach that both became a beloved figure in Atlanta sports and brought a championship to the city for the first time in nearly a quarter century. On top of that, despite de Boer citing an “evolution, not revolution” to the team’s playing style, they’d still need some room for adjustment.

Fast forward to today and…like you said, I don’t think this is what fans expected, although I’m not sure that you can pin it all on one or two people leaving. Sure, the Concacaf Champions League played a role, and there have even been a couple of injuries to deal with, but 2 of a possible 12 points and just 2 goals scored is well beneath the Five Stripes standard.

TBM: We know the big names for Atlanta – Martinez, Gressel, Barco – is there another key player who needs to step up and contribute more on offense or in transition or is this going to be just something where the whole team clicks and we see the Five Stripes jump way up the standings?

SH: I think that de Boer just needs to nail down what the identity of the club is. He’s gone on record as saying that the primary reason he used a 3-4-3 versus the 4-3-3 formation that Atlanta’s used to is due to the injury to Franco Escobar. With Escobar recovered, the team utilized a 4-3-3 against Columbus, and although it lost 2-0 and both teams had to deal with some treacherous conditions, you have to admit that Atlanta got just a little unlucky. Pity Martinez, the big signing in the offseason, has, and I’ll go ahead and say it, underwhelmed for the most part; for some reason he hasn’t clicked or really built that chemistry with the rest of his mates in the attack. Hopefully this break (during which he got married, so a big congratulations to him) has helped him clear his head and can lead to him playing at the level he performed that led to him being named the South American Player of the Year at the end of 2018. Barco, for his part, has shown flashes of his capability, but he’s not consistently strung it together for a full 90 minutes.

At the risk of hyperbole, this might be a real turning-point match for Atlanta United given the fact that it’s had two weeks to rest and get its legs back underneath them. I mentioned earlier that the case could be made that fixture congestion was a part of the club’s struggles, but that’s out the window as the schedule’s eased up significantly. In any event, things need to improve soon because patience is wearing thin among the fanbase.

TBM: There’s no question, just openly gush about your love and Atlanta’s love for four-year Providence Friar starter Julian Gressel (apologies to Andy Donahue) as well as Michael Parkhurst and Jeff Larentowicz while I go cry in a corner.

SH: Yeah, Gressel’s the real deal. As much as MLS fans love to rag on the SuperDraft (probably rightfully so), Atlanta’s hit rate hasn’t been that bad. It got them Gressel and Miles Robinson – who looks to be a star in the making at CB – and some young talent in Gordon Wild, Jon Gallagher and Anderson Asiedu, who have looked good with ATL UTD 2. The thing with Gressel is that at some point in time, he’ll need to be paid – and rightfully so – because a player of his skillset certainly deserves more than the $92,500 he pulled in last season: he’s just that valuable when it comes to how well he can set things up in the attack (quickest to 25 assists in MLS history) and how versatile he is. And the fans absolutely love him. Come to an Atlanta match and you’re bound to see a few Gresselmania t-shirts in the crowd.

As for Larentowicz and Parkhurst, I’m fairly sure even the most diehard Revs fan out there (although they’d prefer the duo having won MLS Cup during their tenures in Foxboro) was happy to watch Parkhurst get that long-awaited Anschutz Trophy on his fifth try and to see Larentowicz add a third one to his mantle. They’re at the sunset of their careers, and when Atlanta fans look back twenty years from now, those will be two players that helped set the tone for the club reaching the heights it did in such a short amount of time.

I believe we see a 4-3-3 in this one, but I’d like to see Pity Martinez tuck in behind Josef and take on more of a 10 role. Just know that whatever lineup is advertised will be very fluid on the field, with a good bit of play along the right to capitalize on Gressel, Escobar and Villalba’s abilities.

No major injuries outside of Mikey Ambrose and George Bello. Kevin Kratz and Brandon Vazquez are also unavailable.