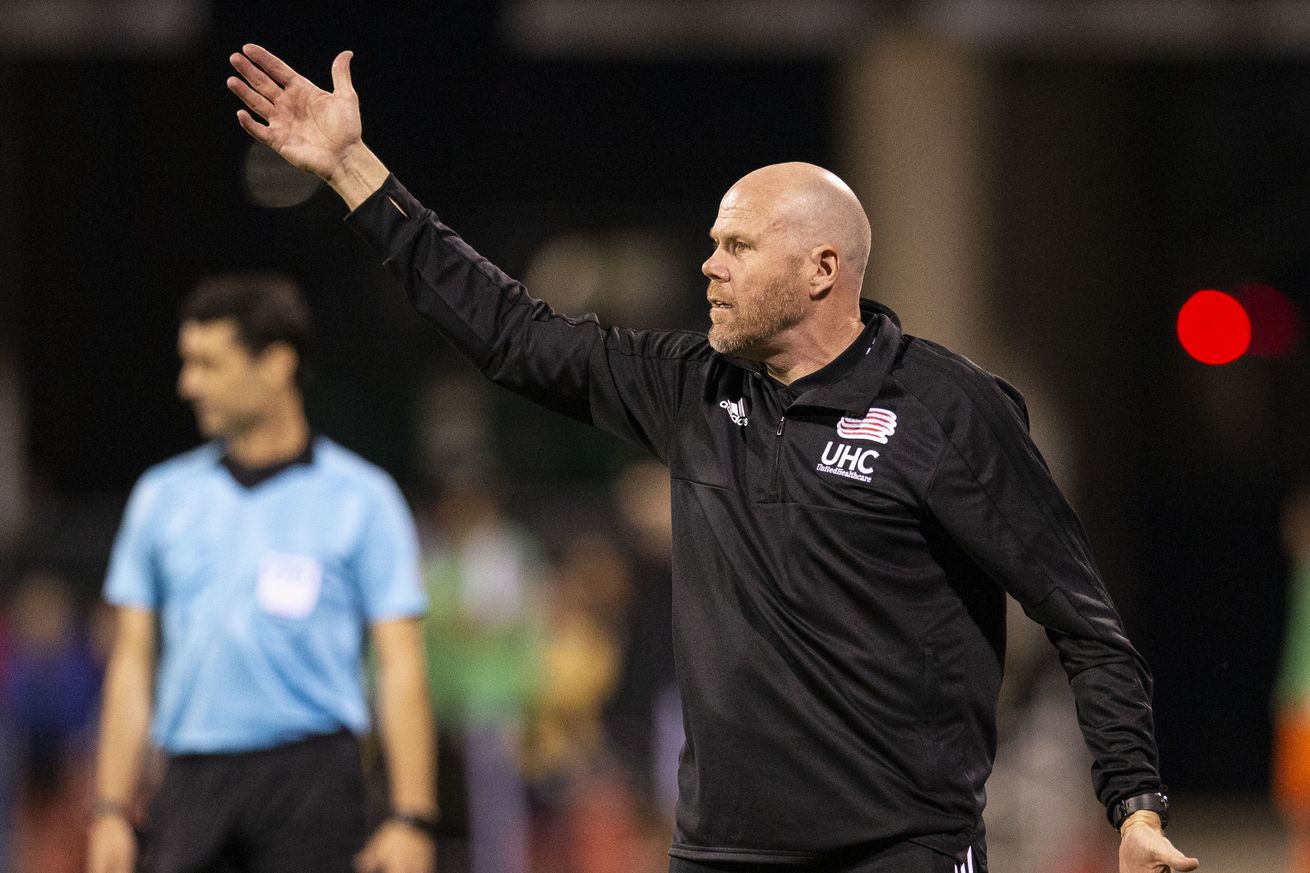 Friedel wonders why the VAR didn’t call back Williams’ goal.

New England Revolution head coach Brad Friedel has some issues with the goal scored in Saturday’s match against the Columbus Crew.

In the 42nd minute, Josh Williams flicked in a free kick by Federico Higuain to secure full points for the home team. After the game, Friedel expressed some concerns about how the play transpired.

“First I think Teal Bunbury got fouled and the ref let it play on,” Friedel said. “There were probably anywhere from 7-10 other fouls from behind that he called that were the same or even less but he let that one play. I’m not complaining about the foul itself for the free kick.”

Friedel is referring to Waylon Francis’ tackle on Teal Bunbury. After getting up, Bunbury returned the favor, which resulted in Francis falling to the ground. The first tackle didn’t draw the ire of the referee, but the second did.

This resulted in Higuain’s free kick, which led to the goal. Friedel had some thoughts on this play as well, as he believed that Williams was offside. In fact, Friedel questioned why Video Assistant Referee Hilario Grajeda didn’t call the play back.

“The free kick is offside,” Friedel explained. “I know who was doing the VAR. I’ve had issues with him in the past. I don’t understand how you can’t see [Williams] is a shoulder offside. It’s another one. It seems that we’re on the opposite end of a lot of VAR decisions.”

Although he was unhappy with the goal, Friedel liked what he saw from his team. The effort was there, which is why he believed the Revs should’ve walked away with something.

“I’m going to go back to a lot of the positives,” Friedel noted. “We were very, very good today and did not deserve to lose.”