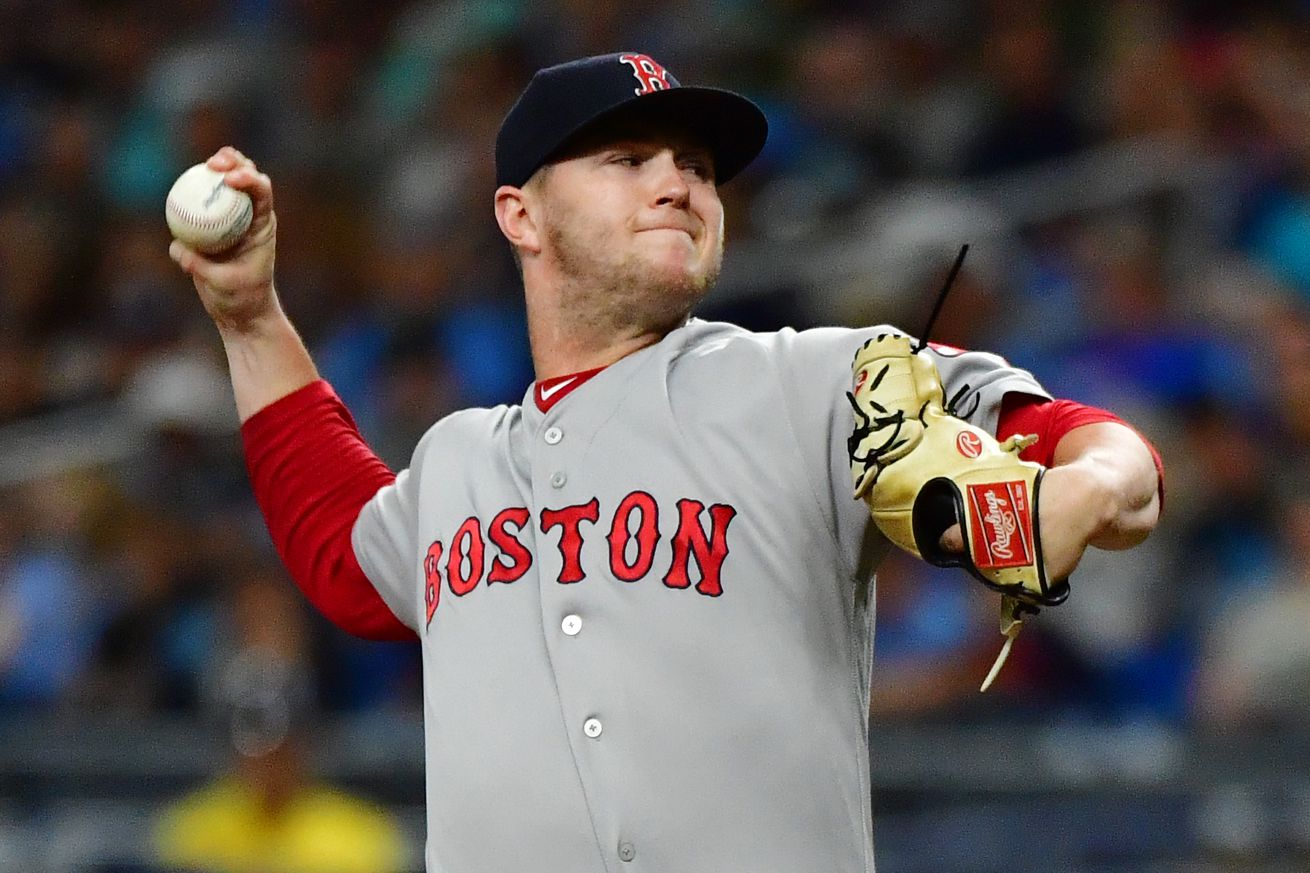 He makes room for Matt Hall.

Earlier Friday evening, the Red Sox made a minor trade — a theme of the last few weeks for them — acquiring left-handed pitcher Matt Hall from the Tigers in exchange for minor-league catcher Jhon Nuñez. At the time of the deal, they had not announced what the corresponding roster move would be to make room for Hall on the 40-man roster. Now we know. The Red Sox announced they have designated Travis Lakins for assignment. They now have ten days to either trade him or move him through waivers to try and keep him as a depth option.

At first blush, I’m not a huge fan of this move. I’ve always been relatively high on Lakins and think he can be a solid middle reliever who can go a couple of innings when you need him to. There are other pitchers who I would have designated ahead of him, like Hector Velázquez, Ryan Weber or Chris Mazza. All of them could serve as rotation depth, however, and the Red Sox both don’t have a lot of that while also boasting a rotation with plenty of injury risk.

In addition to that, Bloom has earned some benefit of the doubt in reading the waiver market this winter. He has already snuck Brian Johnson, Sam Travis and Marco Hernández through, with Johnson and Hernández remaining in the organization and Travis recently being traded for Jeffrey Springs. That is not to say Lakins is a lock to remain with the organization, but it’s hard to be upset until it actually happens.