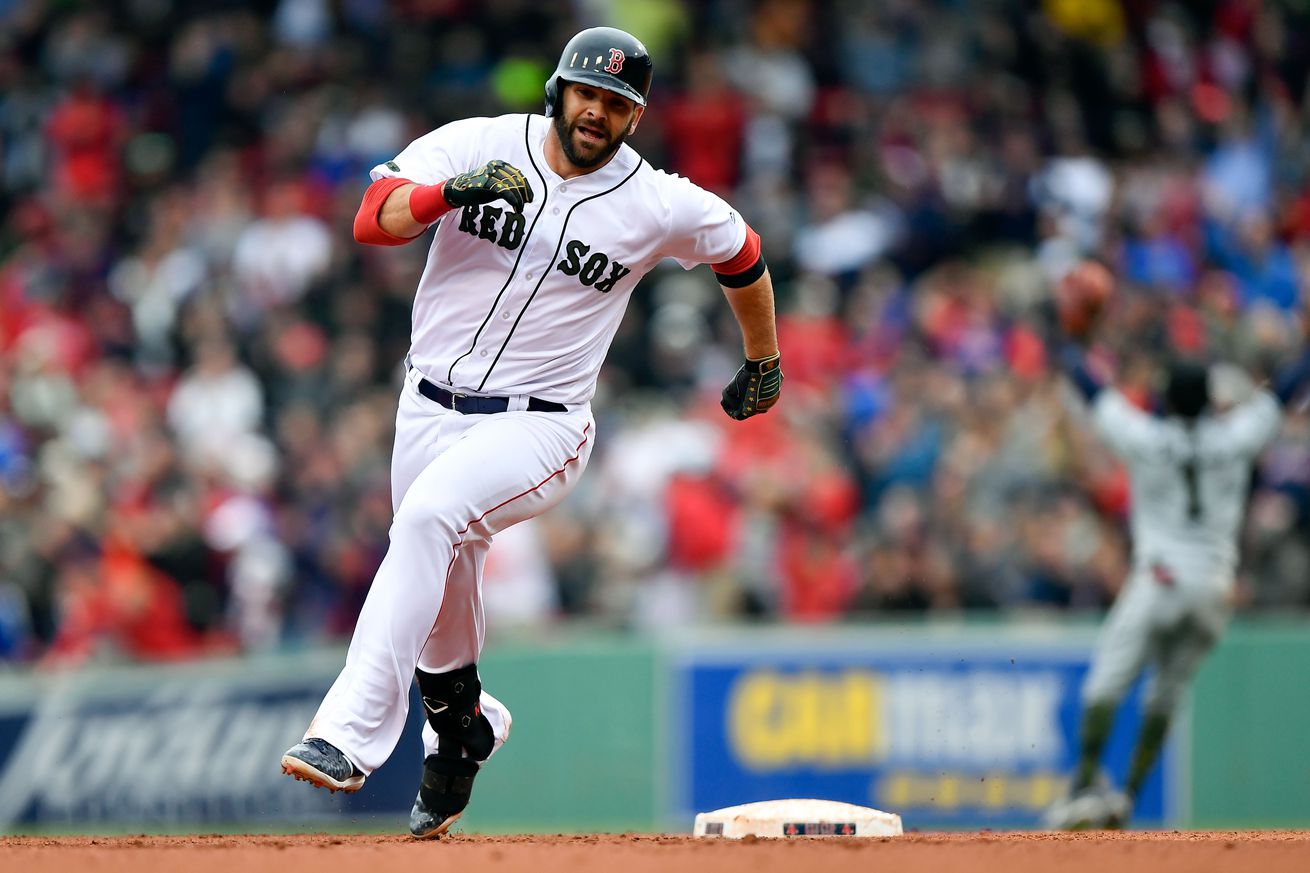 The Fake Sox bounce back after a tough Saturday

Our Fake Sox were coming off a tough loss on Saturday in which they dropped a winnable game and also lost Rafael Devers to a partially torn labrum after a collision at third base. They were looking to bounce back on Sunday in the rubber match of their three-game set against the White Sox with Collin McHugh on the bump. Chicago had gotten runs on the board in the top of the first in each of the first two games of this series, and McHugh got into a little trouble here as well with a single and a walk to put two on with just one out. The righty came back with a couple of big outs after that, however, and it was still scoreless after a half inning for the first time this weekend.

In the bottom of the first, the Devers-less Fake Sox offense was facing Reynaldo Lopez. They enjoyed this matchup. Andrew Benintendi and Jackie Bradley Jr. led things off with back-to-back base hits to put runners on the corners, and then Lopez threw one by Yasmani Grandal behind the plate for a wild pitch that gave Boston a very early 1-0 lead. After J.D. Martinez walked and Xander Bogaerts smacked Boston’s third base hit of the game, they had a chance to really put this one away early. It sure looked like they’d blow it, however, with Alex Verdugo and Christian Vázquez both striking out, leaving it all up to Mitch Moreland. The first baseman came through, though, smoking one into the right field corner for a bases-clearing triple to make it 4-0. José Peraza then continued his smoking hot start to the year with a triple of his own before Ryder Jones, who came up to replace Devers at third base, ripped a base hit and by the time it was all said in done Lopez was knocked out of the game and the Red Sox had a 6-0 lead.

After McHugh gave up a two-out double and nothing else in the second, the Red Sox were looking to build on that lead a bit. They got off to a good start when Bradley singled then quickly moved to second on a passed ball, but that was followed by a couple of quick outs. Fortunately, the Red Sox had a little more two-out work in them with Verdugo drawing a walk and Vázquez coming through with an RBI single to make it 7-0 after the second.

That was really it for our Fake Sox’s offensive performance on the day. They had a couple of chances here and there as the game went on, but they did their damage early and then left it up to McHugh and the rest of the pitching staff to not blow it. Blow it McHugh did not. He was fairly dominant all game, allowing some baserunners but missing a bunch of bats along the way. He would allow just a single in the third and just a double in each of the fourth and fifth innings.

The righty did come back out for the sixth, and the shutout would end there. Edwin Encarnación started the inning off for Chicago and smoked a 1-0 pitch deep into the Monster Seats in left-center field to make it 7-1. McHugh came back and got a couple of strikeouts after that before getting pulled in favor of Heath Hembree. In all, McHugh allowed just the one run and struck out eleven over 5 2⁄3 innings of work.

The bullpen was solid as well, with Hembree getting a strikeout to end the sixth and allowing just a single in the seventh. He’d come back out for the eighth but after a leadoff double from Encarnación, Marcus Walden got the call. He came through with three straight outs including a couple of strikeouts to strand the runner in scoring position. After back-to-back one-out walks in the ninth with the six-run lead, Walden’s day was over with Colten Brewer coming on to try and finish this off as rain was beginning to fall at Fenway. The righty struck out both batters he faced and that was that. The Red Sox got their second straight series win and moved their record up to 6-4 as they get set to take on the Rays in a three-game set starting tomorrow.