The New England Patriots’ offensive line was down four starters in the 25-22 victory over the Houston Texans in Week 5.

Surprisingly, Mac Jones was only sacked once for five yards.

Center David Andrews was the only starter available and his leadership was much-needed for the group. That leadership was on full display during his pregame speech.

“I’ve been fortunate to be around this game for 23 years of my life,” Andrews said, transcribed by NESN. “And, by God, I’m blessed to be out here every Sunday — so are we. Let me tell you something else: Success is where preparation meets opportunity.

Isaiah Wynn and Mike Onwenu were placed on the team’s Reserve/COVID-19 list and it was too late for a Sunday return due to NFL protocols. Trent Brown, who missed three straight games with a calf injury, was placed on the injured reserve list and will be out until Week 8 at minimum. Shaq Mason missed the entire week of practice with an abdomen injury and wasn’t available for the game.

Out of all the issues the Patriots had against the Texans, the offensive line shockingly wasn’t one of them. 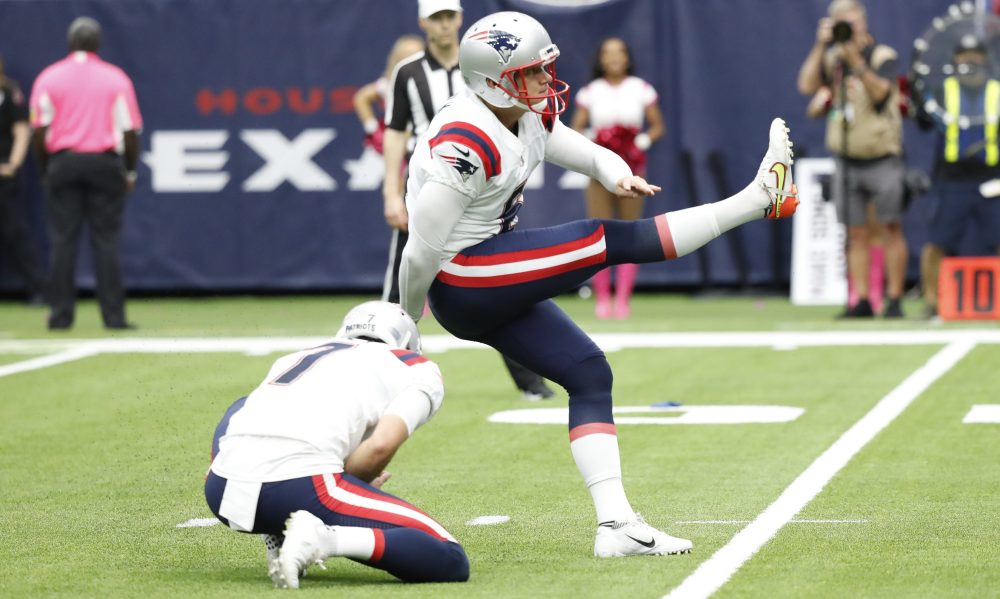