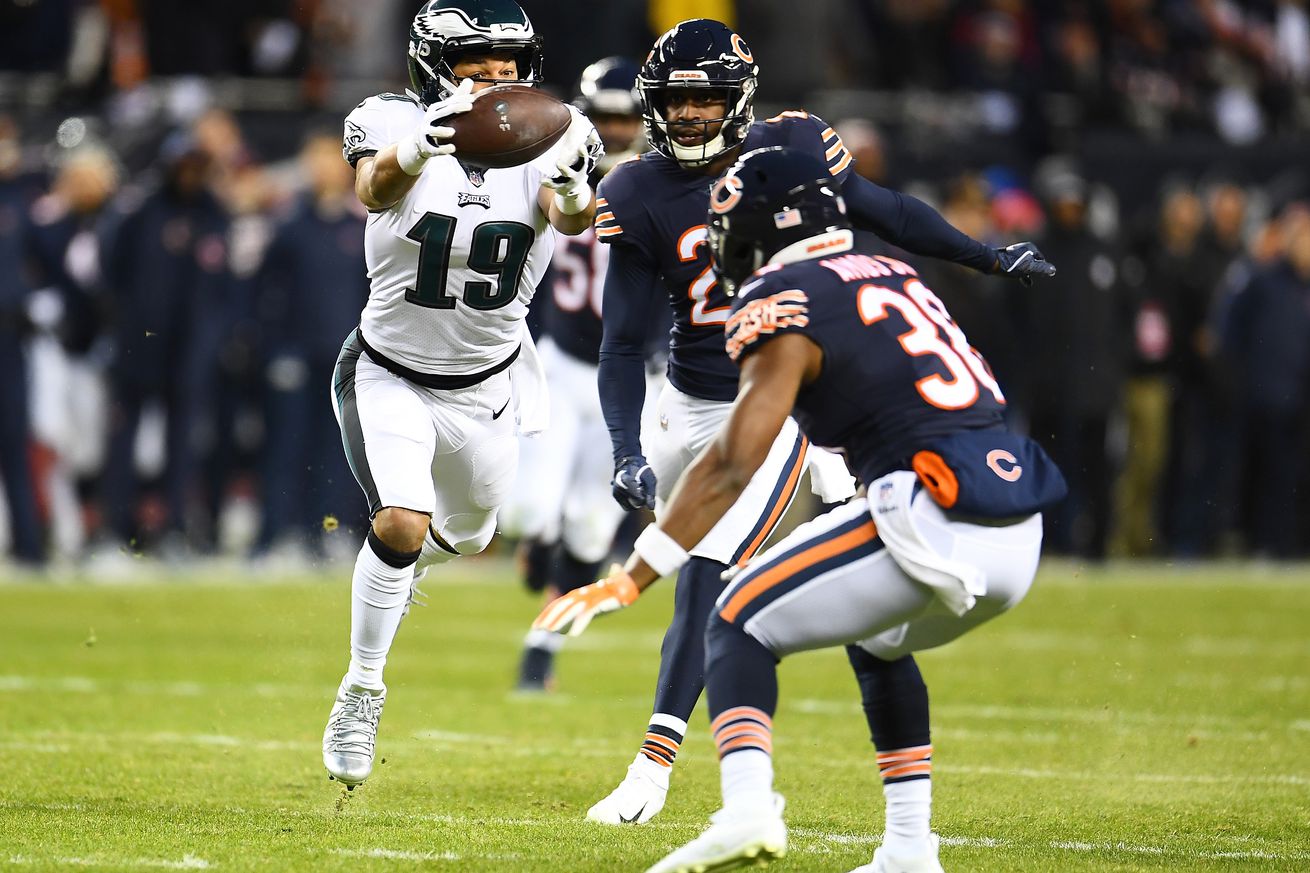 Note: this isn’t necessarily bad, it just…is what it is.

Unless you’re one of those people with what’s called a “real career”, odds are when you’re out eating somewhere with your better half and see “market price” on the menu, your first thought isn’t “oooooooh YUM lemme get that”, it’s “I better ask what ‘market’ is before my dinner ends up costing the same as popping a bottle of Ace of Spades”.

And the wide receiver market this offseason has not exactly shaken out in favor of the defending Super Bowl champion New England Patriots this offseason, with seemingly everyone either signing for Bryce Harper money on almost-certainly-gonna-still-go-8-and-8 teams or getting themselves traded to (draws circle on a map) anywhere BUT the Patriots, there’s been precious little that Belichick’s been able to add in terms of offensive firepower. Unless Bruce Ellington had himself a 2016-Chris-Hogan-vs-the-Steelers game and I just missed it taking a nap or something.

(Forced analogy with the dinner thing, I know, just go with it)

Thing is, as the whole Adam Humphries situation proved, it’s not like the Patriots couldn’t afford any of these guys, even with the pre-Gronk-retirement cap space being what it was – it was that more often than not, they acted like you or I would at a poker table when someone reaches for that expensive stack of chips and splashes them and you’re looking around like “Yeah, I’m out, you guys have fun with that”.

“Yeah, I can’t let you into the mainframe”

Adam Humphries deciding that since he talked with Tennessee before he talked with the Patriots in the legal tampering period before free agency actually started and therefore he owed the Titans his loyalty notwithstanding, it’s not like the Patriots couldn’t afford a receiver like Golden Tate; if that was the case, they wouldn’t have offered Humphries $10 million a year AND more guaranteed money than the Titans did.

On Adam Humphries, I’m told the Patriots raised their offer Tuesday afternoon with higher APY and guarantees than the Titans. Humphries never wavered, however, and remained committed to the Titans. He’s signing with Tennessee.

I know this to be true as well. Believe offer went to $10M/ year. https://t.co/Nn7LvVxmvV

And on that note, in a lot of cases, the Patriots joined the party and simply got outbid by teams that…you know what, I’m not going to even try and guess what New York and Buffalo are trying to do anymore.

The #Patriots pursued Adam Humphries, Golden Tate and Cole Beasley in free agency. They missed out on all three.

So unless someone else has another receiver in mind that took less to sign somewhere where they wouldn’t be catching passes from the GOAT, then that means that either for wideouts in general or for some of these notable dudes in particular, the Patriots had a set contract number in mind, and more than likely got blown out of the water, if they had any interest at all in the first place. Observe!

And my personal favorite, Devin Funchess at 1 year making a cool $10 million with $7 million of it guaranteed. Good work, if you can get it.

Call it a Long Island Iced Tea of a skyrocketing salary cap and several teams suddenly coming into between $50 and $100 million in cap room that they have to spend sooner or later, and New England paying a lot of their veterans over the last few years, and yeah, they haven’t added much at wideout lately. Because whatever they’ve decided their upper limit for a probably-decent-but-not-spectacular free agent receiver is, half the rest of the league keeps enthusiastically blowing past it.

That brings us to something our own Oliver Thomas brought up not too long ago that should tie this whole thing together: how Bill views the talent pool for pass-catchers of the non-Gronk variety, and who he presumably thinks is worth signing or re-signing for set-for-life money. Check it out:

Here’s the full quote (emphasis mine):

“Well first of all, let’s start with how many 330 guys are there out there? Now if you’re looking for 190-pound receivers, I mean, there’s 8 bazillion of them. How many 330-pound guys are out there? There’s just not that many of them. So they’re always hard to find. I don’t care if they’re tackles, offensive tackles, defensive tackles. For every guy that’s 330, there’s 20 that are 290. So if you can find the 330 guys, or whatever the number is, that are as athletic and have the skill of guys that weigh 40 pounds less that play the same position, generally speaking, those guys are going to outperform the guys that are lesser. Now if there’s some balance, then that’s a different story. And again, there’s only so many 330 pound guys out there, or 370 pound guys, however big Trent Brown is or Marcus Cannon. There’s not an unlimited supply of those guys, so if they have that kind of size and are athletic and have the skills then chances are they’re going to be playing for somebody. I don’t know – if they don’t have the skills, then they pump gas. There’s something else. But guys that are big and athletic, there’s a sport and a position for most of those guys. It’s the little ones like me that were slow and make up for it with a lack of quickness that have a problem”

And people say Bill never gives real answers or has a sense of humor.

Square those with his comments about how hard it is to draft college receivers out of different systems earlier this week, and a couple concepts, like them or not, become pretty obvious:

It all adds up to an approach to the position that almost always means that Tom Brady is only going to get a couple chances over his career to throw to some all-timers like Moss or Gronk, but the team’s able to spread that money around and build one of the deepest teams in football for the past two decades. And occasionally having to remodel the stadium to fit some more banners in there. Tough life.

It also adds up to Brady throwing his 590 career passing touchdowns to an NFL-record 71 different receivers and counting.

Or, to put it another way with one more gratuitous reference for the weekend:

Bill remains the MacGyver Smoker from Half Baked:
“Get me a toilet paper roll, a corkscrew, and some tin foil”
“We don’t have a corkscrew”
“All right then, get me an avocado, an ice pick, and my snorkel. Trust me bro, I’ve made bongs with less” https://t.co/ZPoAHRv3NX