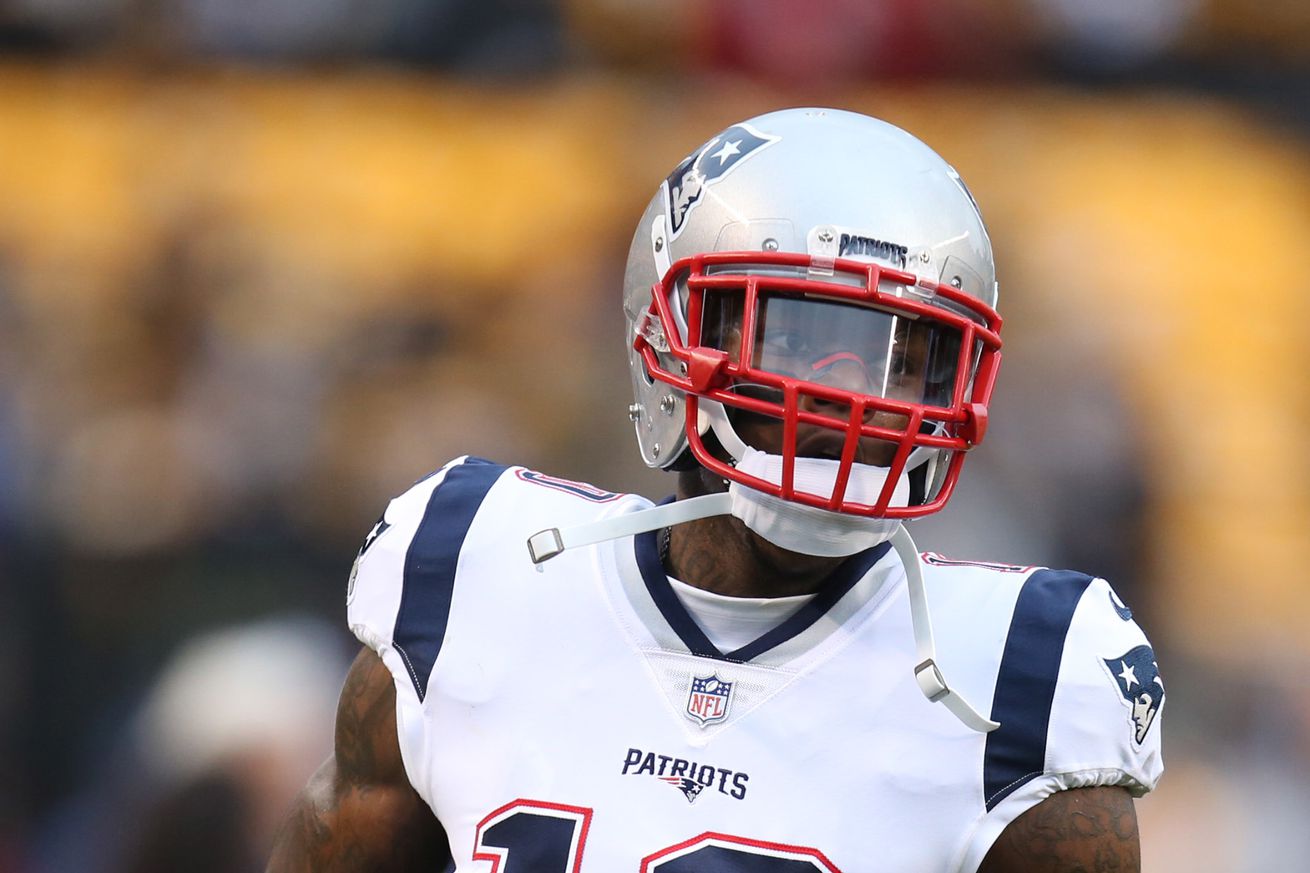 Our offseason countdown continues with the Number 14 Most Memorable Patriots Moment of 2018.

We’re well into draft preview mode here at Pats Pulpit right now, so I’m going to be taking a bit of a break from the countdown of the Top 20 Most Memorable Patriots Moments of 2018 while we turn our attention to trying to figure out which DIII backup safety the Patriots will be taking with their first round pick. But I wanted to sneak one more in there today, so as to allow myself more time to slack off on this list down the road.

20. Danny Etling gets half of the Giants fired with an 86 yard touchdown run.
19. The Patriots demolish the Jets at home to secure a playoff bye.
18. Julian Edelman bounces off a Bill and into the end zone on a 4th down conversion.
17. Some punt team acrobatics keep the Steelers from getting a touchback.
16. Gronk magic returns with a 34 yard touchdown seam route catch against the New York Jets.
15. James Develin finds the end zone twice against the Minnesota Vikings.

A moment like Number 14 seems to happen once a season or so; something that few people saw coming, but made a big impact regardless.

It’s tough not to know who Josh Gordon is; if you’ve been following football at all since 2012, the name will be familiar. Taken by the Cleveland Browns in the 2012 supplemental draft, Gordon broke out almost right away, recording 840 yards and 5 TDs during his rookie season. However, the off-the-field issues started right away, as Gordon was suspended the first two games of the season for violating the league’s substance abuse policy. However, in the 14 games he did play, he notched an absurd 1,646 yards receiving and nine TDs on his way to a Pro Bowl berth. Gordon looked to be poised to break out as one of the NFL’s elite receivers.

Unfortunately, 2013 was more or less the peak for Gordon, as he was once again busted for substance abuse and ended up missing the 2014 and 2015 seasons altogether. He applied for reinstatement in 2016, but was denied when he failed a drug test. Gordon finally came back to the field for Cleveland on November 30, 2017, a 19-10 loss to the Packers in which he recorded 85 receiving yards.

Although Gordon seemed poised to finally get his act together, he only played in a single game for the Browns in 2018. The man’s talent was undeniable, but Cleveland’s front office felt that he had “violated the team’s trust” and that they would thus be parting ways with him.

There he was, an incredibly talented, yet troubled, player who needed a change of scenery, a strong locker room, and the leadership and guidance necessary to get his career back on track.

On September 17th, 2018, on the heels of a 30-21 loss to the Jacksonville Jaguars, the Patriots traded a 2019 5th round pick in exchange for Gordon and a 7th rounder. For practically nothing, New England acquired an elite receiving target for Tommy B, and offered Gordon a chance to turn his life around.

As with all things Patriots, the internet exploded. Half of the world was railing against the Patriots for the blatant hypocrisy of signing a stoner, and the other half was lamenting how Gordon was about to have a 4,000 yard season and the Patriots weren’t going to lose another game. Gordon made his debut at home against the Dolphins in Week 4, where he caught two balls on 2 targets for 32 yards, including a solid 19 yard gain, both of which converted 3rd downs.

Unfortunately, even with strong leadership and a winning culture, Gordon still found himself unable to keep on the straight and narrow. On December 20th, Gordon announced that he would be stepping away from the game to focus on his mental health; it was later revealed that he was once again up against an indefinite ban for violating the NFL’s drug policy. New England had kept him on a tight leash, but he relapsed during the bye week, and that was that. The Patriots forged on without him, and they ended up doing OK, I guess.

Who knows; Gordon may finally turn it around and come back into the fold; the Patriots still own his rights. But more importantly, let’s all hope that he’s getting the help he needs and finds himself in good mental health and high spirits. If he has in fact caught his last pass from Tommy B, he’ll be remembered as a high impact player for a short period of time; 40 catches for 740 yards and 3 TDs in only 11 games ain’t too shabby. And whenever the Patriots make any kind of splashy move, it’s a big deal around these parts; we’re used to having to look guys up as opposed to being excited for their potential. Maybe if Gordon had worked out in full, I’d rank him higher. But since he burned bright and fizzled fast, I think the move is well positioned here at Number 14.