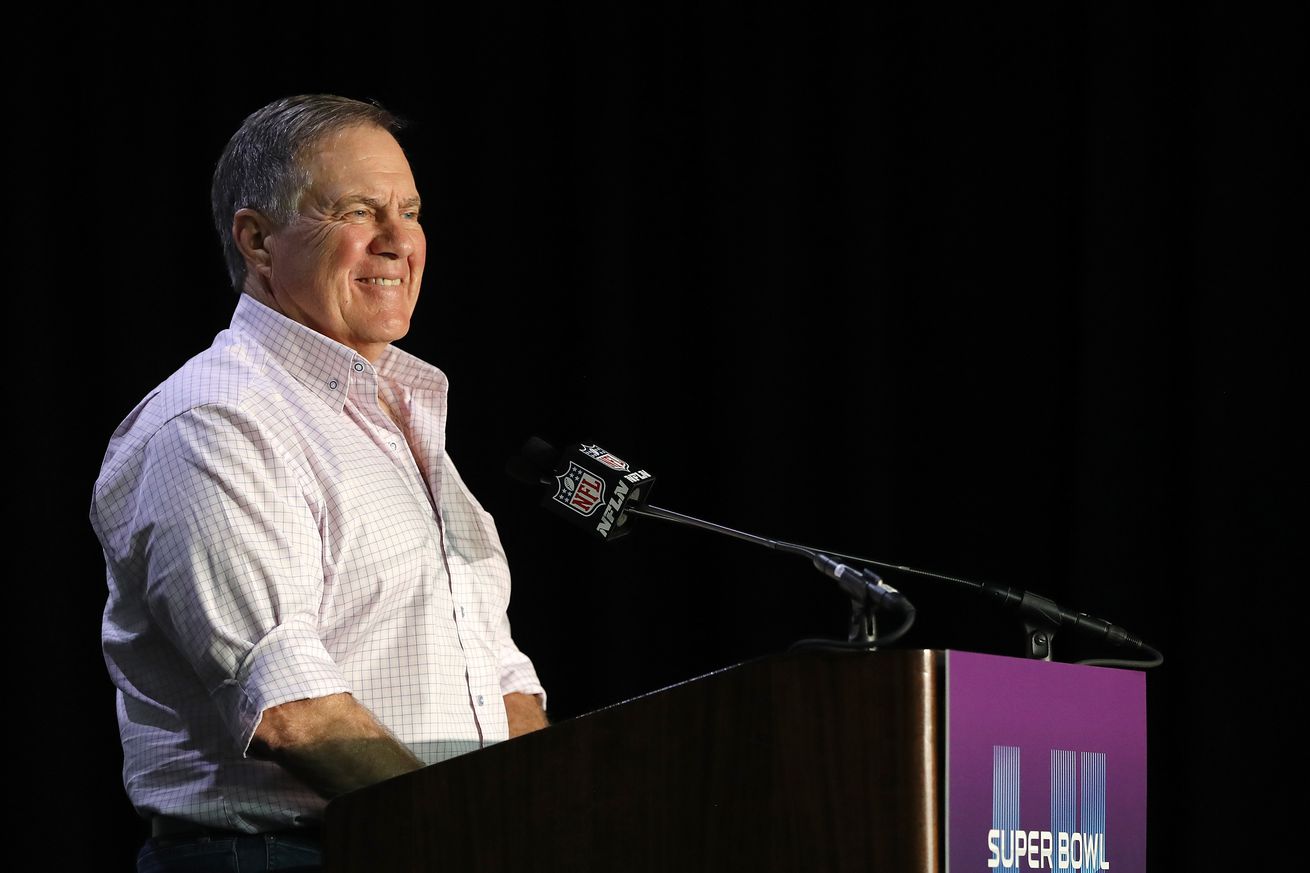 Throw away everything that you think you know.

My good friend Mark Daniels of the Providence Journal noted something interesting on Twitter today: there are a ton of rumors that the New England Patriots could take a cornerback very early in the 2019 NFL draft.

I listed cornerback as the second-smallest need for the team roughly a week ago. The Patriots have First Team All Pro cornerback Stephon Gilmore under through 2021, quality veteran Jason McCourty under contract through 2020, and rising stud J.C. Jackson just finished his rookie season. When 2018 second round pick Duke Dawson can’t crack the line-up because of all the talent ahead of him on the roster, and when that talent should be back for at least two more years, cornerback should be a pretty small need.

“New England: Best corner, edge player or receiver,” King wrote in his mock draft. “I’d take Greedy Williams, the corner from LSU. Serious top 10 prospect in October, and nothing happened to knock him down other than the fact that so many other corners are close to him in ability. Pats can dip into deep wideout/tight end market at 56, 64 or 73 overall, or with a trade. The tight end who might fit well is Texas A&M’s Jace Sternberger—if the Patriots think he can block well enough in their scheme. He can stretch a defense.

“I’ve been told by a bunch of people to keep an eye on Vanderbilt’s Joejuan Williams as a potential fit in New England,” Breer wrote in his draft notes. “And maybe not necessarily strictly as a corner—with the idea being he could fit into a hybrid role like Patrick Chung’s (playing tight ends, supporting against the run, etc.). One scout I spoke with Sunday even pointed to a comment Bill Belichick made at his pre-draft presser to back up the idea: “This is another year where there’s a lot of big receivers—6’4”, 225, 230, whatever they are—I mean, somebody’s going to have to cover those guys one of these days.” So file that one away.”

“Bill Belichick is always looking ahead,” Breer added in his mock draft. “[And there’s a future] need to match up with bigger receivers and athletic tight ends. The Patriots have had Patrick Chung in that role for a while. They could find another, bigger version of him. And I think that’s what they’ll see in this guy [Williams], rather than just lining up as a corner like most are doing.”

I can already hear the groans since the Patriots haven’t had much success with early round defensive backs. Bill Belichick has drafted a defensive back in the first or second round 11 times since 2000 and it hasn’t been pretty.

When multiple, well-connected writers like King, Breer, and Kyed are sharing the same rumors, there’s probably some fire to this smoke, and so it’s worth looking at the defensive backs that could fit the criteria laid out.

Breer highlights what Belichick said about needing big defensive backs to cover the big receivers about the enter the league, and I wonder if Belichick has a new role in mind for his defense. Chung played some defensive end and outside linebacker for the Patriots last season, in addition to covering players in the slot and at safety, and I wonder if the team would want a larger player than Chung to take that hybrid role.

New England added Obi Melifonwu, a 6’4, 225 pound safety, to the roster last year and that could be the blueprint: a player big enough to stand their ground on the edge of the line of scrimmage and athletic enough to cover running backs and tight ends.

There are a couple players that might fit that mold. Breer points out 6’4, 210 pound Vanderbilt defensive back Joejuan Williams, who could be a pick in the first three rounds, while I would also point out 6’2, 215 pound Kentucky cornerback Lonnie Johnson, who ESPN’s Mel Kiper had going to the Patriots in the third round in his latest mock draft (my analysis of which has not aged well). I would add in 6’2, 205 pound Penn State cornerback Amani Oruwariye as another day 2 option, too.

I don’t know if the 6’2, 185 pound Greedy Williams fits the mold, but there are a bunch of cornerbacks that could be available at the end of the first round for New England. There is a lot of depth at defensive tackle and pass rusher that could push some good players down the draft board. Perhaps that’s what the Patriots are keeping their eye out for.

I still think the Patriots should use their first round pick on one of the elite defensive tackles that should still be on the board, or on a quarterback to get that fifth-year option, but now I’m convinced that the Patriots will use one of their early draft picks on a defensive back. Hopefully they’ll have better luck than in their other recent drafts.