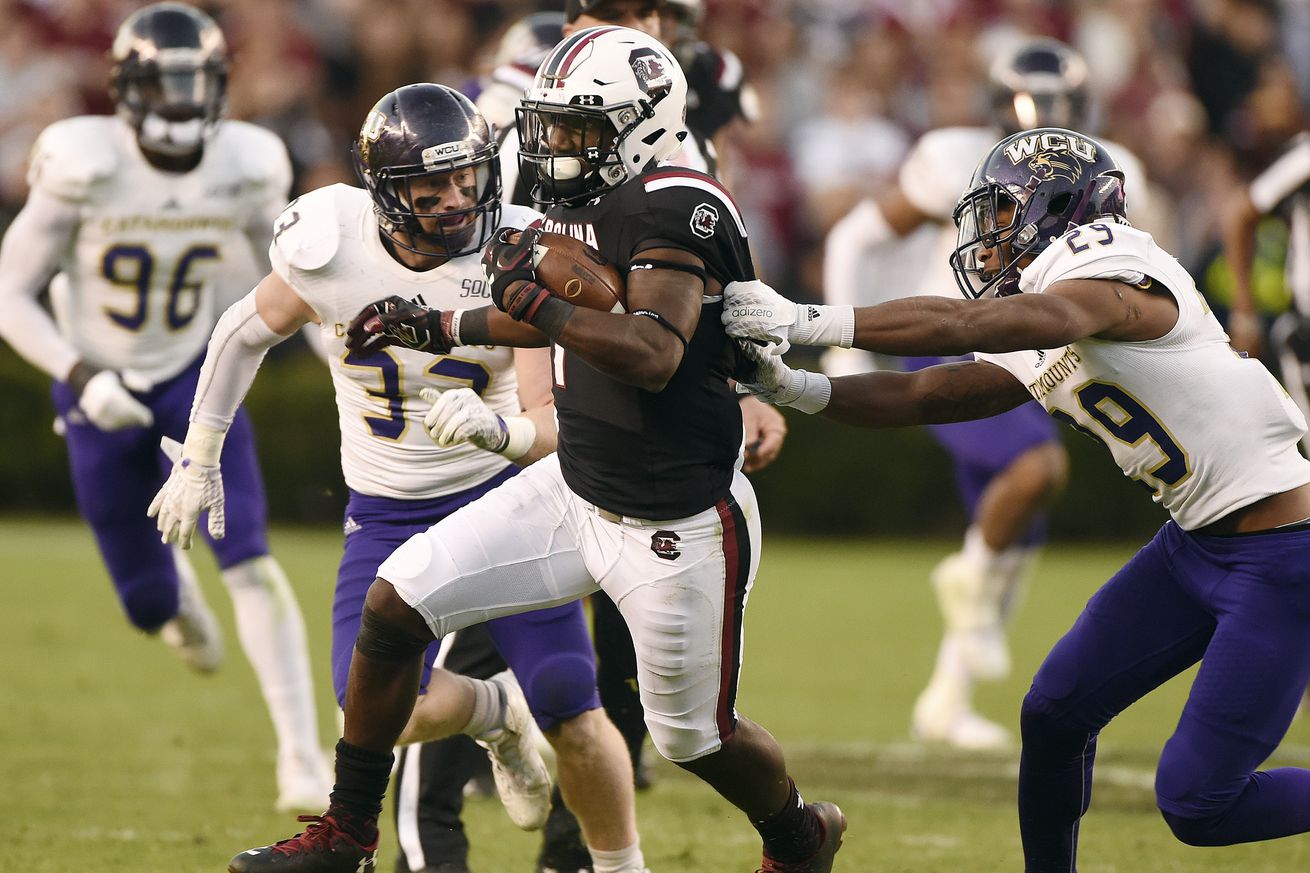 Sooooo…take him off the draft board?

South Carolina wide receiver Deebo Samuel visited with the New England Patriots earlier this month and also at the NFL Combine. After his recent visit with the Patriots, Samuel posted a video on Instagram where he told head coach Bill Belichick, “Hey Billy, I’ll see you in a month, my man.”

Interesting approach from South Carolina’s Deebo Samuel. After his visit with Patriots, he posted to Instagram saying, “Hey Billy. I’ll see you in a month, my man.” pic.twitter.com/e7EgDOAkDc

I like Samuel a lot as a prospect and think he would do great thinks with offensive coordinator Josh McDaniels. He’s a jackknife of a player that can lineup everywhere in the formation.

But we all know the Patriots and Samuel posting this harmless video means that he’s not coming to New England, right? Like, that’s a pretty strong guarantee. I’m not even playing the whole “the Patriots won’t draft players that talk about their meetings” angle, either.

Now that every team in the NFL knows that there’s mutual interest between Samuel and the Patriots, any other team interested in acquiring Samuel will totally leapfrog the Patriots to make that selection. There are always teams willing to take players the Patriots’ are interested in adding.

Samuel’s not necessarily a first round prospect, but now I’d be shocked if he’s on the board when the Patriots pick in the second round.