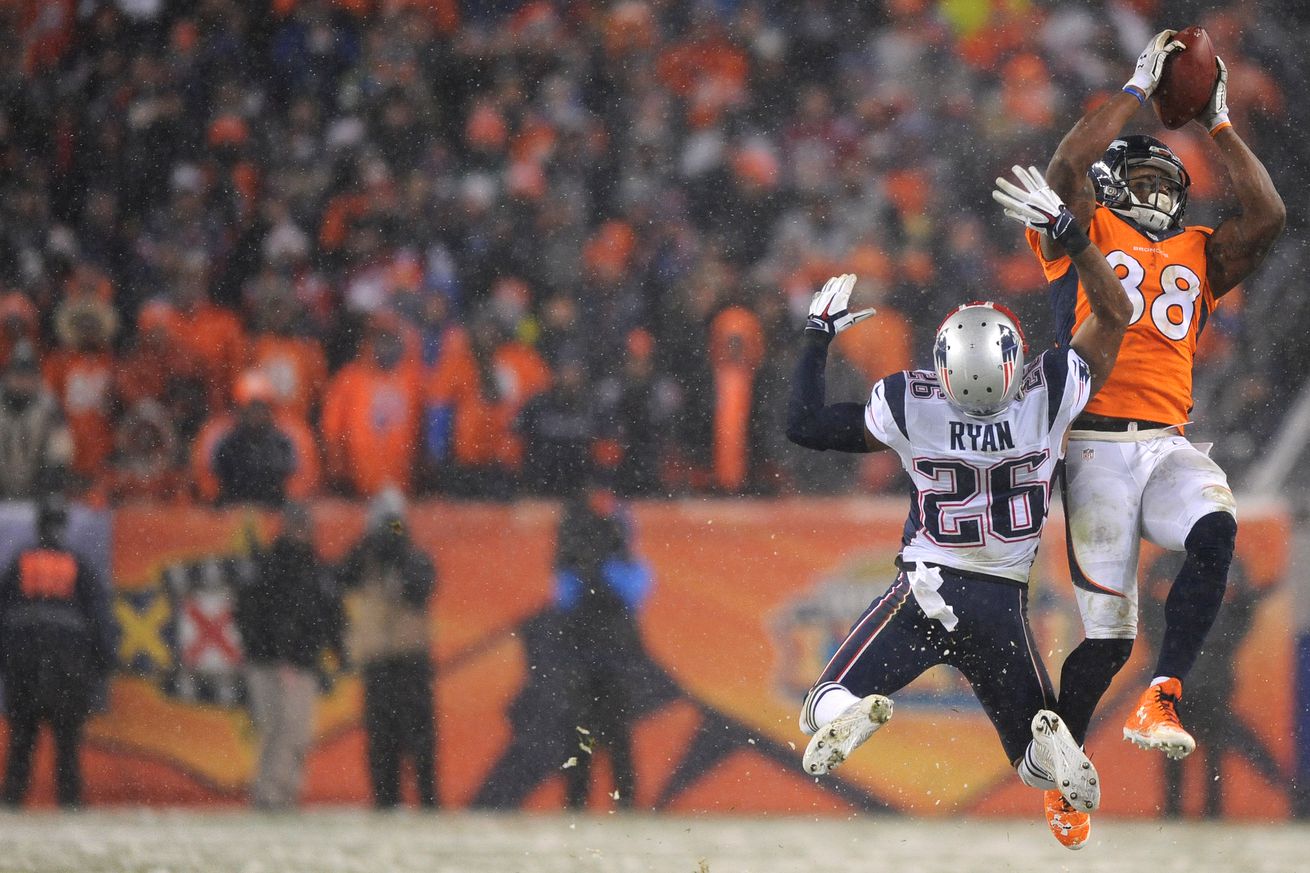 Demaryius Thomas has crossed paths with New England 10 times since entering the league.

Demaryius Thomas went against the New England Patriots on 10 occasions while a member of the Denver Broncos.

He was targeted on more than 100 occasions in the process.

“He’s a great player. He’s made a lot of great plays in this league,” Gilmore told reporters of Thomas following the five-time Pro Bowl wideout’s arrival last week, via Patriots.com. “He’s tough to cover, tough to bring down – those are a couple things that stand out with him. Strong, explosive, so hopefully he can help us win games.”

Thomas and the Broncos went 1-7 in the regular season and 2-1 in the postseason versus the Patriots. The No. 22 overall pick that New England sent Josh McDaniels’ way during the 2010 NFL draft found the end zone in three of those meetings.

Thomas would eclipse the 100-yard receiving mark four times in all, once finishing within shouting distance of 200 yards on a stop by Gillette Stadium.

Thomas brings a total of 55 receptions for 874 yards and touchdowns on a fade, a stutter post and an in-cut against New England with him.

The quietest stretch over that Patriots sample size came between the 2015 regular season and subsequent playoffs, when Thomas was limited to three receptions for 48 yards on 20 passes sent his direction. The loudest stretch came from December 2011 on through the AFC title bout of January 2014 at Mile High, and it saw the Georgia Tech product average 115 yards through six matchups.

Whether Thomas can show shades of that past production is the next matchup.

The longtime Bronco and recent Houston Texan is operating under a one-year Patriots pact that carries a $1.2 million base salary, a $150,000 signing bonus, a $150,000 workout bonus and a steep staircase of incentives. He turned 31 years old and suffered his second career torn Achilles in late December. He is no given.

But there is something to be said for familiarity. The Patriots have gotten to know Thomas well from afar.

And to the tune of nearly 16 yards allowed per catch.