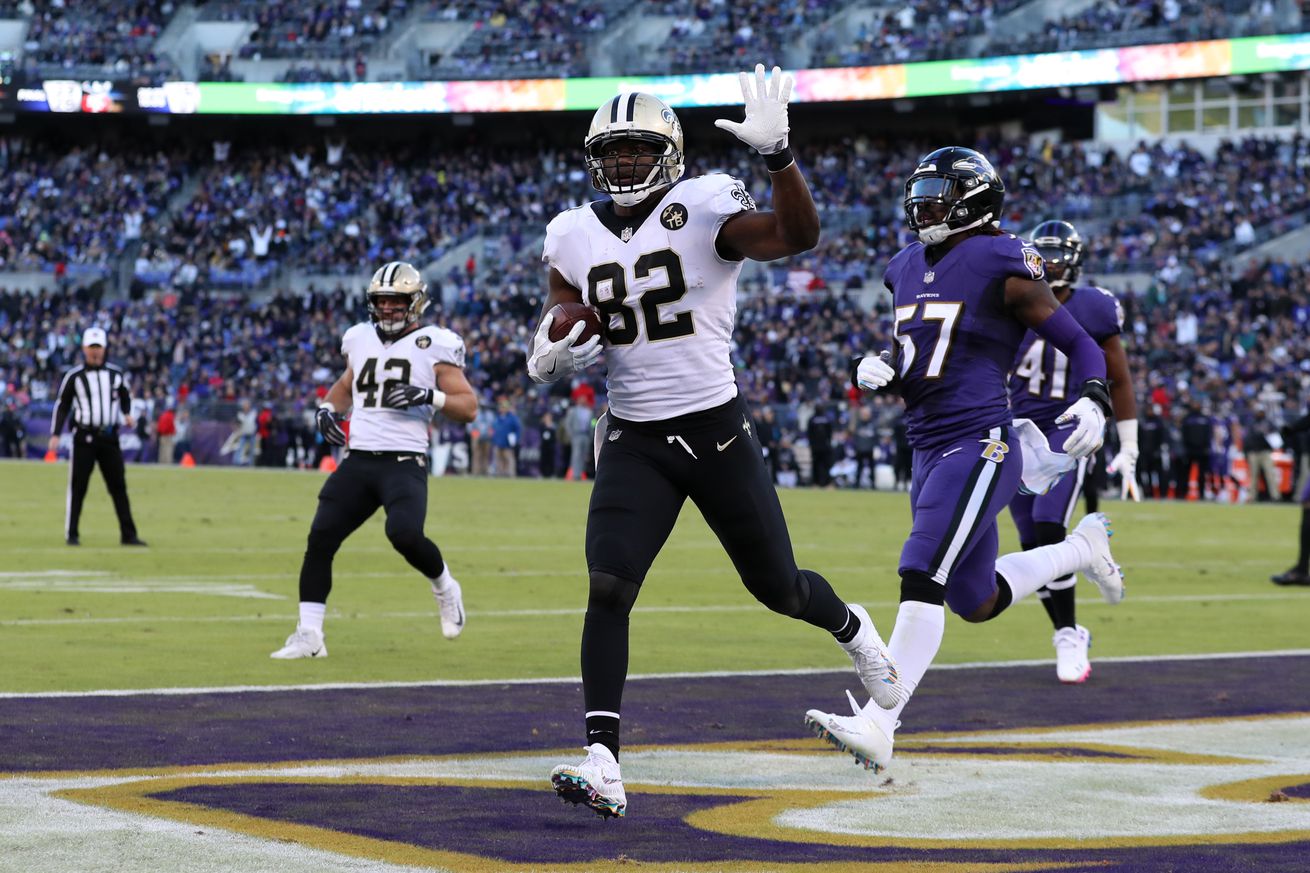 Sorry in advance for the headline.

Hey, so…a former Patriots first-round draft pick is reportedly considering un-retiring just a couple months after the 2019 season ends that just so happens to play a position that the team that drafted him 32nd overall in 2004 happens to be remarkably thin at, to the point when Pats Nation is praying nightly to the football gods that a sweet tight end prospect falls to…pick 32. In 2019. What a world.

According to Pro Football Talk, the retired life just may not be enough for super-veteran tight end Ben Watson, who played 14 seasons in the NFL and may be ready to give it one more go. Well, 14 seasons if you don’t count the 2016 season with the Ravens when he unfortunately tore his Achilles tendon in training camp.

Here’s what makes this potentially noteworthy for the Patriots, though – Ben isn’t trying to just come back and play one more year for (insert 1 of 16-20 teams that don’t have their….”act” together here). It’d have to be “the right offer from the right team”, and your brain can absolutely feel free to run with it from there.

The whole report is as follows (emphasis mine):

Watson, who indicated at the end of last season that it would be his last, is thinking he might play this year after all, according to Adam Schefter of ESPN.

A free agent who spent last season with the Saints, Watson would apparently play if he gets the right offer from the right team.

And here’s the Schefter report PFT was referencing:

Former Saints’ TE Benjamin Watson, who intended to retire after last season, is now considering a return to the NFL, according to sources. Watson is currently focused on welcoming twins next week. But after their arrival, he may be open to coming back to the right situation.

Congrats in advance to Ben, and while the word “may” is certainly doing A LOT of heavy lifting in Schefty’s tweet, it’s easy to make a list of teams you could count on one hand that you could figure would fit the bill.

If one were to speculate (which is exactly what I’m about to do), Watson’s short list probably includes his last team, the Saints, where he spent 2013-2015 and then came back for 2018 after his stint with the Baltimore Ravens, who just spent a first-round pick on Hayden Hurst and re-signed Nick Boyle to a 3 year, $18 million contract, so they’re probably out. An offer for the TE2 spot in Kansas City might be tough to turn down, and the same probably goes for the LA Rams where he could be a part-time player in an offense that lets everyone eat. Other than that, who’s left? In pure football terms, the Steelers could make sense, although they’re A) kind of tight against the cap at the moment, and B) well, everything else….the Bears or the Falcons could be a fun offense to play in, and *maybe* the Texans make the cut with the Bill O’Brien connection despite their knack for getting bounced on Wild Card weekend. That’s about it, right?

The working assumption, of course, is that he’d be open to re-joining New England, given that Belichick and TB12 obviously aren’t going anywhere, and maybe he can add to this guy:

Also, as Schefty’s article on ESPN points out, Watson has sneakily climbed his way near an all-time tight end list – Ben’s at 14th all-time in receptions by a tight end with 530, and he’s pushing 6,000 yards with 5,885 and 44 touchdowns, and tack on 234 more yards and 3 more scores in the playoffs. He’s also gotten snaps in (if not started) every regular-season game except one for the past six seasons (again, excluding the lost year in Baltimore), so he’s been remarkably durable even as a part-timer, given that, you know, the man’s about to turn 39 years old.

Just a couple months ago, this conversation could’ve seemed ridiculous, and maybe it still does – but your greatest tight end to ever walk the earth retiring and his partner in run-blocking crime heading down to South Beach kind of tend to have a way of changing the ballgame a little bit.

Either way, let’s see how the draft shakes out this week. We’re so close.