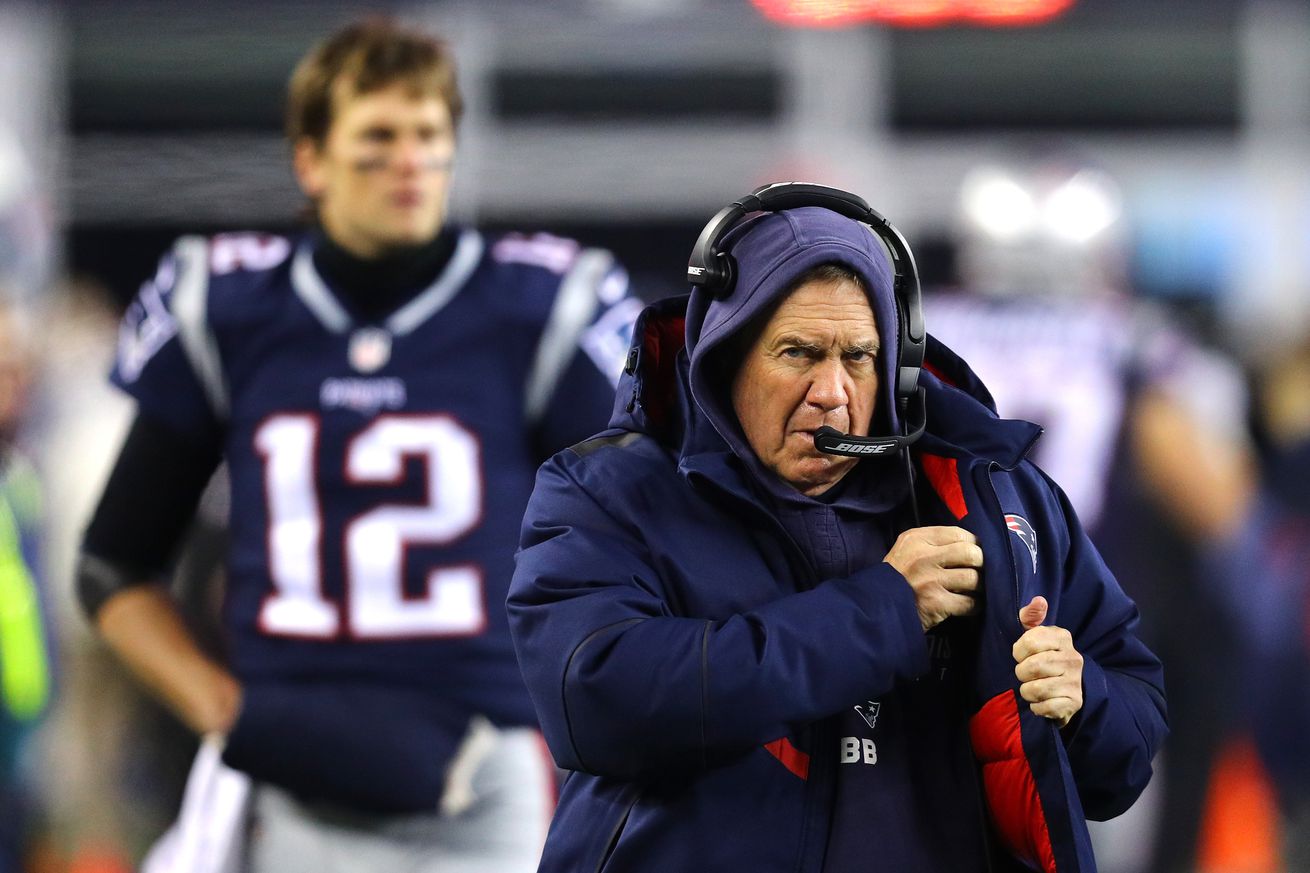 Where do the Patriots stand as we head into the draft?

The 2019 NFL Draft is one week away, with the first round starting on Thursday, April 25th and lasting into the weekend. The New England Patriots have done a solid job of building a roster through free agency that allows them to have a lot of flexibility during the draft.

The Patriots are tied with the New York Giants for the most picks in the draft with 12, while the Patriots have a league-high six selections in the first three rounds. No team is better suited to capitalize on this upcoming draft than the Patriots.

So with that in mind, I went through the roster to determine New England’s biggest roster needs for the 2019 NFL Draft.

The Patriots have no need at the running back position with the five players likely to make the roster- Sony Michel, James White, Rex Burkhead, Brandon Bolden, and James Develin– all locked up through 2020 or beyond. Develin is the only player over the age of 30, so there isn’t an aging player that needs to be replaced.

The Patriots don’t have a great need at cornerback, either. Stephon Gilmore is under contract through 2021 and is coming off an All Pro season. Jason McCourty is under contract through 2020 and while he turns 32 years old this summer, he’s still playing at a high level and there are players already on the roster that are ready to take over. J.C. Jackson has a ton of potential, while the team invested a second round pick in Duke Dawson last year.

The lone question mark is with Jonathan Jones, who is a free agent after this 2019 season. Jones is a core special teams player that helped out on defense. Perhaps Keion Crossen, who made the roster last year, could be stashed as a long-term Jones replacement. Still, that just reinforces that cornerback is a small priority when you’re looking to replace your fifth cornerback for the 2020 season.

The Patriots secondary is in great shape since the safety position is set, too. Devin McCourty, Patrick Chung, and Duron Harmon form the best safety trio in the league, and the team claimed former second-round pick Obi Melifonwu off waivers to round out the position. McCourty is the only player that is positioned to enter unrestricted free agency after the 2019 season, but it’s probable that the team will find a way to retain him.

Both McCourty and Chung are turning 32-years-old this summer, so there is a need to plan for the future at this position. But they’re both still playing at a high level where finding their replacement is not a pressing need.

The Patriots linebackers are coming off a strong season, with Dont’a Hightower, Kyle Van Noy, and Elandon Roberts playing at a high level. Add in Ja’Whaun Bentley, who was a promising rookie before his season-ending injury, and the linebacker position is in great shape with no one over the age of 30.

Still, Van Noy and Roberts are slated to be free agents after the 2019 season and Bentley is far from a proven commodity. There is some reason to keep an eye at this position, but there isn’t a need for 2019 and only the smallest need for 2020 at this point in time.

Both defensive line positions are in similar shape. All players projected to make the roster at either position are under contract or as a restricted free agent through the 2020 season. They boast a proven veteran that plays at a high level in Lawrence Guy and the Michael Bennett. They have a couple of rotational veterans that deserve to be on the field in Mike Pennel and Adam Butler, and in John Simon and Deatrich Wise. But then there are a whole lot of question marks and camp bodies fleshing out the roster.

Derek Rivers, Keionta Davis, and Trent Harris are all promising young players on the edge, but they shouldn’t prevent the Patriots from drafting a player if a quality option slides down the board. With Bennett already 33 years old, the Patriots could address the position in the draft and no one should blink.

The same competition doesn’t exist at defensive tackle, although there isn’t an aging veteran that needs to be replaced. David Parry, Ufomba Kamalu, and Frank Herron should not stop the Patriots from taking a defensive tackle if a player is available.

Still, there isn’t a huge need at either position since we’re looking at the fourth man on the depth chart. I would expect the Patriots to take a flier on a defensive lineman or two late in the draft.

Shaq Mason (signed through 2023) and David Andrews (signed through 2020) are already under contract, but Joe Thuney, Ted Karras, and Brian Schwenke are free agents after 2019. Hopefully the Patriots can sign Thuney, but the team should operate as if Thuney will not be back after this season and find a suitable replacement in the draft.

I wouldn’t be shocked if the Patriots used one of their third or fourth round picks on an interior lineman. In fact, I expect them to.

Tom Brady is ageless and Brian Hoyer is as good of a back-up as you’ll find in the NFL, but both are old and both are free agents after 2019. I don’t think anyone expects Brady not to re-sign, so his “free agency” is more of a formality and the reason why I don’t have this position in the “high needs” section.

Do the Patriots need to find a long-term replacement for Brady? Absolutely. Do they have to do it this year? Not really. They can afford to wait for the 2020 NFL Draft if they don’t find a player of their liking.

Still, I would draft a quarterback in rounds 3 or 4 every year between now and Brady’s retirement just to increase the odds of finding a franchise quarterback. Will Grier or Ryan Finley, come on down!

Marcus Cannon turns 31 years old in May. There isn’t another proven player at the position on the roster.

Sure, the Patriots invested a first round pick in Isaiah Wynn last year, but he tore his Achilles and shouldn’t be taken for granted. Who else is on the roster? Is Cole Croston the third-best offensive tackle, or could we make a real argument that sliding Joe Thuney out from guard to tackle would be the best move if there were an injury?

Injuries happen and the third offensive tackle on the Patriots roster has averaged 25% of the offensive snaps over the past five seasons. Tackle is a big need.

Who do you trust out of the Patriots’ receivers, other than Julian Edelman, who turns 33-years-old in May? Braxton Berrios is the only receiver under contract beyond the 2019, highlighting how big of a need this position is as New England enters the draft.

And at tight end, Austin Seferian-Jenkins is the only player with real starting experience and he’s a free agent after 2019. Would you trust any of the other tight ends on the roster to start at the position in 2019? Do you have expectations for any of the tight ends to develop into starters in 2020?

Both wide receiver and tight end are major needs for the Patriots. New England could add two players at each position in the draft and I wouldn’t feel like the team was wasting any resources. These are the two biggest needs for the team. We’ll see how the roster looks after next weekend.