N’Keal Harry has been consistent.

Let that sink in.

While Harry has occasionally produced an eye-popping play — whether in practice, games or even in college — he has not yet been a regular contributor in the New England Patriots offense, which has been a disappointment considering his draft status as the 32nd overall pick in 2019.

But, again, in training camp this year, Harry has been consistent. In his own words, he’s “stackin’ the days.” That’s crucial in an offseason where Harry seemed destined to end up on another team. He requested a trade earlier this summer; at the time, he seemed like he was on the roster bubble. But over the last two days (with one padded practice and one not), he has been one of the two best pass-catchers on the team. It’s early in training camp, but Harry seems to be on the path back to relevance.

Patriots wide receivers coach Mick Lombardi explained why he felt Harry was stringing together big plays at a faster clip, which included a back-shoulder catch along the sideline for 40 yards on Tuesday.

“Every rep for every receiver, especially N’Keal,” Lombardi said, “I always say you have to have a plan in terms of what they’re trying to do. That’s on the release, getting off the ball. And once they do that, then they’re in the phase within the route, and they’re trying to do something there – whether that’s getting hands off of them, or stacking the defender. That’s things we talk about.

“Then obviously a guy like N’Keal, a guy like Kristian Wilkerson, Isaiah Zuber – guys who are bigger – then their body comes into play and then they’re able to adjust to the football. That was an excellent throw by Cam (Newton), and he just went up and made a play. I think it was a great job of not only being big, but also having a plan on the route, using his hands, and running down the field with speed and confidence.”

It doesn’t sound like the trade request has created too much awkwardness around the Patriots’ facility. Bill Belichick said he spoke to Harry. Lombardi isn’t letting Harry’s uncertainty with the team change the way he coaches the youngster.

“N’Keal is a guy that I’ve grown to really admire and love,” Lombardi said when asked about the trade request. “He’s a player on our team and in our room and I think really highly of N’Keal for how he comes in here and works. I have a great relationship with N’Keal. We are business first. He comes in here and works extremely hard, and I appreciate that.

After seven days, Harry has looked like a lock to make the roster (or another roster, if he gets traded). The difficulty with Harry, however, is about stringing it together for the next six months. It’s nice to see him excel in August. Time will tell whether he’ll put up production in September, November, October, December, January and maybe — just maybe — February. 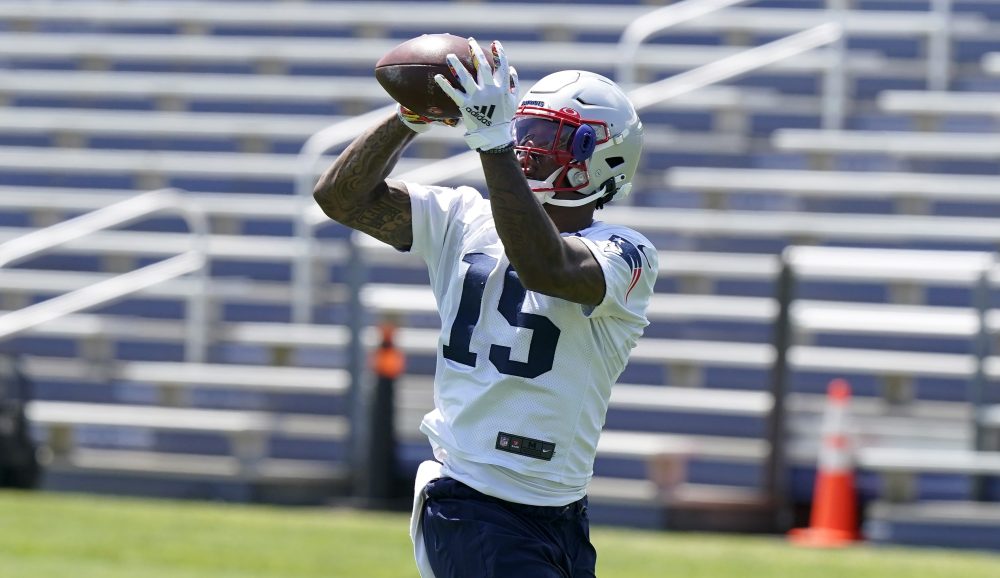