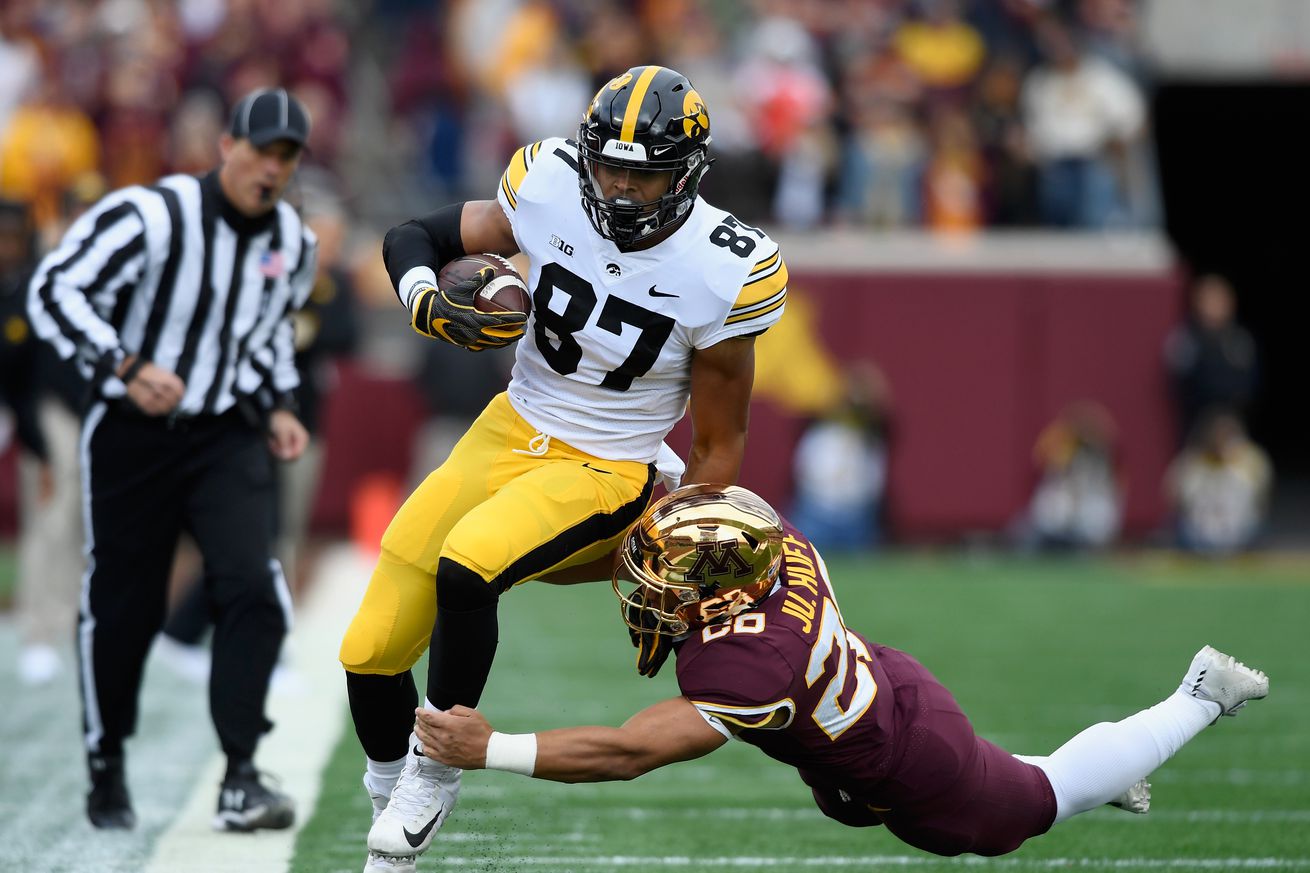 The Patriots should take one of these players early in the draft.

The New England Patriots continue to meet with the top prospects in the draft and have three of the best offensive skill players in the building on Thursday, per NFL Media’s Tom Pelissero and Sirius XM’s Alex Marvez.

The Patriots also met with the 6’5, 250 pound Fant at the NFL Combine, so they’re definitely showing real interest in the uber athlete. Fant is considered a receiving tight end and not a great in-line blocker, so his role with the Patriots would be different from Rob Gronkowski’s old job.

The Patriots met with the 6’1, 225 pound Brown at his Pro Day, so there’s real interest there, too. Brown has been overshadowed by teammate D.K. Metcalf, who torched the combine, but Brown is still a good athlete with 4.49s 40 yard speed and a 10-foot broad jump.

And, more importantly, Brown is a good route runner and has led the SEC in receiving yards in each of the past two seasons, gaining 1,252 yards in 2017 and 1,320 in 2018, while also ranking second in receptions each year. He also led the conference in receiving touchdowns in 2017. For comparison, Metcalf only recorded 569 receiving yards.

Patriots head coach Bill Belichick loves a player that thrives in the SEC and there’s been no better receiver than Brown, who is projected to be a first round pick. Dating back to 2001, no SEC receiver has averaged more yards per game than Brown (112 YPG) over a two-season window.

The Patriots also met with the 5’11, 215 pound Samuel at the NFL Combine. Samuel is a do-it-all player that can catch the ball at every level of the field, run the ball out of the backfield, and return kicks. He’s a tough player that could flourish in the New England offense, especially playing in the slot with impressive yards-after-the-catch ability.

On the other hand, Samuel has always battled injuries, with 2018 being his first full season. Samuel is expected to go in the second round, so is he worth the injury risk?