The NFL announced the New England Patriots’ 2022 schedule with times and dates for every week until the final game of the season. And though those times are subject to change — based upon the NFL’s flexible broadcast schedule — it’s a big moment to see exactly how the schedule will lay out.

The less ceremonious part of the schedule release is the layout of the preseason. So far, we don’t actually have the times or dates — just the list of opponents. But it’s an interesting list. New England has its annual appointment with the New York Giants — an ongoing tradition. Earlier this offseason, coach Matt Rhule confirmed the Patriots and Carolina Panthers would conduct joint practices and play each other in the preseason.

And it also makes perfect sense that the Patriots would match up against the Las Vegas Raiders, with coach Josh McDaniels taking over the team for his first season. The one oddity is that the Patriots and Raiders play during the season — so teams are sometimes cagey against teams they’ll actually face. But perhaps there is already so much familiarity between the teams that they figure it won’t make much of a difference.

But that will make for two sets of joint practices in the final weeks of training camp. 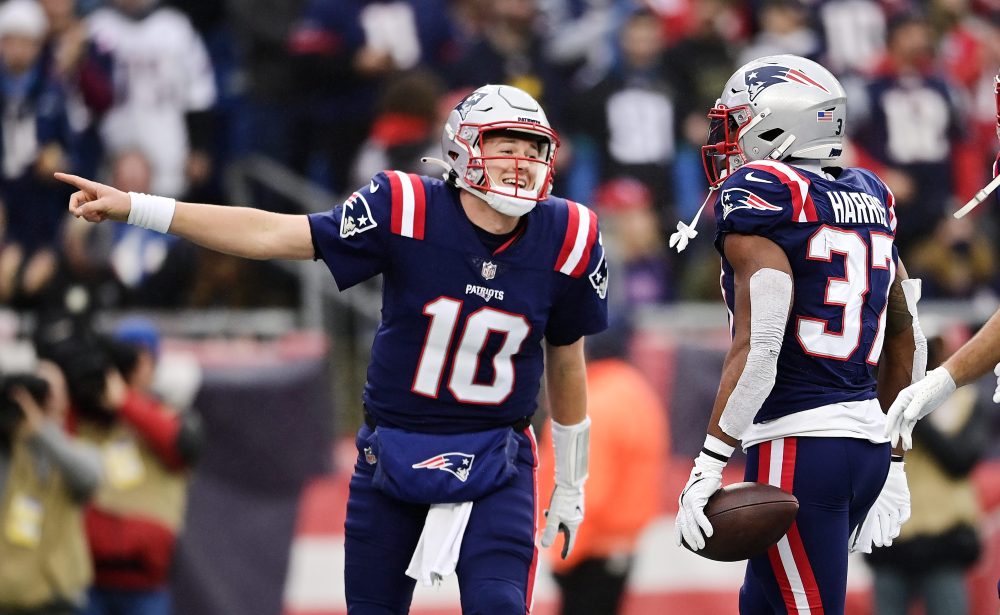