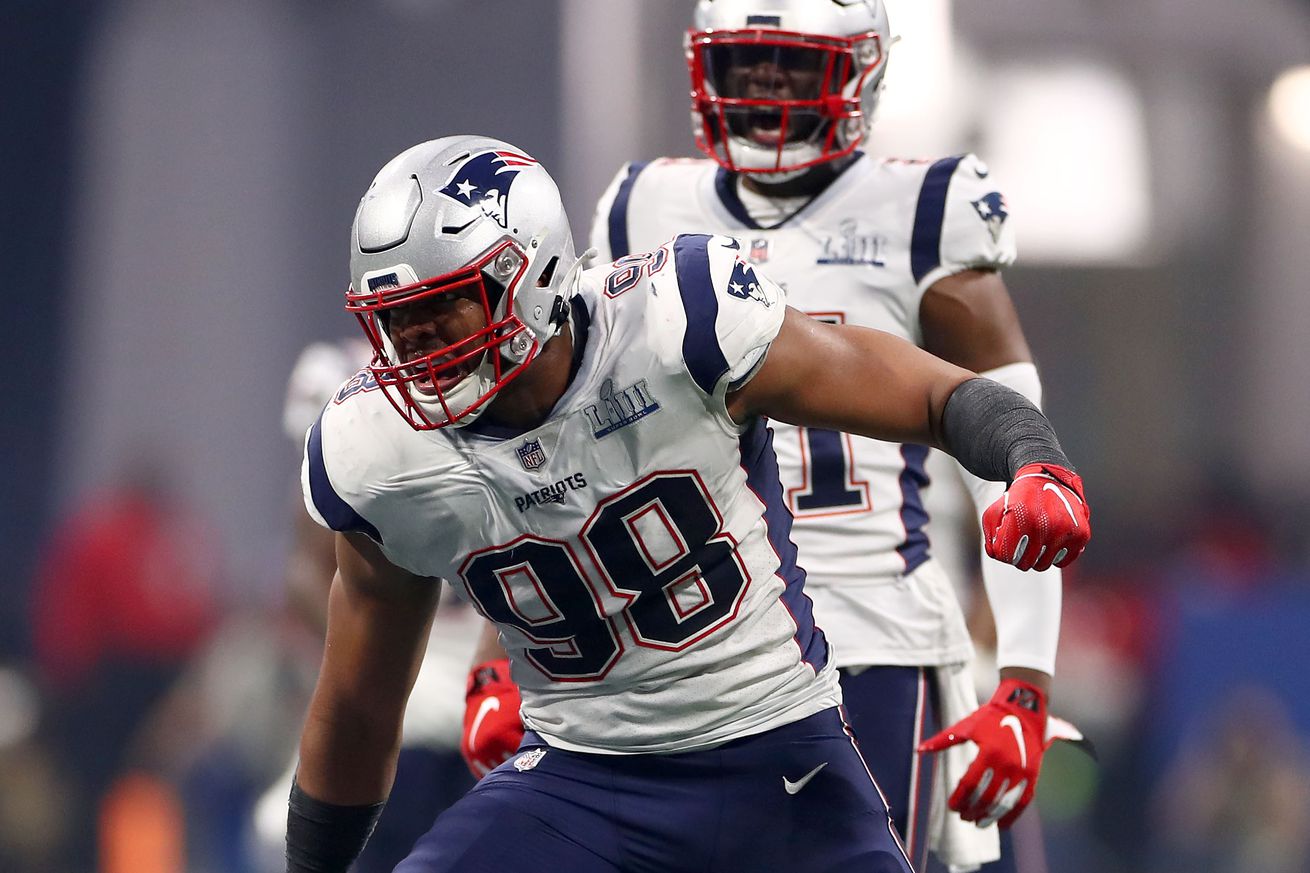 Both teams had a need. They addressed them in completely different ways.

The New England Patriots had a pass rusher that was going to get a major pay day and the team both could not afford to pay what he would receive on the open market, nor would they want to match the price for the sake of building the roster. Instead, the Patriots decided to say good bye to their Super Bowl champion and move on.

I’m talking, of course, about the Patriots’ decision to send Chandler Jones to the Arizona Cardinals for a second round pick and offensive guard Jonathan Cooper.

The reason I bring this up is because the Kansas City Chiefs have been wheeling-and-dealing on their defensive line this offseason, sending Dee Ford to the San Francisco 49ers and acquiring Frank Clark from the Seattle Seahawks. The Chiefs believe they’ve improved at the pass rushing position with this player swap because they handed Clark a 5-year, $105.5 million deal that they weren’t going to give Ford.

The Chiefs have their way of fixing their problems. It’s completely different from what the Patriots have done.

I’m hoping everyone understood my extremely lame misdirection at the start of the article, as the Patriots waved good bye to Trey Flowers this offseason. The Patriots have moved a lot of pieces on the defensive front, too.

The Patriots made the decision to exchange Trey Flowers and a 2020 fifth round pick for former Philadelphia Eagles defensive lineman Michael Bennett, a 2020 seventh round pick, and what projects to be a compensatory third round pick in 2020 (likely the 98th overall pick). The Patriots gave Bennett some extra money after the acquisition, but it pales in comparison to what the Chiefs just spent on Clark.

It’s good to summarize the Chiefs’ transactions and compare them to the Patriots’. The Chiefs effectively exchanged Dee Ford and the 29th overall pick (first round) of the 2019 NFL Draft for Frank Clark. The Chiefs are also sending what projects to be the second round pick they acquired from the 49ers to the Seahawks, and they are moving up eight places in the third round of the upcoming draft, but those pieces either net out or are relatively negligible.

The fact that the price tag for Jones (second round pick) and Ford (second) were so different from the asking price for Clark (first, second) and Khalil Mack (two firsts), when all four needed major pay days is certainly worth examining, and could suggest which teams were “buying” (Chiefs with Clark, Bears with Mack) and which teams were “selling” (Patriots with Jones, Chiefs with Ford). But I am curious to hear what people think drove these different pricings.

Regardless, Trey Flowers and Dee Ford were two of the top ten defensive ends in the NFL this past season, and they will be replaced by two defensive ends that were in the next tier down. Clark is an ascending player, while Bennett is at the end of his career, but Bennett still tied Flowers himself with the third-most quarterback pressures in 2018.

The Patriots made a pick-swap from the fifth round to the seventh round in next year’s draft and gave their new player a 2-year, $16.8 million deal- and should receive a third round compensatory pick in 2020. The Chiefs just spent a first round pick and over $100 million to get their replacement.

One team has been the model for success over the past two decades. It’s pretty easy to see why.