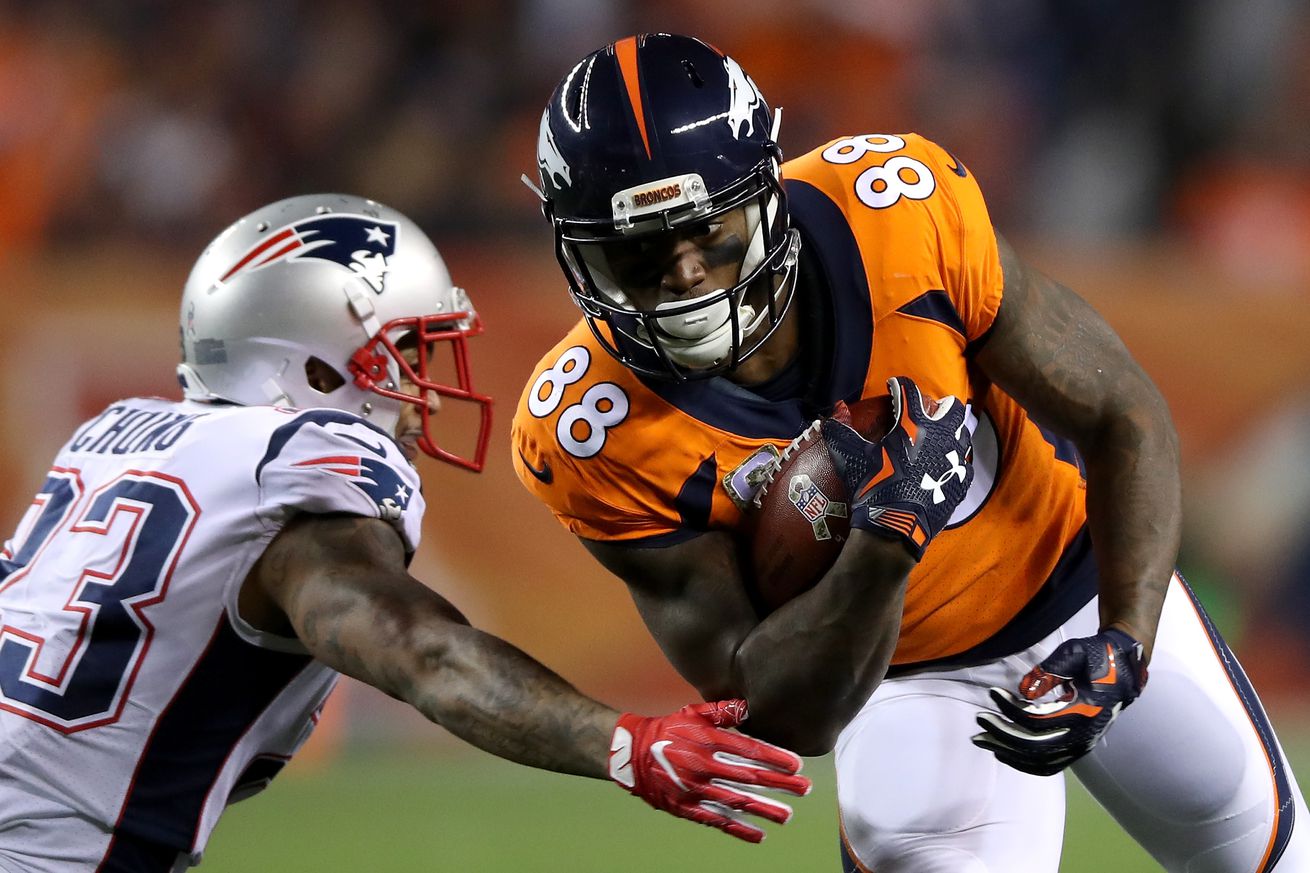 Will Thomas help the offense?

The 6’3, 230 pound Thomas was a first round pick in the 2010 NFL Draft, who was exceptionally productive with Peyton Manning at quarterback from 2012-2015. That production fell upon Manning’s retirement and he was eventually traded to the Houston Texans midway through the 2018 season for roughly a fourth round pick. Thomas unfortunately tore his Achilles in week 16, so he’s likely going to have to rehabilitate his injury for much of the offseason.

Thomas plead guilt to careless driving back in February for driving 70 in a 30 MPH zone, leading to a crash, and has one year of probation.

New England needed depth at receiver and Thomas is an intriguing option. His Achilles injury forced him out of his first game since the 2011 season. He still posted 2,032 receiving yards in the two years after Manning retired, before this past season. When healthy, Thomas can be a solid outside wide receiver and red zone target.

The question is how long will it take for him to get healthy.

Per NFL Media’s Ian Rapoport, Thomas’s contract is for 1-year and is worth up to $6 million, so it’s likely to be heavily incentive laden due to his injury. If he can get anywhere close to the level he was at prior to the injury, that contract would be a bargain.

The New England Patriots’ depth at wide receiver is currently: