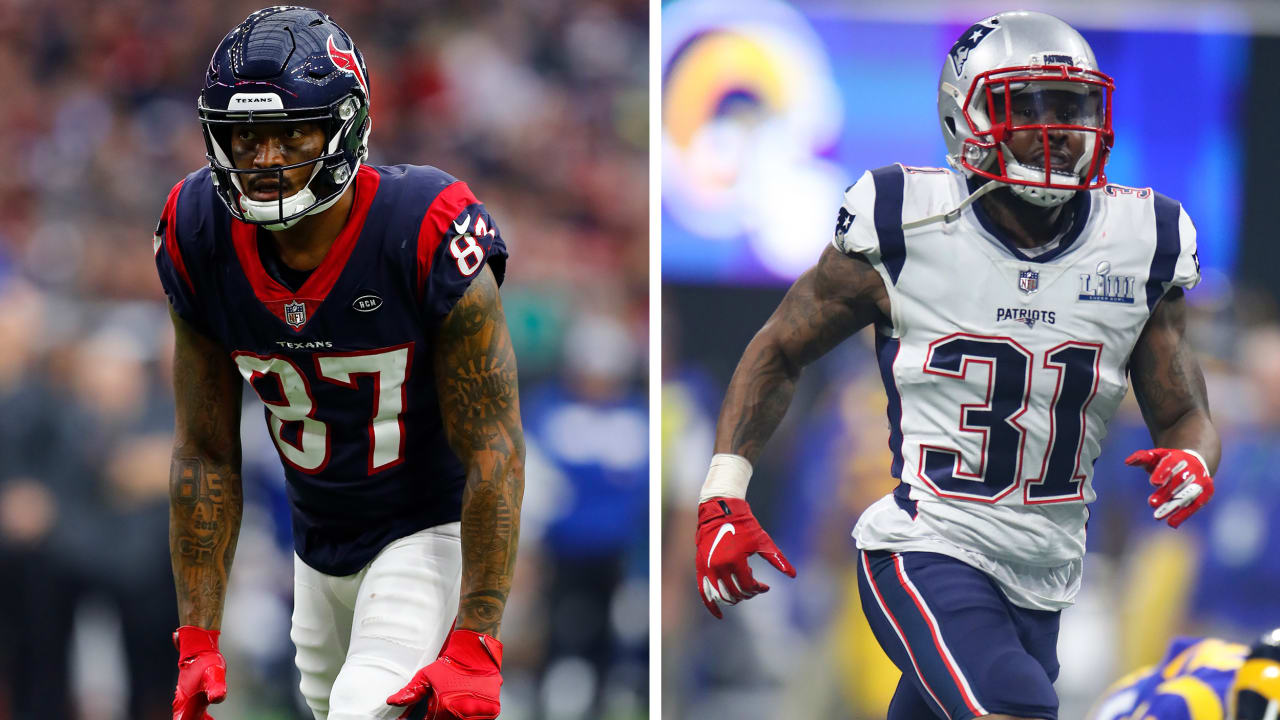 Thomas owned a five-year 1,000-yard receiving season streak that spanned through 2016 campaigns and also earned five consecutive Pro Bowl berths during that time. He established Denver’s single-season record with 1,619 receiving yards in 2014. Thomas joined Marvin Harrison and Jerry Rice as the only NFL players with three consecutive 1,400-yard and 10-touchdown seasons from 2012 through the 2014 season.

Last season, he started the first eight games of the year for Denver, finishing with 36 receptions for 402 yards and three touchdowns, before being trading to Houston, where he started in seven games and finished with 23 receptions for 275 yards and two touchdowns. He was injured in the regular-season finale and was placed on injured reserve for the playoffs.

Jones, 25, is a veteran of three NFL seasons with New England after he originally joined the team as a rookie free agent out of auburn on May 6, 2016. The 5-foot-10, 190-pounder has played in 48 regular-season games with 10 starts and has 92 total tackles, 2½ sacks, four interceptions, 16 passes defensed and 18 special teams tackles. He has also played in seven postseason games with two starts and has added 11 total tackles, one sack, one pass defensed and five special teams tackles.

Last season, Jones played in all 16 games regular-season games with five starts in the nickel defense and finished with a career-best 50 total tackles, 1½ sacks, three interceptions, seven passes defensed and six special teams tackles. He started in two of three postseason games, including the Super Bowl LIII win vs. L.A. Rams and totaled 10 tackles, one sack and one pass defensed.