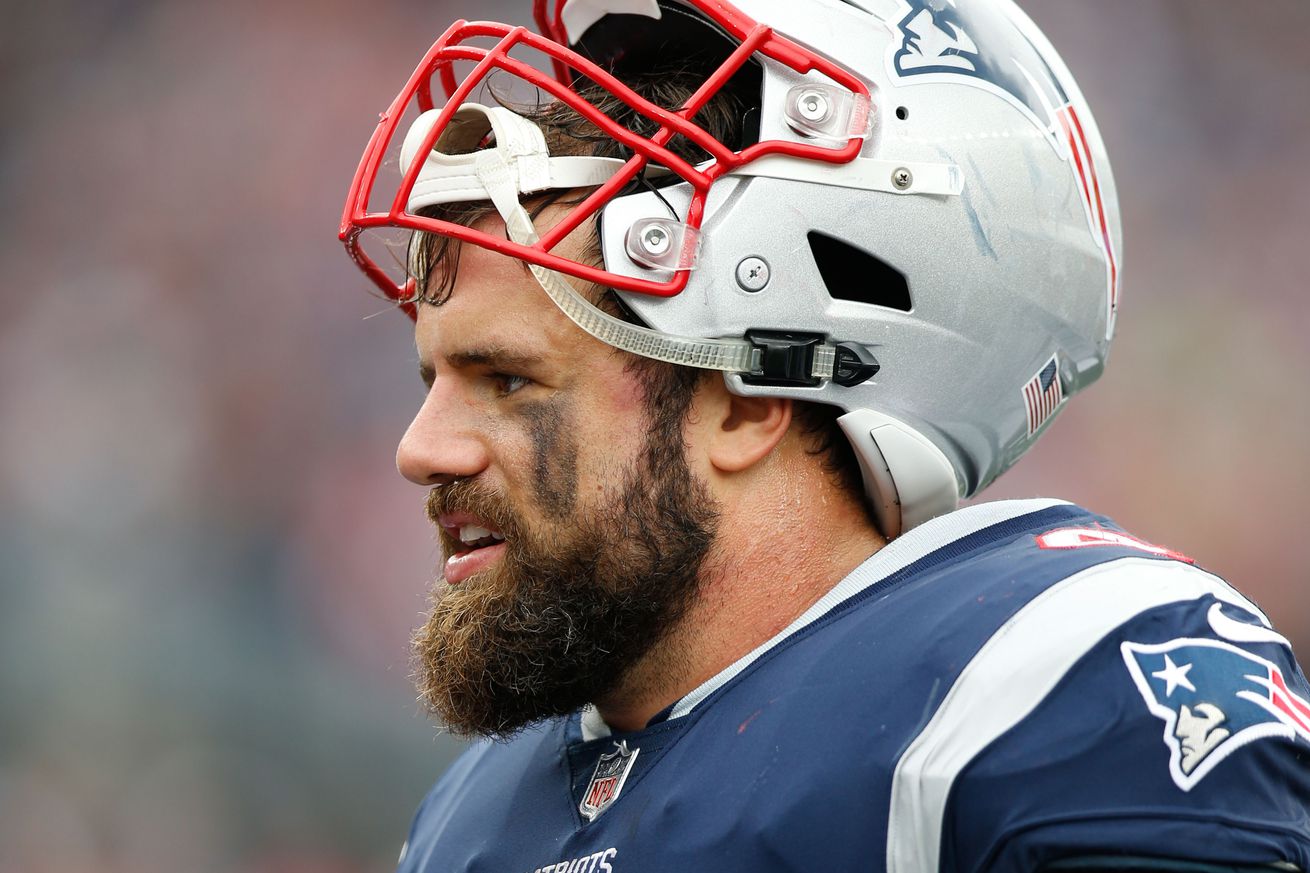 Develin is one of the NFL’s best players at his position.

The New England Patriots, who will be off until training camp starts later this month, currently have 89 players on their active roster. However, only 53 of them will be able to survive the cutdowns on August 31 and ultimately make the team. Over the course of the summer, we will take a look at the players fighting for those spots to find out who has the best chances of helping the Patriots defend their Super Bowl title.

2018 review: James Develin’s 2018 started with him signing a two-year, $3.8 million contract extension in June that will keep him with the Patriots through the 2020 season. The veteran fullback immediately showed that the team’s investment was worth it: he remained a reliable cog in New England’s offensive machinery and once more saw regular playing time as a fullback/tight end-hybrid.

Statistically speaking, Develin’s 2018 season was the best of his NFL career. As a short-yardage back, he was handed the football a career-high 8 times during the regular season and playoffs — turning half of those runs into touchdowns (and 13 yards worth of ground gained). Develin was also regularly moved around the formation — from tight end to outside receiver — in the passing game. He caught a combined 13 passes for 70 yards.

Most of Develin’s playing time, however, was spent as a blocker out of the backfield. As such, he helped New England rush for 2,037 yards and 18 touchdowns during the regular season — fifth and fourth best in the NFL respectively — before the team turned up the pace in the playoffs: the Patriots averaged 161.7 rushing yards over their three postseason contests, a large portion of which while running behind Develin.

Run-blocking, however, was only one part of his duties: Develin may have arguably been even better as a pass protector last year, albeit in a smaller sample size. According to advanced analytics website Pro Football Focus, the Brown product surrendered just two quarterback pressures — one hit, one hurry — on a combined 20 pass-blocking snaps. For comparison, he played as a run-blocker on 339 occasions.

On special teams, Develin’s role again looked like it did in previous seasons. The former practice squad player served as an interior member of the Patriots’ kick coverage units and was also used as a wedge blocker in the kickoff return game. In that role he a) helped Cordarrelle Patterson score the Patriots’ only kickoff return touchdown of the season, a 95-yarder in week seven against the Chicago Bears, and b) registered four tackles and a forced fumble.

All in all, 2018 was a typical season for the versatile veteran. As a traditional fullback, rotational tight end, and member of New England’s jumbo and special teams packages, Develin saw regular action each week. And even though he did only irregularly show up on the stat sheet, he again proved himself an important and valuable member of the Patriots’ backfield, tight end depth chart and kicking game groups.

2019 preview: Develin’s team-friendly contract — he is scheduled to hit the Patriots’ books with a salary cap hit of $1.6 million in 2019; 34th highest on the team — and status as arguably the NFL’s best fullback make him a lock to be on New England’s 53-man roster this upcoming season. And as such, he will once again play his usual role: Develin will be the team’s lead blocker out of the backfield as well as a depth option at the tight end position.

Furthermore, the soon-to-be 31-year-old is also projected to see regular playing time in the kicking game once again. And while Develin will never stand out on the stat sheet, as evidenced by his 52 total career touches, he will continue to play the role the coaching staff asks him to play at a high level. He therefore embodies the Patriots’ ‘Do Your Job’-mentality and will continue doing just that in 2019.