Veteran safety Patrick Chung has agreed to terms on a one-year extension with the Patriots, ESPN’s Field Yates tweets. This deal will keep the veteran safety in New England through the 2021 campaign. 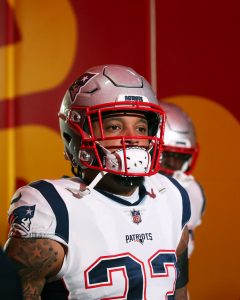 Chung signed a similar extension with the team during the 2018 offseason, keeping him with the team through the 2020 campaign. The safety has spent nine of his 10 seasons with the Patriots, appearing in five Super Bowls with the team.

The 31-year-old will keep a level of stability on a Patriots defense that has undergone several changes since they won the Super Bowl in February. Gone are several coaches, including defensive coordinator Brian Flores, who took the head coaching gig with the Dolphins shortly after the victory over the Rams. In fact, the team doesn’t have a defensive coordinator at the moment after Greg Schiano unexpectedly decided to not take the job.

In Super Bowl LIII, Chung suffered a broken arm in the third quarter of the team’s 13-3 victory over the Rams. A few days later, he underwent surgery to repair the injury. He was also set to undergo another procedure this offseason, one on his shoulder. The pair of procedures are expected to keep him out through Organized Team Activities, but he should be good to go for training camp.

In 2018, the longtime Patriots safety played in 15 games and started 14, registering one interception and 84 tackles. Still operating at a high level, he rated as the No. 30 safety according to Pro Football Focus, with an above-average grade of 72.7.