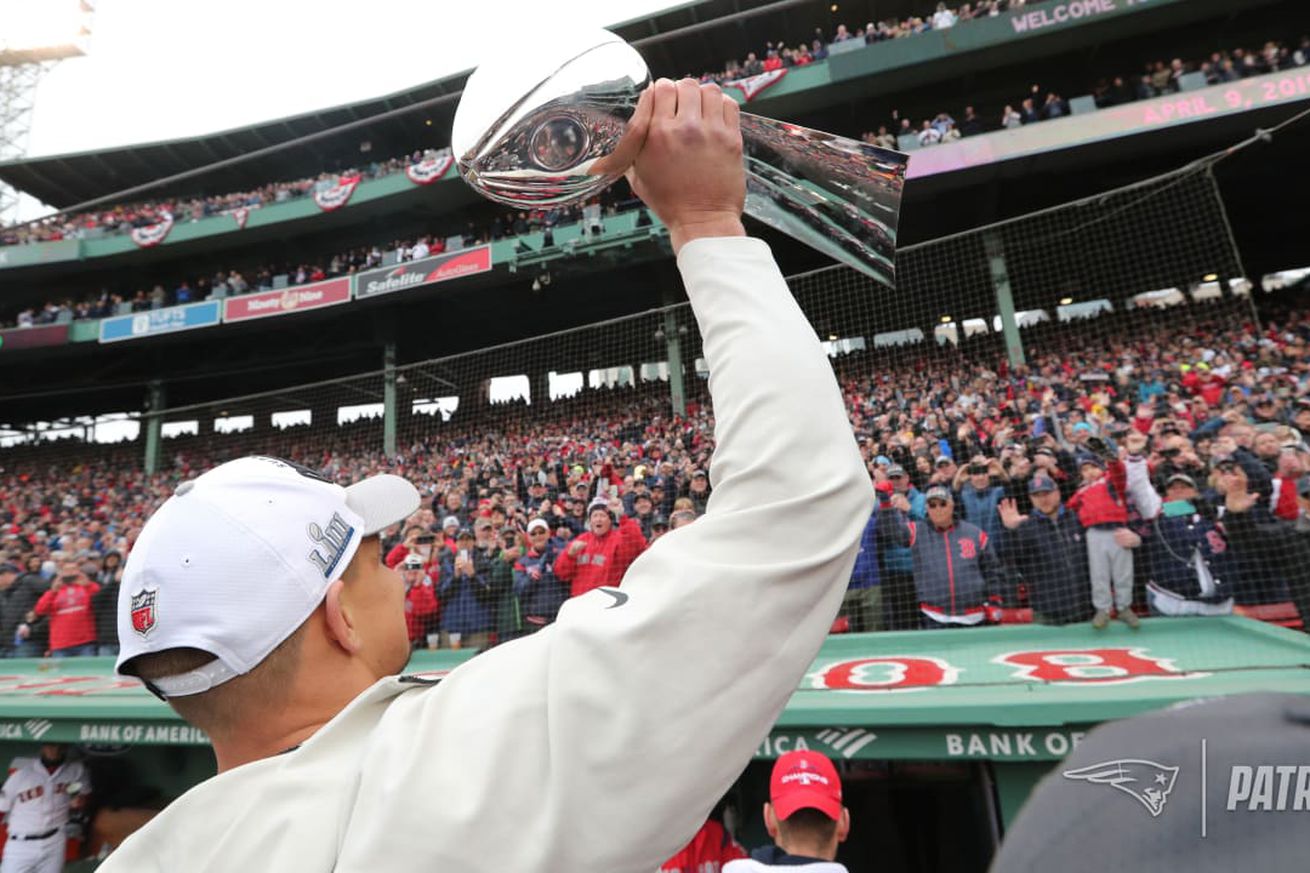 How else would you dent it?

New England Patriots tight end Rob Gronkowski used the Lombardi Trophy as a baseball bat to hit a baseball pitched by Julian Edelman and dented it.

Read that sentence. Let it sit for a bit. Re-read it.

Gronk retired in the best possible fashion. Patriots.com has the story.

.@RobGronkowski left a mark on this organization.

And on the sixth Lombardi. pic.twitter.com/t5IVTyCXcA

Brian Hoyer: The first thing I remember is Julian [Edelman] like, “Hey, if I’m throwing out the first pitch, I need to get loose. I need to warm up.” […] Somebody had the bright idea to have Rob go be the hitter while Julian was practicing pitching.

Keion Crossen: You see Gronk with the trophy, and you see Julian at our fake mound. He’s at the fake mound preparing to pitch like it’s the World Series and Gronk is just the final batter here. He’s definitely not going to hit it.

Matthew Slater: I see Rob standing at the backdrop where they’ve been throwing with the trophy, wielding it around like he’s getting ready to swing for the fences, but I say to myself, “Certainly that’s just Rob having some fun. He would never hit the ball with that.”

Anonymous Patriots player: Everybody who was there watching was thinking the same thing, but also wanting to see it. It was kind of like our child side was like, “We really want to see this happen,” and then our adult side left the room. We were just like, “Let the kids play.”

Joe Cardona: Julian threw the ball right down the middle, and Rob squared up a bunt. He made great contact.

Ted Karras: It sounded exactly what you think a baseball hitting the Lombardi trophy would sound like.

There’s video of it happening on the website and reactions from all the players. Check it out here.