Julian Edelman retired this offseason with a video that emphasized the fact he’ll end his career as a New England Patriot.

Regardless, it’s still been fun to poke fun at the idea of him joining Tom Brady and Rob Gronkowski with the Tampa Bay Buccaneers. The trio spent nearly a decade together in Foxborough and became extremely close friends over that duration. Edelman watched his two friends win a Super Bowl in Tampa last season while struggling to stay on the field with the 7-9 Patriots.

On a Zoom call during the 2021 NFL Draft, Brady continued to pry at the idea with an interesting comment. “We know Julian didn’t retire,” Brady said. “Let’s be honest, he’s just too scared to tell Bill (Belichick) he wants to come to Tampa.”

Pat McAfee discussed this conversation on his show last Saturday, but Edelman shut the idea down on Sunday by saying, “ain’t going any where Bubs #foxboroforever.”

Ain’t going any where Bubs #foxboroforever

The 34-year-old retired with chronic knee issues and he doesn’t plan on rethinking that decision. 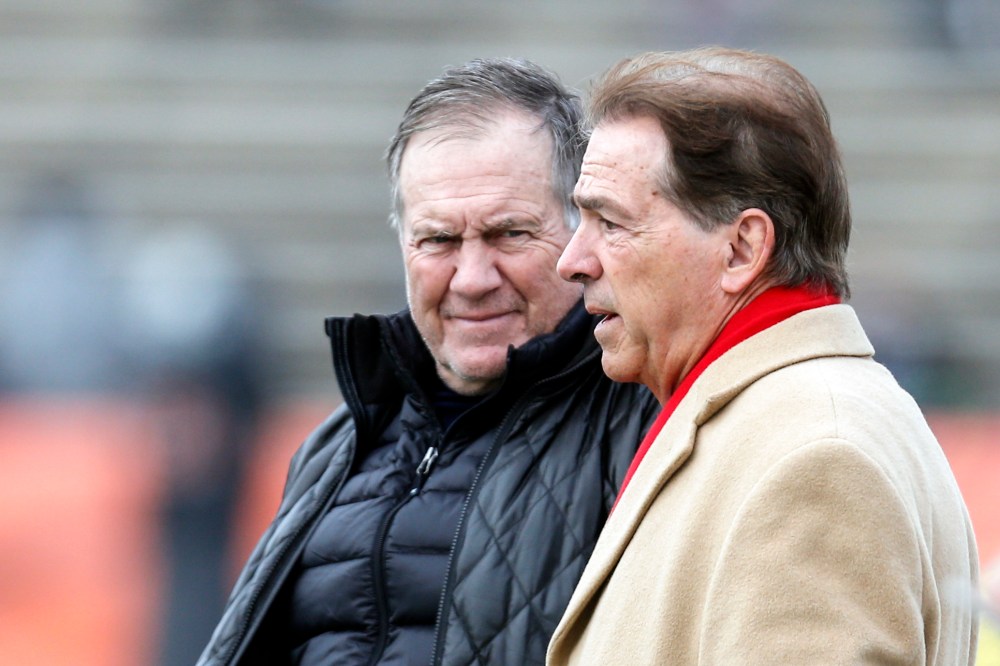