Mac Jones couldn’t hide his dissatisfaction. The New England Patriots quarterback lost his NFL debut and practically looked on the verge of tears as he left the field and headed to the team’s locker room. A few teammates, including center David Andrews, saddled up to raise Jones’ spirits.

Tight end Jonnu Smith, who finished his Patriots debut with five catches for 42 yards, knows Jones well enough to recognize his quarterback would be.

“That’s just who he is, man. He’s hard on himself,” Smith said on Monday. “I love seeing that. He’s a great competitor, a hard worker. He holds himself to a high standard. He gave us a chance to win. I know we all, of course, could have scored more points in the red zone and been able to do some things better offensively and most importantly, take care of the football — including me. So there’s definitely some things that we’ve all got to clean up, but he’s getting it. He’s getting it, he’s growing and he’s just getting better.”

Jones finished the night completing 29 of 39 passes (74.4%) for 281 yards and a touchdown at 7.2 yards per attempt. He took a sack fumble on the first dropback of the game, an uncharacteristically frazzled play for the rookie. He was otherwise steady, with a quarterback rating of 102.6.

“I believe that he put us in a position to win. That’s all you can ask for from a quarterback,” Smith said. “I think he was very poised, very confident, and that’s what you love to see, especially out of a young guy. You knew he was going to control the offense, and I know he’s going to do everything in his power to come back and get ready for this week’s opponent and be better. But I thought he played really well, and it was definitely good to see. … I thought he played really well. Really confident. It was good to see.” 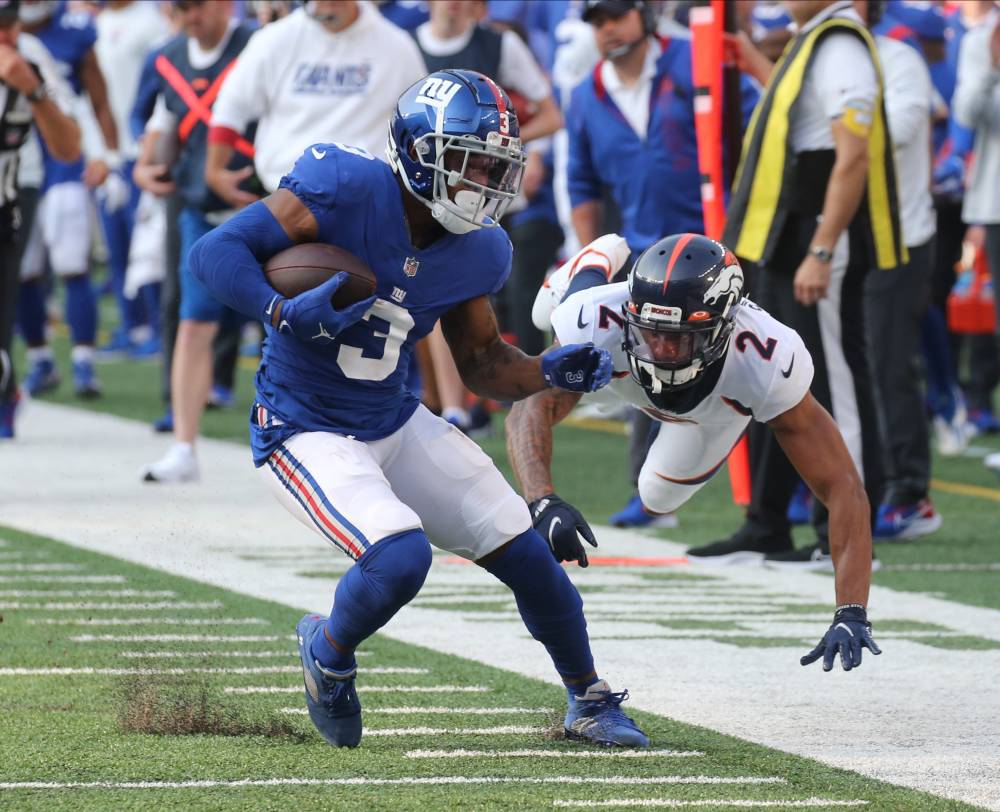