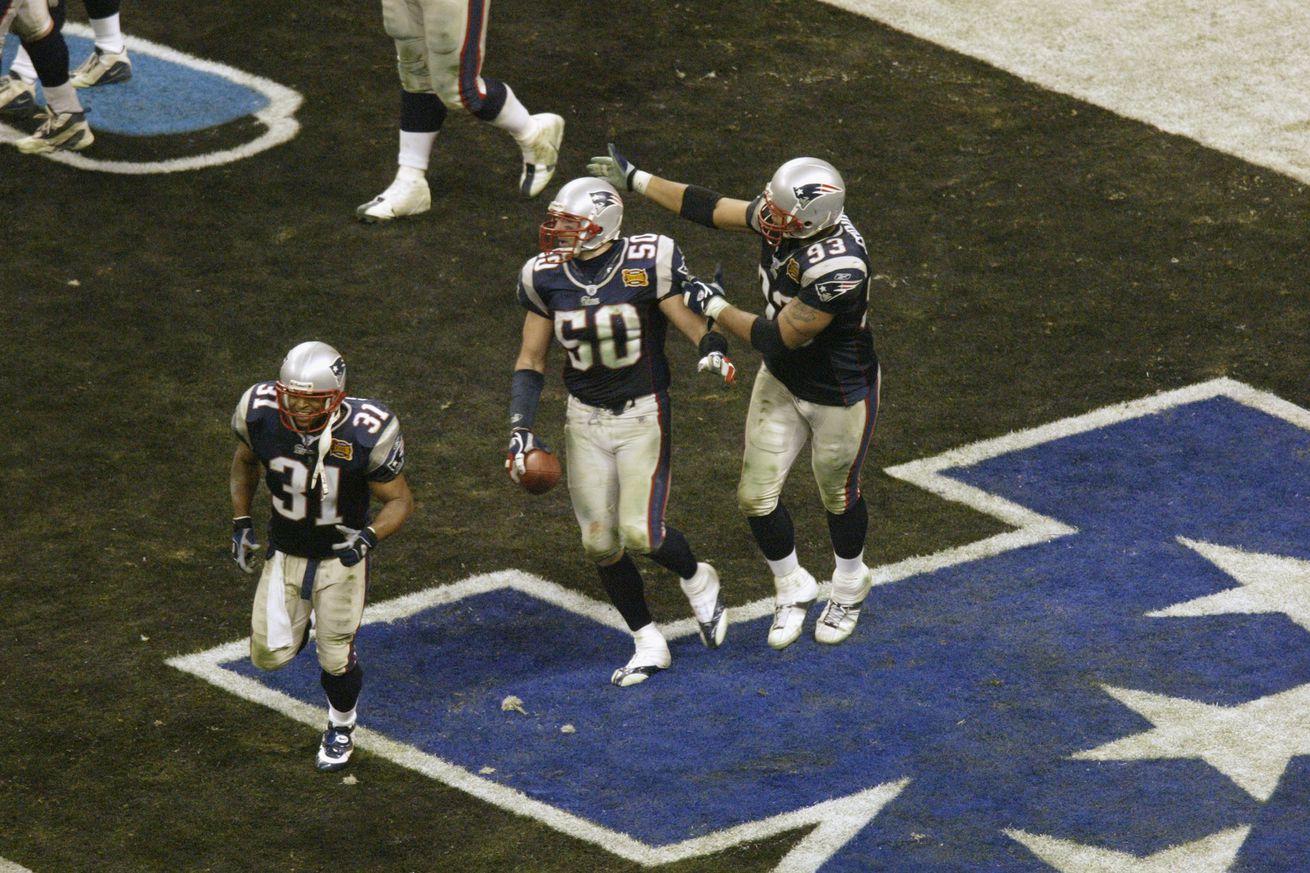 The Patriots trio all have a great chance of making the team’s Hall of Fame.

The New England Patriots announced the three finalists for the team’s 2019 Hall of Fame. A 23-person committee selected Mike Vrabel, Richard Seymour, and Rodney Harrison as the three players nominated for the honor.

Seymour, for his part, thinks all three should get in at the same time.

In 2001 we started something new by entering the field together as a team, 1 unit focused on bringing the Pat’s it’s 1st SB.

knowing how instrumental these guys were to me as a player and as friends, it would be an honor to walk in together with my brothers. https://t.co/0L34TaI6JX

What do you think?

Below are excerpts from the team’s official press release.

Vrabel is recognized as one of the best free agent signings in team history. He joined the team prior to the 2001 season. […] During his eight-year tenure in New England, Vrabel played a major role in the Patriots dynamic run that included three Super Bowls in four years (2001, 2003 and 2004). As a Patriot, he caught eight regular-season passes and two more in the playoffs. All 10 of his receptions were for touchdowns, including touchdown receptions in back-to-back Super Bowl wins over the Carolina Panthers in Super Bowl XXVIII and Philadelphia Eagles in Super Bowl XXXIX. He was a four-time team captain, including during the 2006 season when the defense set a franchise record by allowing just 14.8 points per game and just 237 points – the fewest by the Patriots in a 16-game season. His 48 career sacks with the team are the seventh-most in franchise history. In 2009, he was voted to the Patriots 50th Anniversary Team as an outside linebacker along with Andre Tippett and the 2000s All-Decade Team along with Willie McGinest.

Seymour spent the first eight seasons of his 12-year NFL career with the Patriots and played an important role in delivering six division titles, four conference crowns and three Super Bowl championships to New England. He was named to five straight Pro Bowls with the Patriots (2002-06) and earned three straight first team All-Pro honors (2003-05). His five Pro Bowl berths are the most by any Patriots defensive lineman since the 1970 NFL merger. He was also a four-time team co-captain. In 2009, he was voted to the Patriots 50th Anniversary Team and the 2000s All-Decade Team. Earlier this year, Seymour was one of 15 finalists for the Pro Football Hall of Fame’s Class of 2019.