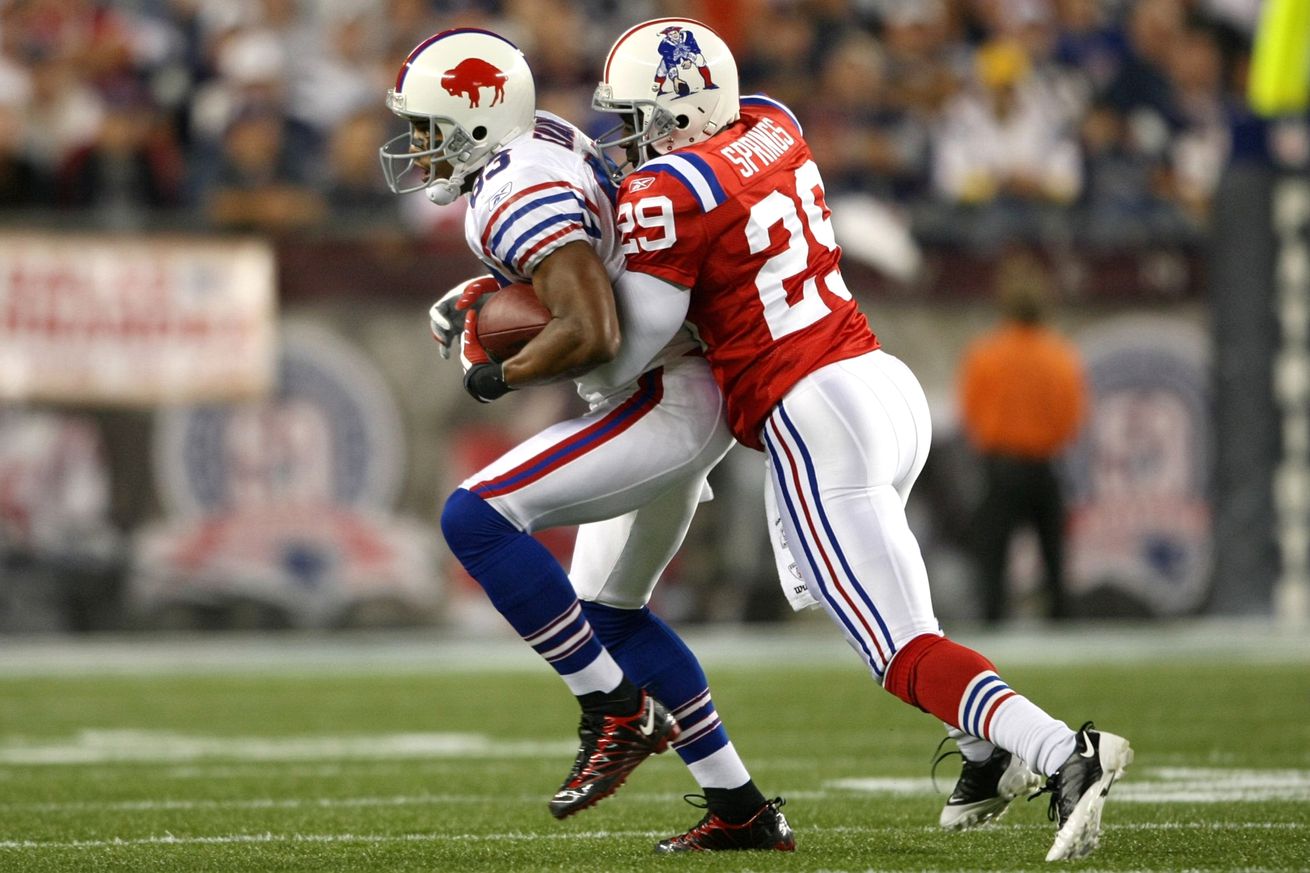 The ex-Patriot has helped Dwayne Haskins become a first-round prospect.

When the New England Patriots are on the clock tomorrow night, Dwayne Haskins is expected to be long gone: the Ohio State prospect is among the top quarterbacks to enter the 2019 draft and as such could become one of the first ten players to hear their names called by Roger Goodell on Thursday. At least indirectly, the Patriots have a hand in this as one of their former players has taken Haskins under his wings.

Shawn Springs, who was in New England for the final season of his 13-year career, helped the quarterback grow into a likely day one selection. Springs guided Haskins through high school and helped him grow into one of the best quarterbacks college football had to offer last year: appearing in 14 games for the Buckeyes, Haskins completed 70% of his pass attempts for a combined 4,831 passing yards, 50 touchdowns and a mere 8 interceptions.

For Springs, this development did not come as a surprise. “I knew he was going to be special,” he told Bleacher Report’s Adam Kramer early during Haskins’ final season at Ohio State — and the praise for the soon-to-be first-rounder did not stop there, as a former teammate of Springs’ also was mentioned by the now 44-year-old. “I’ve played with two quarterbacks in my life that I feel are better than him: Tom Brady and Warren Moon. I know how that sounds, but I truly believe it.”

When he first saw Haskins throw a football, Springs was already retired from the league. After he joined the Patriots as a free agent in 2009 and quickly became a starting cornerback for the team, the veteran failed to establish himself as a reliable presence in New England’s secondary. The team therefore opted to cut Springs only one season into his three-year contract and after they had drafted Devin McCourty in the first round of the 2010 draft.

Springs failed to find a new home and decided to step away from the game later that same year. Nine years after the former All-Pro’s retirement, his impact on the NFL will still be seen again in the form of Haskins: after watching him at a middle school passing camp, Springs became a mentor for the teenager and even convinced his family to relocate to Maryland to further help his growth into a four-star recruit and bona fide draft prospect.

Haskins’ chance to live up to the expectations his mentor has in him will likely come with one of the quarterback-needy teams in the draft — the New York Giants and Washington Redskins are both seen as prime candidates to invest in Haskins should he be available. Springs’ final NFL team, of course, also is in the market for a passer considering that the aforementioned Tom Brady will turn 42 in August. However, Springs’ protégé is unlikely to fall down the board and into the Patriots’ range.

Nevertheless, New England might still cross paths with Haskins — and by extension their former cornerback as well — in 2019 as both Washington and New York are on the reigning world champions’ schedule.