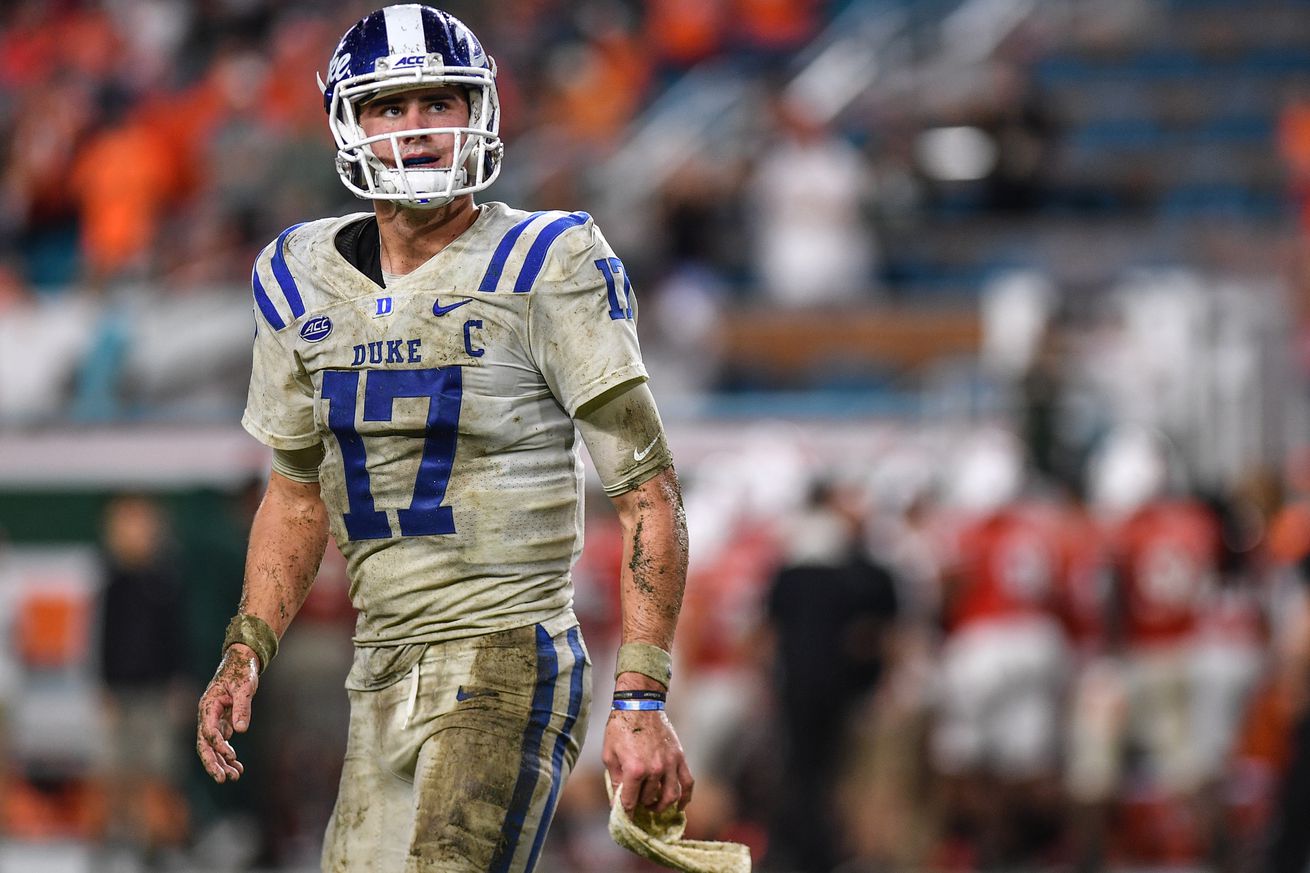 As with everything this time of year, take this with a Vince-Wilfork-size grain of salt

Q: How do you get everyone to hate the New England Patriots and the Boston sports scene in general even more than they already do?

Ok, that’s probably more of a sure shot for more Haterade in the NBA than in the game we play over here where even joining the Patriots falls somewhere between “SELLOUT!” and “Of course (insert whoever’s name here) did!”, but the point still stands.

With this year’s class of quarterbacks not particularly, let’s say, ‘sparking joy’ unless you’re the Arizona Cardinals or John Elway, the odds of some quarterbacks dropping out of the top half of the first round seem like they’re getting better all the time. Which of course means that the odds of everyone around here getting furious if Bill turns in a draft card for any of them instead of going ALL IN are basically 1,000%. That just might be a good week to turn the radio off.

(Note: it’s always a good week to turn the radio off.)

It’s not any of the QB prospects’ fault, it’s just the way it is if/when you get tabbed to replace the guy who’s been executing Fatality combos on the record books for the past 10 years. Tough sledding.

Anyway, that brings us to CBS Sports’ Jason La Canfora in his NFL Insider Notes (ooooh, an Insider that’s free!) and this little bit about New England *allegedly* liking Daniel Jones the more they think about it:

This could become a spot for Daniel Jones. The Duke QB is a polarizing prospect who hasn’t exactly wowed everyone he’s been around. But he has good size and a David Cutcliffe pedigree and I continue to hear the Patriotshave taken a shine to him. Is he their pick at 32? I’m not so sure. Maybe the Patriots would move up a bit for him, or someone else does.

Most of you guys probably watch more college football than I do, so someone will have to fill me in as to whether a “David Cutcliffe pedigree” has been a compliment since like, 2004 or not. Maybe it’s coming back in like Adidas Superstars? You tell me.

On the other hand, back to Daniel Jones and JLC’s rumblings, La Canfora’s also having a Red-Sox-esque streak of luck lately, and by luck I mean, well, you’ve seen the Red Sox this year.

@JasonLaCanfora false news that I am headed to XFL Houston. Maybe get better sources? Have a great Thursday. pic.twitter.com/X3cCYJOGPu

Just to be super-duper clear, Jeff Fisher absolutely talked to XFL about the Houston opening, he remains their top choice for that job and the job is still vacant. And i never reported he signed on.

Which, let’s be fair here – there’s a lot of teams that are .500 against Jeff Fisher, so no shame in that, right?

On the other other hand, the Patriots did use one of their official visits to bring Daniel Jones in last week, so, there’s that, although for a nice shot/chaser you can take that with a grain of “visits almost never turn into actual Patriots draft picks”.

Only six more sleeps till the draft, right?