New England Patriots quarterback Mac Jones is starting to turn heads around the NFL. The Patriots aren’t even on the Kansas City Chiefs’ schedule but Jones drew the interest of safety Tyrann Mathieu.

He shared a refreshing opinion of the rookie quarterback on Tuesday on Twitter. Mathieu wrote that Jones, the 15th overall pick and fifth quarterback selected in the NFL draft, “wasn’t trendy enough for y’all at first.” Jones has emerged as a top candidate for the Offensive Rookie of the Year award with the team jumping to 6-4 after a four-game win streak.

Jones finished the team’s 45-7 win over the Cleveland Browns in Week 10 with an 82.6 completion percentage, 198 passing yards, three touchdowns and no turnovers.

“He don’t throw side arm or run fast so people knocked him….. dude can play QB! Period,” Mathieu wrote on Twitter.

“He may not be fast—but he plays fast AF”

Keep on your grind 32

During the pre-draft process, Jones received criticism for his lack of athleticism. At Alabama, he won a National Championship and set records for completion percentage by a quarterback in a single season, but was unable to create plays beyond the pocket and relied upon the Crimson Tide’s elite playmakers on offense. So NFL evaluators had to decide whether they thought Jones could succeed in a league that requires its quarterbacks to be more athletic than ever — and, eventually, carry the offense. So far, Jones has proved his doubters wrong, with help from the Patriots’ system. 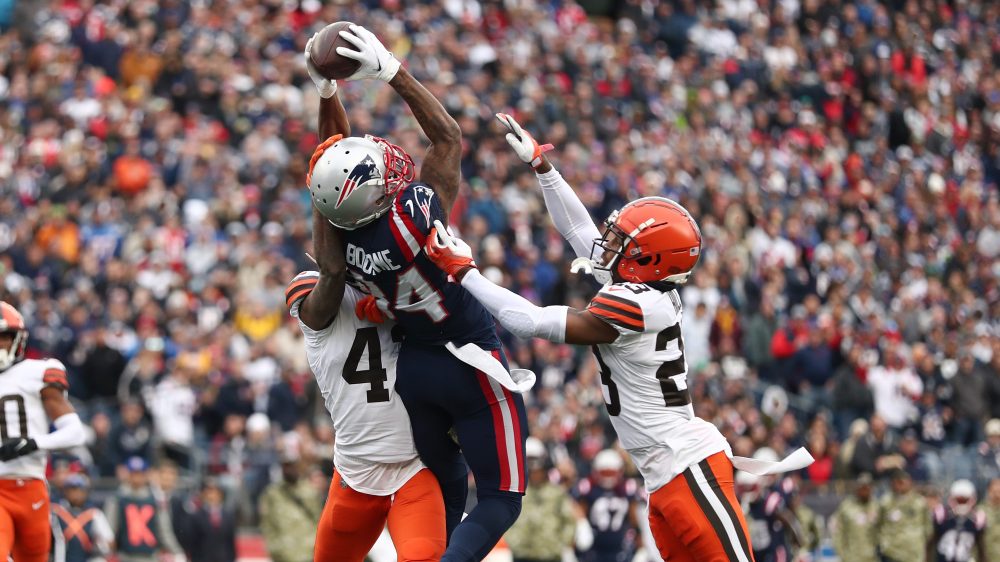