Brandon Bolden isn’t one of the popular names among New England Patriots players.

But, he has been one of the more consistent and integral pieces during the second half of the Patriots’ dynasty. The 31-year-old running back spent seven of his eight seasons with the team and mostly made his impact as a special teamer — while still totaling 1,568 yards from scrimmage and 15 touchdowns.

Bolden was one of the eight players to opt out last season due to the COVID-19 pandemic and he’s happy to back on the field with his teammates now. While speaking with reporters after Monday’s training camp, Bolden touched on a few topics.

“I opted out for health reasons but had a great time with my kids, was a dad for a year so that was different,” Bolden said, transcribed by Masslive.com. “But it’s great to be back out here with the guys. I just had to let them know the first day back, I missed them all — even Bill. Yeah, me and him had a little heart-to-heart when I got back.

“It’s been great. It’s been fun getting back into the swing of things, just break a sweat and chasing other grown men instead of kids all day.”

Bolden elaborated on his relationship with Belichick.

“I did. I did,” Bolden said. “Me and him stayed in contact. We texted every now and then, but just being around the guys in the locker room and stuff like that. You miss stuff like that when you are away.

He even dove into his Sunday mornings away from the game, explaining how he had an extra set of eyes from a different perspective.

“It sucks. It was bad,” he said. “I tried to keep my same schedule because I know if it’s a 1 o’clock game I know I have to be up at 8 o’clock. So I’m up at 8 fixing breakfast. And it was like, ‘Hey, sit down and shut up, we’re watching the game.’ So me and the kids had a great time. It was still fun.

“I was able to watch the game. I was into it. I knew what was going on. I could hear the calls on TV and I was able to text the guys like, ‘Hey, this is what this sounds like.’ So it was like an extra set of eyes. But we don’t get to talk about it until after the game. So, stuff like that, I was still able to be part of the team just not with the team.” 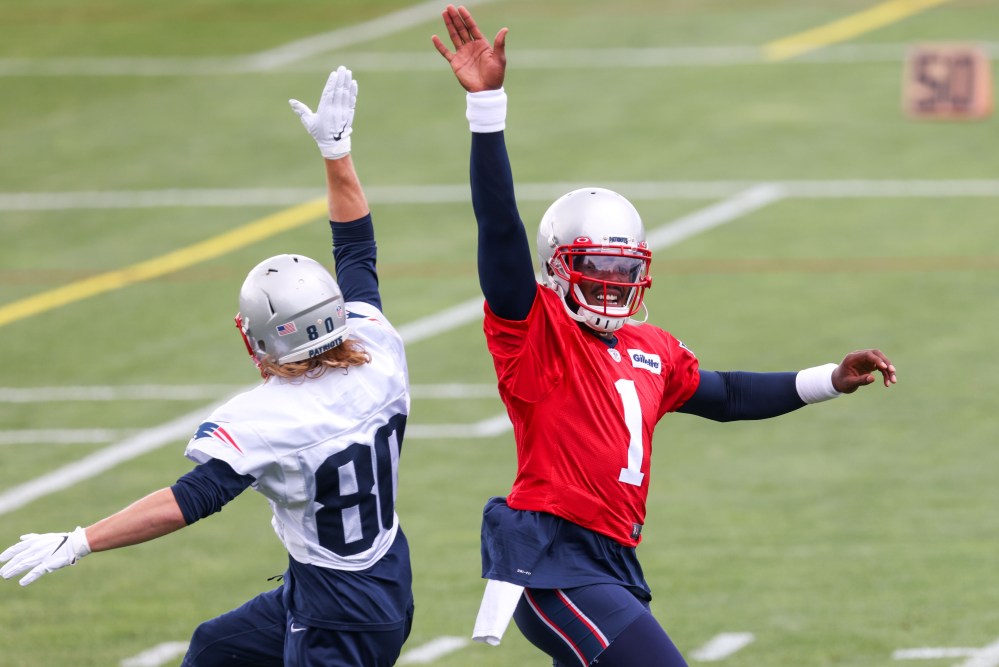