Bill Belichick’s dog Nike took to Instagram to celebrate the upcoming NFL draft. The good boy won over Twitter in 2020 when he took Belichick’s seat during the draft, a moment that ESPN captured on its TV broadcast.

Nike was instantly a viral sensation.

The story goes that Belichick briefly left his seat and abandoned his stash of dog treats on the table. That’s why Nike jumped up into the chair. The moment made for a hilarious image, where it seemed the pup was running the Patriots’ digital war room.

So, riffing off that idea, the person running the dog’s social media account (likely Belichick’s girlfriend Linda Holliday) posted another image of Nike taking charge of Belichick’s computer ahead of the draft.

Patriots 7-round mock draft: Trading up for a QB and trading away J.C. Jackson, N’Keal Harry 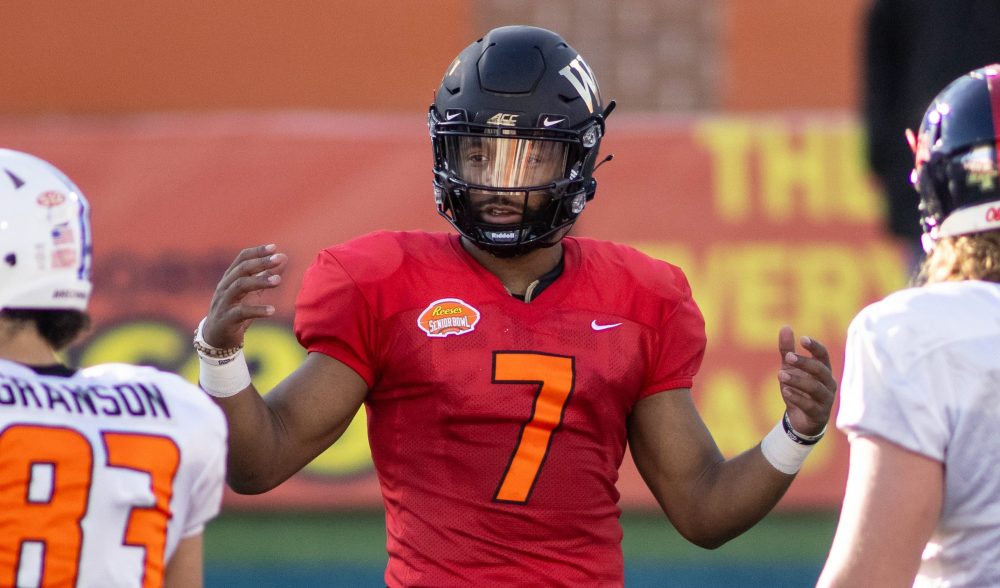