After three preseason games, it’s safe to say that Mac Jones was the right draft pick for the New England Patriots.

The Alabama product has the poise, work ethic and talent that will allow him to thrive in the Patriots’ system. He completed 36 of 52 passes (69%) for 389 yards and a touchdown over the three games — but, that doesn’t speak for the rushing touchdowns he produced on some of his more impressive drives.

Jones was the third-string quarterback at Alabama behind now-NFL signal callers Jalen Hurts and Tua Tagovailoa. His work ethic and resilience put him in position to shine bright when his name was called. Jones did exactly that for the Crimson Tide last season as he won the National Championship following a season where he threw for 4,500 yards and 41 touchdowns.

That same work ethic is what led to this praise by Bill Belichick Monday morning following the Patriots’ 22-20 victory over the New York Giants.

“Mac has come in here and worked hard,” he said, transcribed by WEEI. “He’s put in a ton of work every day. I think that has paid off and it’s showed up in the things he’s been able to improve on. If he makes a mistake he learns from it and works hard at it — he works hard in the first place so he doesn’t make mistakes. Maybe he gets it right the first time, which is sometimes hard at that position. His work ethic is very good.”

Cam Newton played limited snaps against the Giants, but he’s very much in contention for the starting role. Although, Belichick wasn’t ready to name the starter just yet following the game.

“We have a lot of decisions to make, and we have a timetable we have to make them on and we’ll work through the process here, like we usually do,” he said. “Just got back. We’ll have to re-group here as a staff and figure out what the best decisions for the team are on a lot of areas and do the best we can.”

Jones’ work ethic and excellent preseason performance put him in position to take over as the starter when his number is called. 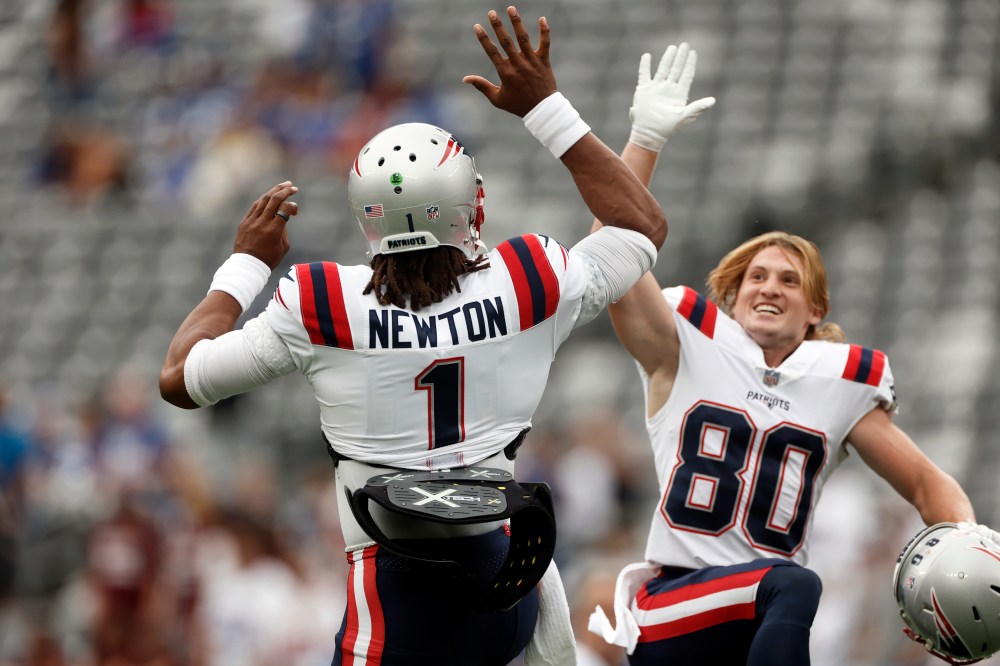