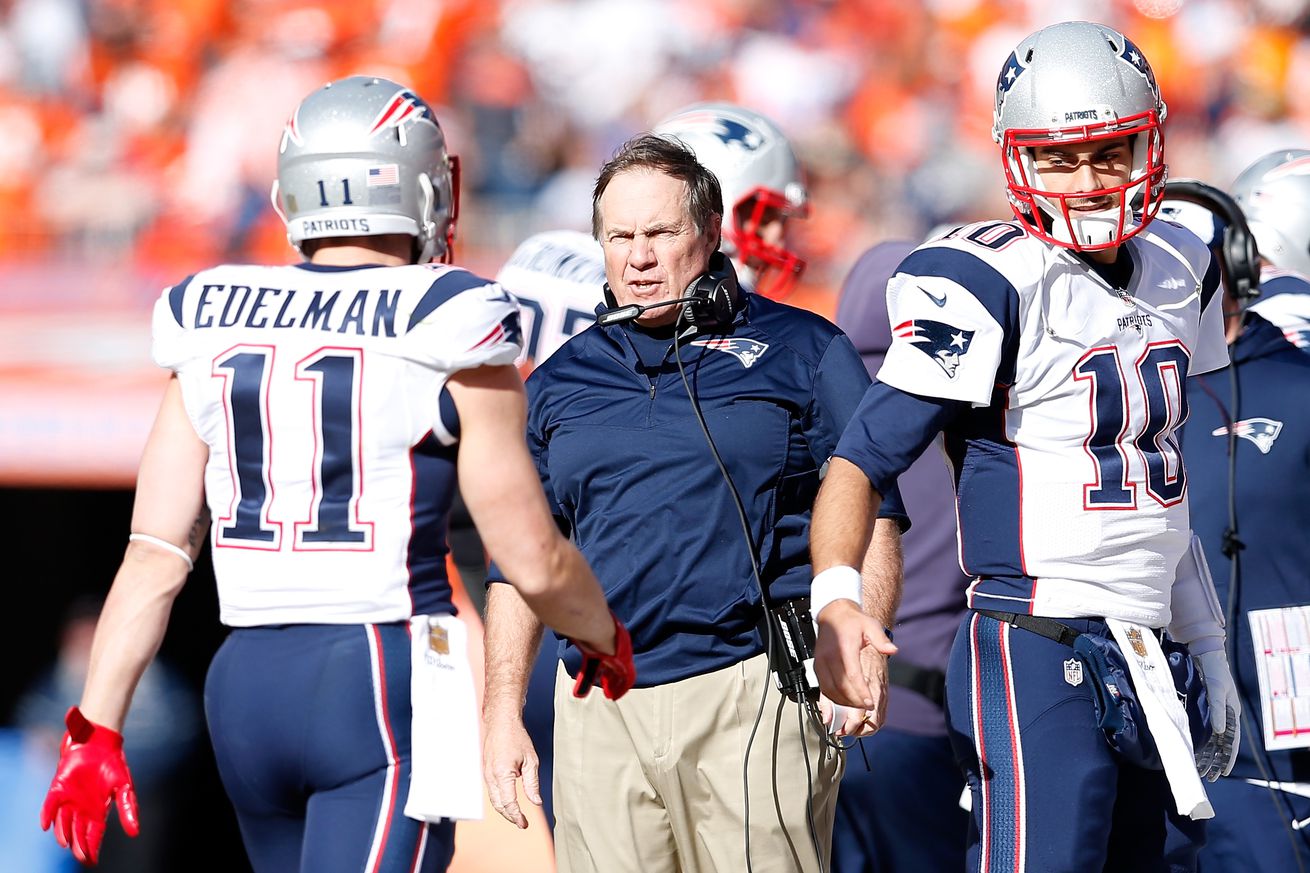 The Patriots are always ahead of league trends. It’s intentional.

The New England Patriots are always at the forefront of league trends, whether it’s the 3-4 defensive front, or the utilization of slot receivers, or use of multiple tight ends, or whatever concoction Bill Belichick has cooked up over the offseason.

It’s intentional and Belichick spoke on Wednesday about how the team adjusts over time to react to league trends.

New England needs both the coaching strategy and the players in order to stop these trends, and that requires adjustments on the fly. The Patriots used to get gashed by mobile quarterbacks, until they figured out how to use a five-man defensive line to both contain the quarterback and the running game. Adding Kyle Van Noy on the edge was a major fix to a problem that consistently bothered the Patriots for a couple season.

And adding Patrick Chung as a linebacker this past post-season provided the Patriots with a player that could cover running backs out of the backfield, another Achilles’ heel of the team.

Belichick went on to share how these trends are recognized.

“Usually [the trends] have to hit you in the face,” Belichick noted. “Usually you sit there at the end of the year and say, well, we had a lot of trouble blocking this player or defending this type of player or whatever it is, and then that kind of becomes a need for you. Either we have to change our scheme to do this, which probably isn’t that easy or you would have already done it, or we have to have another certain type of player on our roster that we don’t currently have that has a certain type of skillset.”

A clear example is how the Patriots had a lot of trouble defending the interior pass rush against the Denver Broncos in the 2013 postseason, as Malik Jackson and Derek Wolfe pressured Tom Brady all day. It’s not a coincidence that the Patriots then added interior players like Bryan Stork, Shaq Mason, Tre Jackson, David Andrews, Joe Thuney, and Ted Karras, until the problem was fixed.

New England also compensated for the interior pressure by getting rid of the ball more quickly thanks to pre-snap reads, which is a strategic decision that’s now spreading around the league.

The butterfly effect of the shortened time to throw is that opposing pass rushes are not as impactful, unless there’s good, complementary coverage that forces the quarterback to hold on to the football. This concept isn’t novel, but as teams pour resources into their defensive front, the Patriots are investing in a secondary that can force quarterbacks to hold on to the football.

Another trend that the Patriots are capitalizing on? The shrinking size of linebackers in order to cover more agile tight ends in the passing game. Smaller linebackers mean easier sledding for rushing attacks, which is why the Patriots were able to waltz down the field with Sony Michel during this latest postseason.

Trends are like the tide and Belichick just wants to stay ahead of the flood. The next trend on Belichick’s mind? Big receivers.

“This is another year where there’s a lot of big receivers – 6-4, 225, 230, whatever they are,” Belichick added. “Somebody’s going to have to cover those guys one of these days. I don’t know if it’s all going to be this year or not, and there’s plenty of them in the league right now that fall into that category. [Recently] it seems like there’s a little bit more of an emphasis towards the smaller, quicker slot receivers. So, better find somebody to cover those [bigger] guys, too, and vice versa.”

As defensive backs got smaller and quicker to handle slot receivers like Wes Welker, Danny Amendola, and Julian Edelman, other offenses have adjusted by putting larger players in the slot like Marques Colston, Larry Fitzgerald, and Amari Cooper. And as more and more large receivers enter the league, defenses are going to have to adjust for their size and defend the jump ball.

One way to avoid that issue is to not overcorrect for these trends.

Belichick went on to note that standards have changed as players have gotten larger and faster, but the idea of a standard remains and the goal of “evaluating what a player’s total performance is going to be” is still the goal.

That’s why the Patriots have continued to draft larger linebackers like Dont’a Hightower, Jamie Collins, and Ja’Whaun Bentley, and acquire Van Noy, because a more involved running game is right around the corner. New England will be ready.

And when bigger wide receivers start taking over the league, the Patriots will be ready with the 6’1 Stephon Gilmore and 6’1 J.C. Jackson. And they’ll still be capable in the slot with the 5’11 Duke Dawson and 5’10 Jonathan Jones.

There will more trends in 2019, with teams watching film of the Kansas City Chiefs and Los Angeles Rams to decide the next RPO-like craze. Fortunately, Belichick and the Patriots have some recent experience in stopping both of those teams. They’ll be just fine.