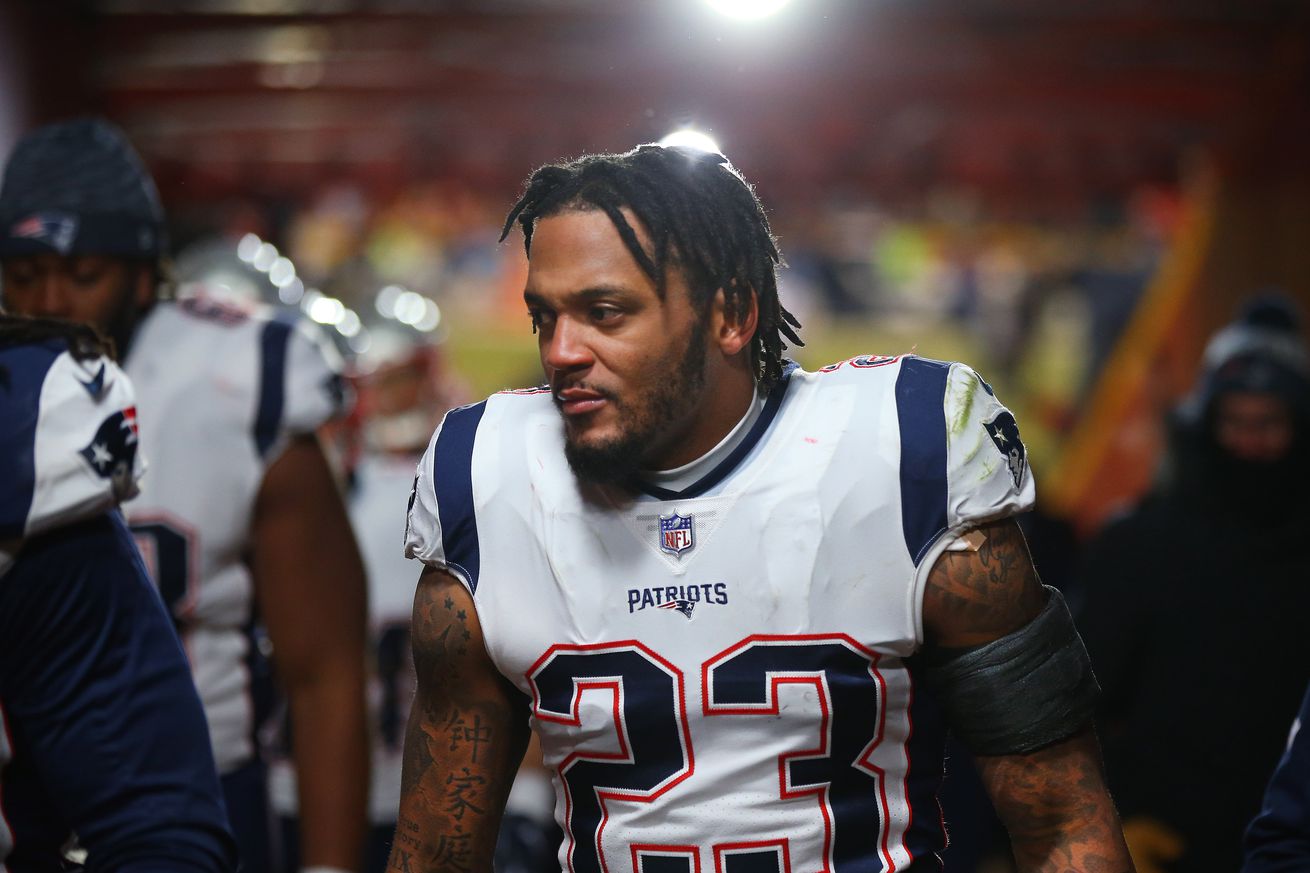 Remember Patrick Chung’s 364 days as a Philadelphia Eagle? His three-year, $10 million contract that reunited him with former Oregon offensive coordinator Chip Kelly? His release and return to the organization that once drafted him No. 34 overall after only 12 games, 59 tackles and three passes defensed elsewhere?

Chung’s NFL career arc has been his own.

And where the safety is now in head coach Bill Belichick’s New England Patriots defense isn’t where he was upon re-signing for a base salary of $740,000 and a cap number near $1.1 million in April 2014.

“I don’t have any expectations,” Chung told reporters on his re-introductory Patriots conference call that spring. “Whatever Bill needs me to do, this team, I’m going to do it. Regardless if it’s special teams or it’s defense, whatever my role is here, I’m OK with that. This is where I want to be, so that’s good for me.”

“Pat’s a true pro,” fellow safety Devin McCourty said early in training camp that summer. “He’s a guy who comes in every day ready to work. He understands the defense. I think he’s another model citizen for the younger guys.”

Added McCourty: “He’s a friend of mine. He was here the whole time I was here. He experienced something different for a year and now he’s back.”

Chung, now 31 years old and having signed his latest contract extension through 2021 this past week, as reported by ESPN’s Field Yates, has been back to start 70 games over the course of New England’s last five regular seasons.

The safety-slash-nickel-slash-linebacker has eclipsed more than 80 tackles in each while accruing 32 passes defended, four interceptions, one forced fumble and 1.5 sacks.

“Yeah, I think he’s very versatile defensively and in the kicking game,” Belichick said of Chung, previously tasked with a deep-safety role, during a press conference in January 2018. “He has a lot of skills. I mean, we recognized it when we had him the first time when we drafted him. We took the guy in the second round, but it just – for a combination of reasons, I’d say a big part of it mistakes that I personally made – didn’t work out the way that we hoped it would. But we got it right the second time. I think we’ve been able to utilize him. I wish we had been able to do that when we initially got him, but it didn’t work out that way. Like I said, I think we finally got it right.”

If excluding Chung’s one-year hiatus, his tenure with the Patriots trails only quarterback Tom Brady, kicker Stephen Gostkowski and gunner Matthew Slater. It ties with wideout Julian Edelman, who was taken 198 slots after him in 2009.

Quite a contrast it’s become since then.

How was Chung acquired to begin with? With capital the Patriots gathered from trading quarterback Matt Cassel and linebacker Mike Vrabel to the Kansas City Chiefs.

Which defensive backs were taken ahead of Chung in the draft class of 2009? A trio in Western Michigan’s Louis Delmas to the Detroit Lions, Illinois’ Vontae Davis to the Miami Dolphins and Ohio State’s Malcolm Jenkins to the New Orleans Saints.

Chung now finds himself among a dozen others under contract with New England through at least the next three seasons. He finds himself having won three Super Bowls thus far into second stint.

That would have been hard to foresee when Steve Gregory eclipsed him on the depth chart towards the end of 2012, or when Chung played three defensive snaps that playoff run, or when his time in Philadelphia ended two years ahead of schedule.

But Chung walked from the tunnel back to the sideline to end New England’s last schedule. He did so with one arm in a sling at Mercedes-Benz Stadium. He did so with a towel to wave in the other.

That proved hard to unsee.