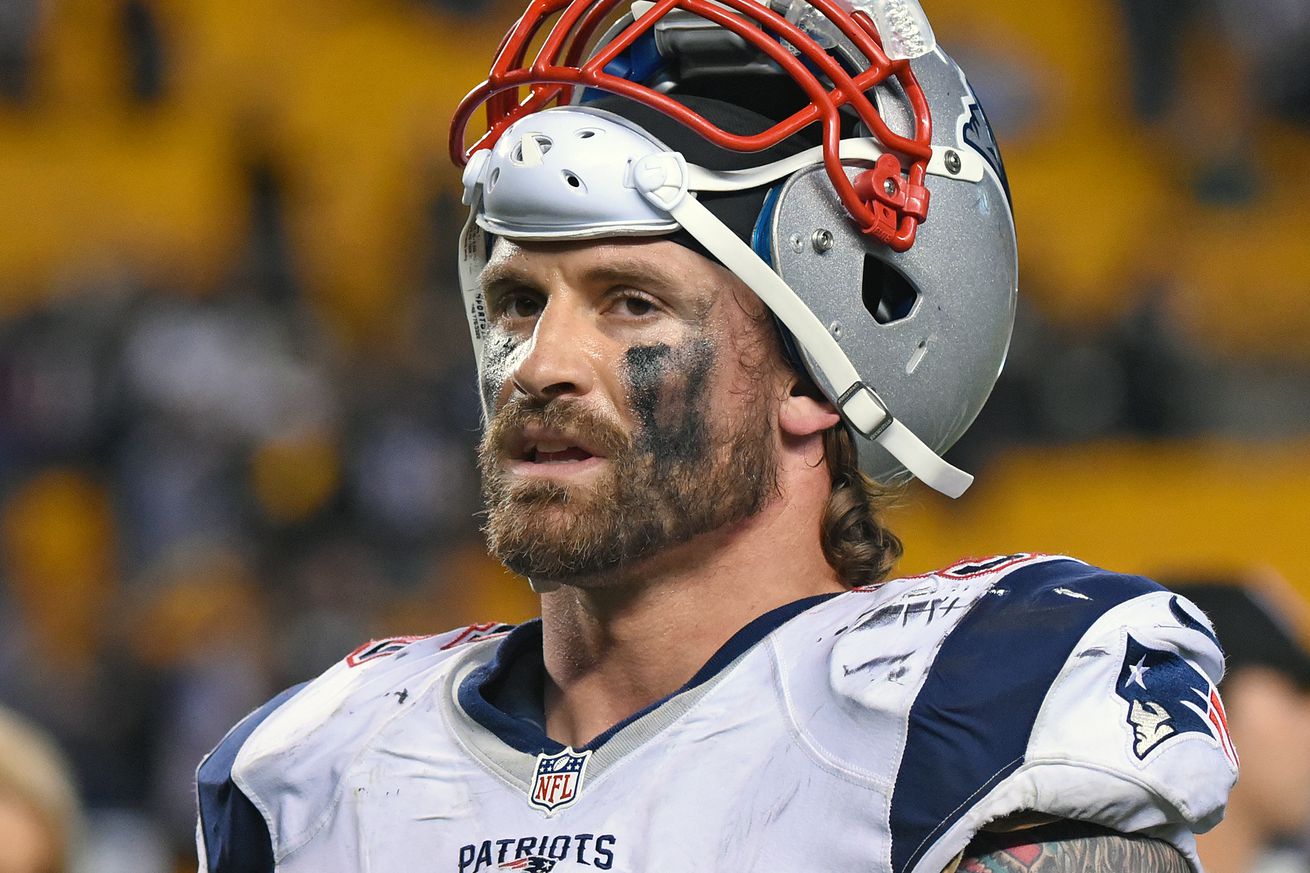 Chris Long, Albert Haynesworth and Nate Jones are all in the news.

Early July may be the slowest time on the NFL calendar, but that does not mean the news cycle stops spinning. In fact, three former members of the New England Patriots made their way into the headlines this week (albeit it for completely different reasons unrelated to each other). Let’s take a look.

Chris Long receives an award for his humanitarian work

On Wednesday, Chris Long was named the 2019 recipient of the Muhammad Ali Humanitarian award. The 34-year-old, who retired from the league earlier this offseason, was honored for “his commitment to giving back through strategic, multifaceted efforts.” He donated an entire season’s worth of salary to charity in 2017, for example, and is also an active supporter of the Waterboys Initiative for clean drinking water in East Africa.

Long, who was also named Walter Payton NFL Man of the Year in 2018, spent one of his eleven seasons as a pro with the Patriots: he not only helped the team surrender the fewest points in the league in 2016, but also earned his first ever trip to the playoffs — one that culminated in a victory in Super Bowl 51; one of two championships he won over the course of his career (the second coming with the Philadelphia Eagles one year later).

In 2011, the Patriots sent a fifth-round draft pick to the Washington Redskins to acquire Albert Haynesworth via trade. The move didn’t work out, as the veteran defensive tackle appeared in only six games for his new team before getting cut in early November. He joined the Tampa Bay Buccaneers following his release, but was out of the league by the 2012 season. Since then, Haynesworth has struggled with health problems.

The latest is in relation to his kidneys: the 38-year-old is in need of a kidney transplant as he explained in an Instagram post on Wednesday:

Well this hard for me to say but my doctors said I should reach out to my family, friends and fans Some of you may know I’ve been battling kidney disease for a few years now the time has come family, friends and fans I’m in dire need of a kidney mine have finally failed me on July 7 2019. It’s hard to believe from being a professional athlete to only 8 season in retirement that my body has taken another major blow. First with the brain aneurism 3 seasons out of the NFL to now my kidneys failing me. But the bright side of this latest ordeal I can ask for help by asking for someone to generously donate a kidney. If you are interested in giving this precious gift please call Vanderbilt at 615-936-0695 and hit option 2. GOD BLESS thank you for your prayers and thanks for sharing this message.

Nate Jones will be an NFL referee this season

Shortly after Haynesworth was released by the Patriots in 2011, the team picked up Nate Jones. The veteran defensive back and special teamer, who spent most of his career with the Dallas Cowboys and Miami Dolphins, went on to appear in five regular season games and one playoff contest for the squad. Jones, who registered a combined 20 tackles and a pass deflection during his tenure in New England, exited the league the following year.

In 2013, he returned to the gridiron — as a referee. Jones started in the Pac-12, before joining the short-lived Alliance of American Football earlier this year. Now, he has made the jump to the NFL: as the league announced yesterday, the 37-year-old will work as a field judge under Clay Martin in 2019.