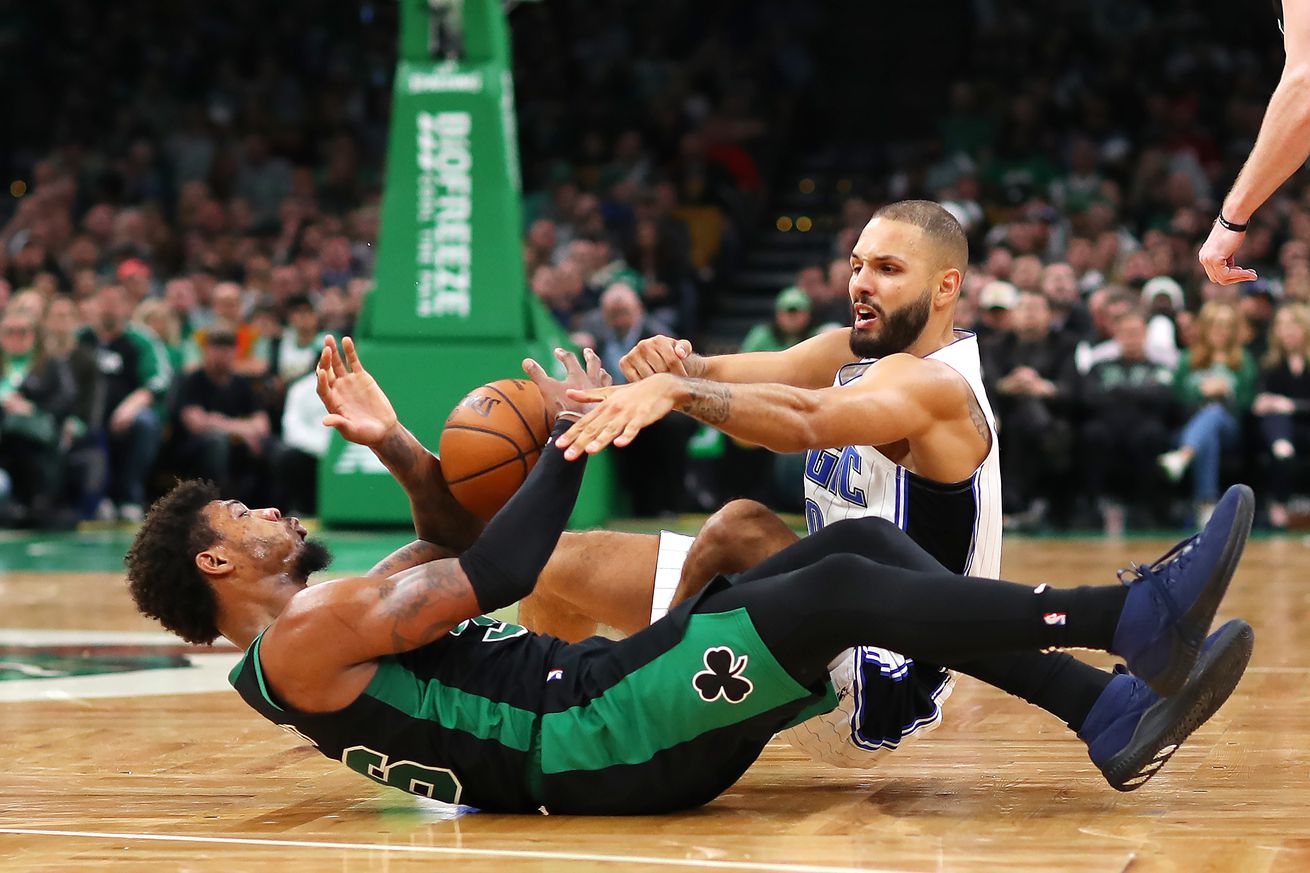 The Celtics’ heart and defensive stalwart may need a lot more time to heal.

The Boston Celtics could miss starting guard and defensive heartbeat Marcus Smart for the first two rounds of the playoffs. ESPN’s Adrian Wojnarowski dropped the news on Twitter Wednesday evening.

Marcus Smart has suffered a torn oblique on left side and could be sidelined for the first two rounds of the playoffs, league source tells ESPN.

Woj says on ESPN that he’s been told Smart is out until “at least the Eastern Conference Finals”.

The injury came in a meaningless game against the Orlando Magic on April 7.

Muscle tears or strains have a varying recovery timeline depending on severity and quality of treatment. Most estimate windows run between 2-6 weeks, with acute tears needing more time. Boston is expected to tip their series on Sunday April 14, which will mark one full week of recovery for Smart.

Per sources, Marcus Smart was to undergo an MRI yesterday but the pain was too severe. He had one this afternoon instead that revealed a significant oblique injury. Return timeline is unclear, but he is expected to miss at least the first round of the playoffs, as @wojespn said.

Source says that Marcus Smart waited on MRI because pain left him unable to undergo it before today. Confirmed a more serious oblique injury. He’s out for Round 1 of the playoffs and team is gathering info to see if it’ll be longer than that.

BOSTON, MA – The Boston Celtics announced today that a Wednesday afternoon MRI revealed that Marcus Smart suffered a partial avulsion of his left oblique abdominal muscle off of his iliac crest. The injury occurred at 6:44 in the third quarter of Sunday’s game against Orlando, following contact with the Magic’s Nikola Vucevic.

Smart is currently expected to return to basketball activities in 4-6 weeks. Further updates will be provided as appropriate.

Between the variety of interpretations of the timeline and the peskiness of muscle tears, it’s safe to rule Smart out of the first round. And although Smart is perhaps and All-Defense-worthy guard, Celtics Head Coach Brad Stevens has some worthy choices to replace him in the starting lineup against Indiana. Jaylen Brown has consistently improved his play off the bench since the All-Star break, as has Gordon Hayward. Brown often draws guard assignments, Hayward can certainly swing it.

Stevens could also choose to start Terry Rozier, who has often filled in when Kyrie Irving has been out. While Rozier defense isn’t nearly on Smart’s level, few Celtics fans will forget the former Louisville Cardinal’s fearsome run through the 2017-2018 playoffs.

Smart’s improved shooting (42.2 FG% and 36.6 3P%, both roughly 6 percentage-point increases from last season) has made the stout guard even more valuable to the Celtics’ starting unit this season. While Smart’s absence doesn’t completely gum up the matchups with the Indiana Pacers, it could certainly have strong second-round implications.

Stay with CelticsBlog for more updates.