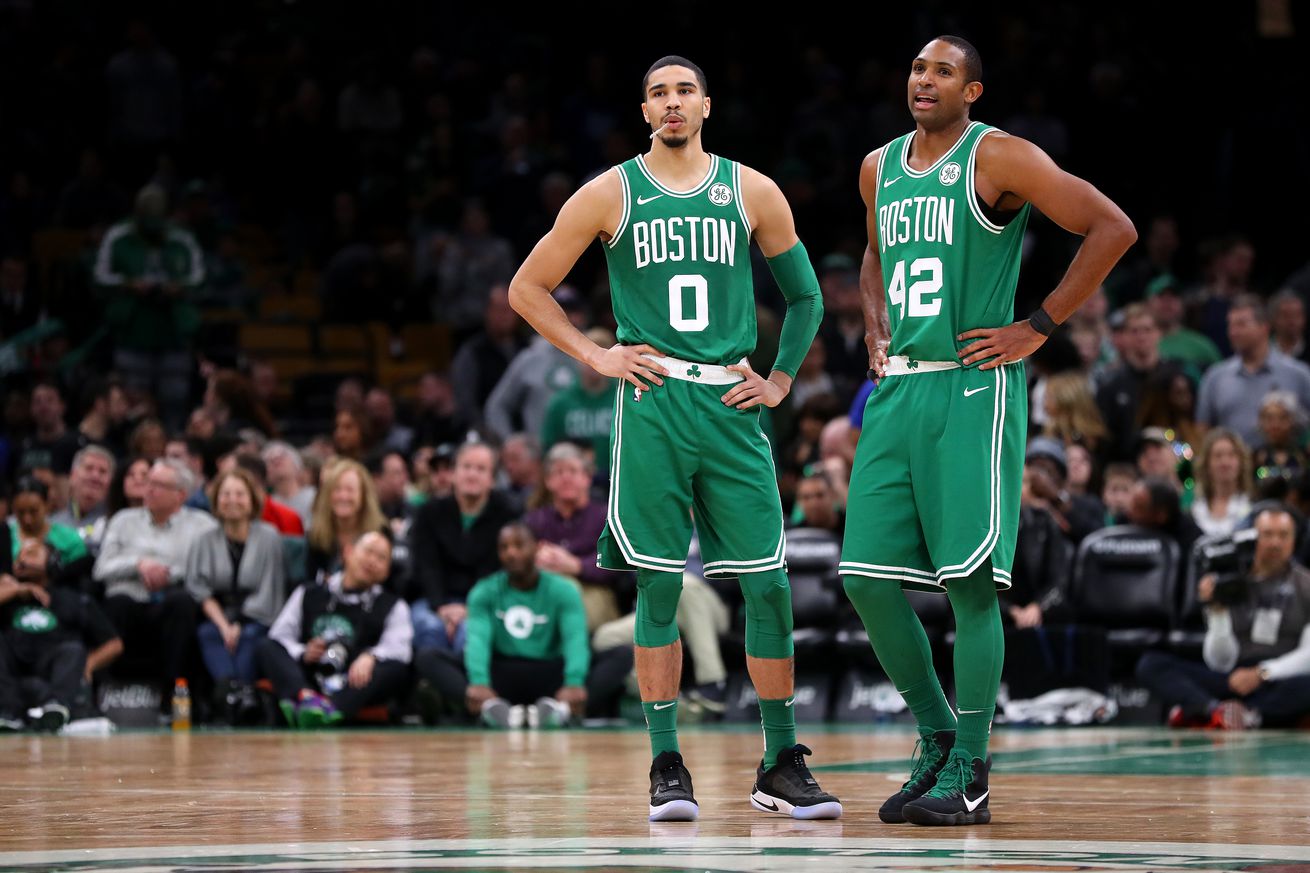 We predict the future. You will read this. See? Magic.

Al Horford will be the MVP of every series the Celtics win. As flashy as Kyrie Irving’s late-game heroics will likely be and as sharp as Hayward’s shooting will likely be, when (strikethrough) if the Celtics win, it’ll be because Horford (with help from Baynes) held down the front court on both ends. The X-Factor will be Aron Baynes. Two-big lineups with him and Horford have been immensely successful over the last month, and it’ll be necessary for him to play solid against Thad Young and Myles Turner. (edited)

I have to go with Kyrie Irving as the MVP because this is the playoffs and he’s going to be fully untucked. As for X-Factor, how could I pick anyone but Gordon Hayward who will be back in Indiana re-creating the Butler magic with his coach? Go Bulldogs!

MVP- Kyrie Irving. Put aside all the dramatics, Kyrie has put together one of his best seasons of his career. That is especially true in close games this year. He will continue to put up these numbers in this series.

X-Factor- Jayson Tatum. Since the All-Star break, Tatum has looked lost at times. It has been written about non-stop, but his decline has affected this team tremendously. These playoffs Tatum will have to return to last year and get back to his aggressive ways.

The Celtics’ MVP in the first round is going to be the MVP of their regular season: Al Horford. All due respect to Kyrie Irving, who will undoubtedly excel in his Boston playoff debut, but this team just isn’t the same when Horford isn’t on the court. They need him healthy and productive, especially against Indiana’s talented frontcourt trio of Turner, Young and Sabonis.

As for the X-factor, I think it really has to be the other Boston star making his playoff debut: Gordon Hayward. The former All-Star will enter his third career postseason appearance on the back of his best stretch of the year, with double-digit scoring performances in each of his last eight games, seven of which came on better than 50% shooting from the field. He certainly looks like he’s returned to his old form form. Now, he has to prove it when the games count the most.

The rest of the team has already said it, but here are a few more words on why Al Horford will be Boston’s first-round MVP: The Celtics win when the ball moves and the assist total ratchets up toward the high 20s and low 30s. And whether Horford’s a key part of an action from the elbows, pushing mismatches deep into the paint, or piloting excellent dribble handoffs, he’ll be a key part of spreading Indy’s defense thin. A healthy Horford could average a triple double in this series.

Here’s what I wrote before the Smart News:

X-Factor: Gordon Hayward and Jayson Tatum. As long as the recovering All-Star and the budding second-year can continue to take turns sharing the scoring load, they can both continue to go Very Hard™ on defense.

And I still think that’s true. I think Jaylen Brown can handle an increased role with aplomb and I’m not particularly nervous to see him step into more minutes with increased defensive responsibility. He’s been there before.

With Hayward, we’re all still hoping for the best without knowing if we’re going to get it. The evidence that we will is mounting, slowly. And Tatum will be coming off an injury, needing to snap back into Playoff Mode, not Can The Regular Season Just End Already? Mode.

I’ll toe the company line as well: Al Horford will be the series MVP. Playoff Al is just too valuable on both ends of the court and can find a myriad of ways to impact the game. He’s a proven veteran that plays like it come playoff time and I don’t see that changing. (edited)

X-Factor: Jaylen Brown. I know what I’m getting from Kyrie and Horford and to a lesser extent Hayward and Tatum. And now with Smart’s injury putting a spotlight on Brown, it will be up to him to deliver. Brown can do so as his athleticism can allow him to take over games and make an immense impact.

The series MVP is going to be Kyrie Irving. The Pacers aren’t going to have anyone who can stop him. He’s going to go off as a scorer, and if Indiana wants to take that away, Irving will pile up assists. He’s just a terrible matchup for the Pacers.

The series X-factor is Jaylen Brown. He’s likely going to start in place of Marcus Smart. His defense on Bojan Bogdnaovic will be key. And Brown’s ability to get out and run in transition will steal the Celtics a lot of offense. Jayson Tatum had a breakout in last year’s playoff run, while Brown was good, but secondary. This year it feels like Brown’s turn to break out.