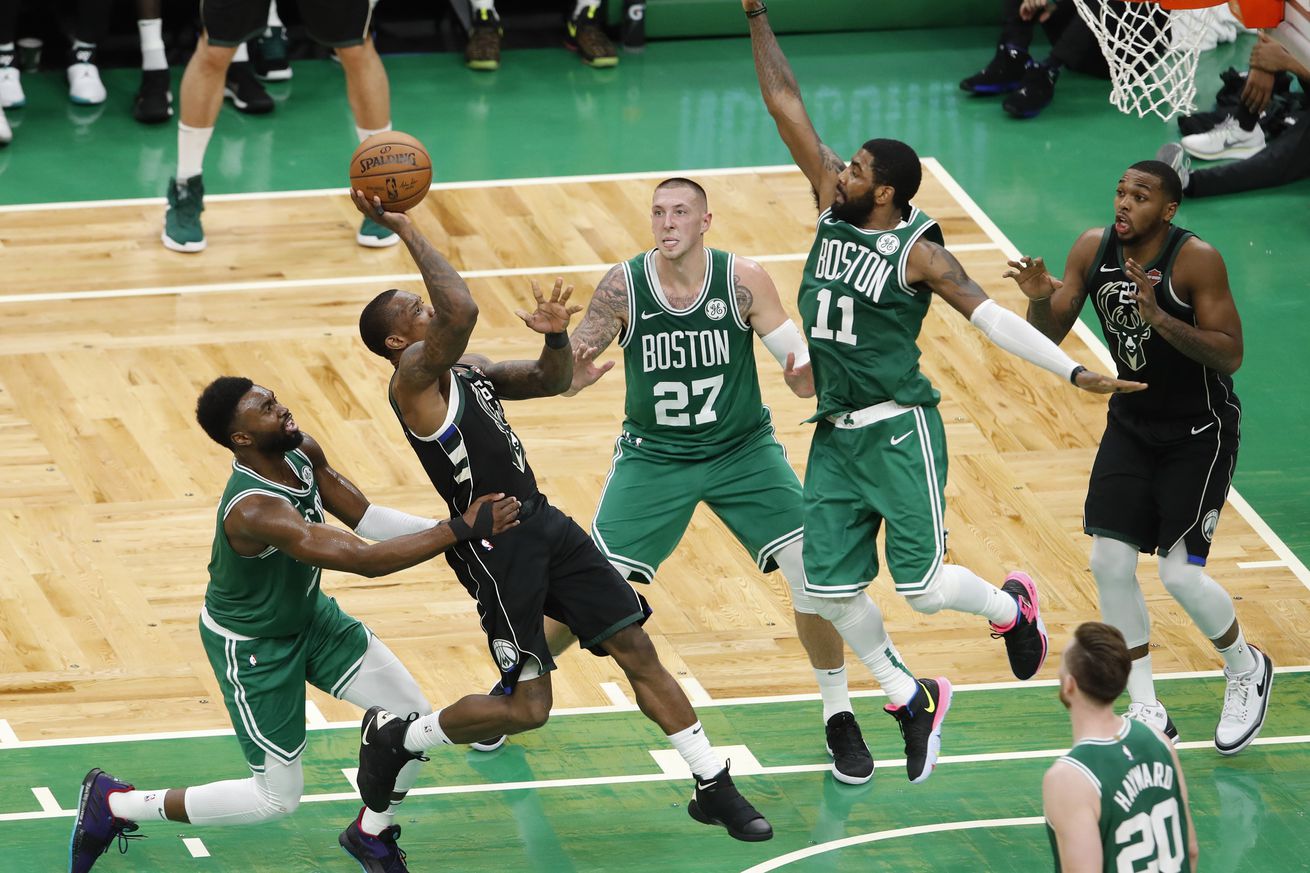 Which players from the Celtics and Bucks series will be the most important?

The MVP in this series will once again be Kyrie Irving. He is the go-to, bucket maker for this Celtics team who need to play at the highest level for them to win the series. He contributed in the Indiana series when he needed to take over the game as we saw in game 3. This mentality is what it will take to defeat the Bucks. The X-Factor will be Jaylen Brown. Brown has stepped it up on the defensive end in Marcus Smart’s absence. All he has needed to do is play 80-85% the amount of defense Smart did, and that will be the biggest factor in this series. There isn’t stopping Giannis, so if Brown can limit Khris Middleton to minimal impact, that could be enough for the Celtics in this series. It will be a team effort overall, but Jaylen Brown will have to play solid defense for this team to compete.

Al Horford, MVP – There is some matchup intrigue to whether Horford will begin the game lining up against Lopez or Giannis, but at the end of the day Horford is going to need to make his presence felt if the Celtics want to win this series.

Horford loomed large on defense in the Pacers series, and he might be the best equipped player in the league to make things hard on Giannis. That said, that might not mean much as there’s not really anyone who can do all that much with Giannis.

Either way Horford is going to need to stretch the floor for the Celtics this series, both to play Lopez off the floor and try to pull Giannis and his shot blocking away from the rim

For the X-Factor, I’m going to cheat and say the Celtics three point shooters. The Celtics will have their chances from behind the arc this series and, simplistic as it may seem, the series may very well come down to who hits more.

Call it a hunch or accuse me of wanting to be different but I’m going with Gordon Hayward for MVP. He’s somewhere between 80%-90% back and he’s got the range, decision making, and aggressive penetration that could swing this series to Boston.

Jaylen Brown is my X-factor. He’s got the bounce and quickness to keep up with their athletes and the range to make them pay when Irving and Hayward penetrate and kick.

The series MVP will be Al Horford. He’s going to make a bunch of plays on both ends that only he’s equipped to make. He’ll guard all sort of people, but always Giannis at the end of games. And we know he’ll be there when Boston needs him most.

The X-factor is Marcus Smart. I know, I know, I know! He might not even play! But my gut says with the series tied 1-1, Smart gets up to check in midway through the first quarter as TD Garden loses their collective minds. And that lifts Boston to two wins at home and a decisive 3-1 series lead.

Last round, I picked Al Horford for series MVP against Indiana, and with the pivotal matchup against Giannis Antetokounmpo looming, you could make the case that he’s even more important this time around. That said, I’m actually changing my choice — the Celtics’ MVP this time around will be Kyrie Irving. My reasoning? The Celtics need a win on the road. They won only one such game in the entirety of last season’s playoffs, and didn’t pick up a single victory in Milwaukee in the first round. They’re going to have to pull that off at least once to win this series, and Irving — one of the most experienced players in the postseason in the entire NBA — is the guy to lead them there.

As for the X-Factor, I have to go with Marcus Smart. He’s the emotional core of this team and a crucial cog on both ends of the floor, and the longer he’s unable to play in this series, the more trouble it will be for Boston. Remember: last year, Smart’s return to action in Game 5 against the Bucks was a shot in the arm for the Celtics after two straight losses, and helped drive them forward to a series victory. For the Celtics to down the Bucks this time around, he might have to do that again.

Assuming my prediction that the Bucks win the series holds, then Giannis Antetokounmpo will be the MVP of this series. Some role player like Eric Bledsoe or Nicola Mirotic can be the x-factor in that case, but really Giannis is all that matters. Should Boston pull off an upset, let it be known that Al Horford will be both MVP and x-factor of the series. He’s the one player the Celtics can turn to wreak havoc on the Bucks’ offensive and defensive systems. He’ll be the focal point of everything Boston can do to throw Milwaukee off kilter.