It might have gotten lost in all the excitement over All-NBA small forward Jayson Tatum’s historic 60-point game, but Tatum wasn’t the only player on the Boston Celtics’ roster who had a game worthy of a second look in the team’s win over the San Antonio Spurs on Friday.

While it pales in comparison to the franchise record-tying outing had by his teammate, rookie small forward Aaron Nesmith put together his second solid performance in a row, hinting the South Carolina native may be getting to the point where it makes sense to give him a more consistent role. Nesmith scored 16 points, 6 rebounds, an assist and a steal in 30 minutes of floor time.

The Vanderbilt product shot a red-hot 7-of-9 from the floor and 2-of-3 from beyond the arc with no turnovers but 5 fouls as a first-year player often will.

Watch the video of Nesmith’s best plays put together by Tomasz Kordylewski embedded above to see his growth as a player continue. 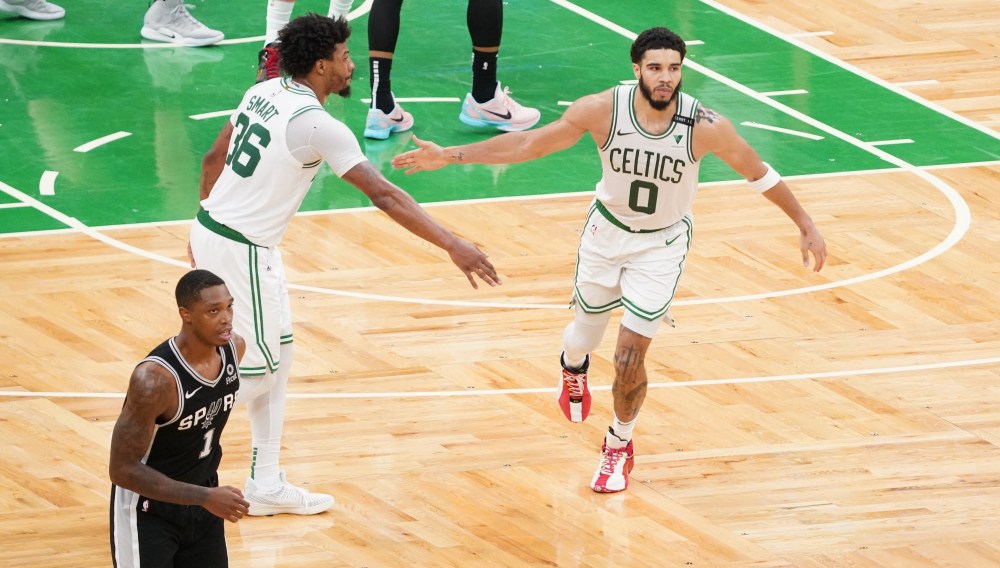