It took a little while to happen, but fresh off the heels of his new endorsement deal with Boston-based athletic apparel brand New Balance, Boston Celtics rookie small forward Aaron Nesmith had his first breakout game of his still-young pro career in the team’s 120 – 111 win over the Hornets on Wednesday.

The Vanderbilt product scored a career-high 15 points, 9 rebounds, 3 blocks and as many steals in 31 minutes of floor time, shooting 6-of-12 from the floor, 2-of-5 from beyond the arc and 1-of-2 from the free throw line. Nesmith had just 1 turnover, but 5 personal fouls — not unusual given he’s still in his inaugural campaign and learning the pro game on the fly.

The former No. 14 pick made a number of athletic plays that raised eyebrows and made it clear why Boston chose him with such a high-value draft pick.

For a prospect most commonly regarded for his shooting, Nesmith has shown he has a far more complete game than many realized.

Watch the best of his plays from Wednesday’s win over the Hornets in the video above assembled by Tomasz Kordylewski. 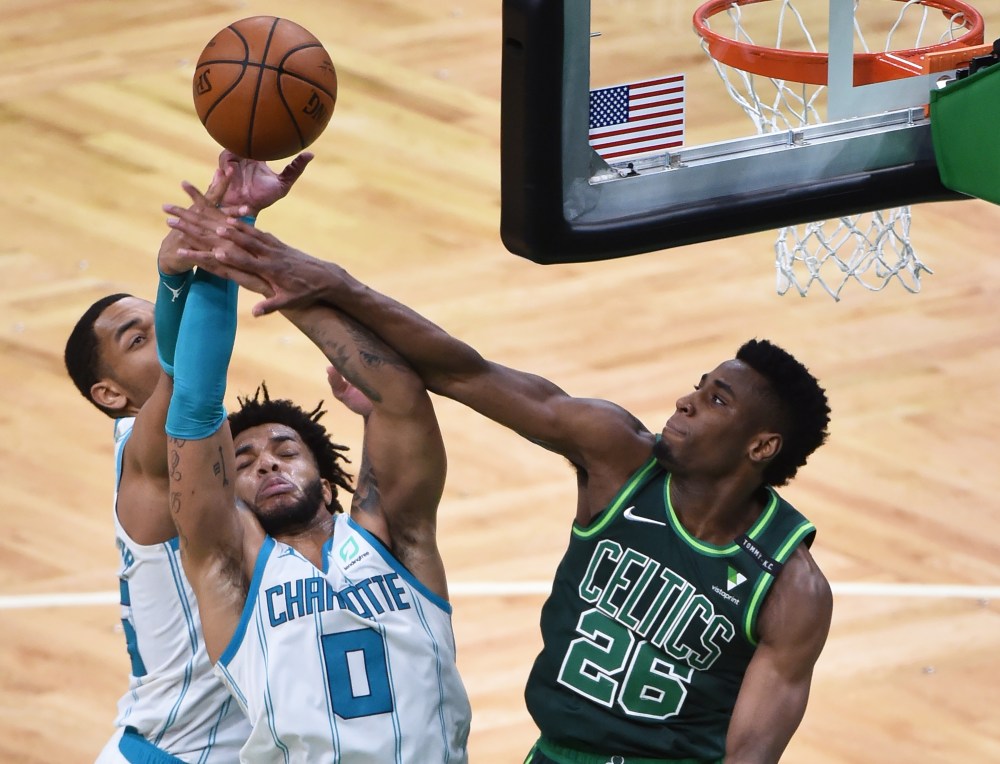