It was a night for the ages for All-NBA small forward Jayson Tatum and the Boston Celtics both as the St. Louis native reached the highest of heights when it comes to the franchise scoring record of 60 points set by iconic Celtic forward Larry Bird in 1985, which Tatum tied against the San Antonio Spurs Friday night.

Almost every one of those points was needed to put away the pesky Spurs 143 – 140 in overtime, with the Duke product also logging 8 rebounds, 5 assists and a block with no turnovers and 2 personal fouls in 45 minute of game time.

Watch the momentous performance for yourself in the video embedded above — it’s one for the record books, before your very eyes.

WATCH: Why is Brad Stevens struggling to lead the Boston Celtics? 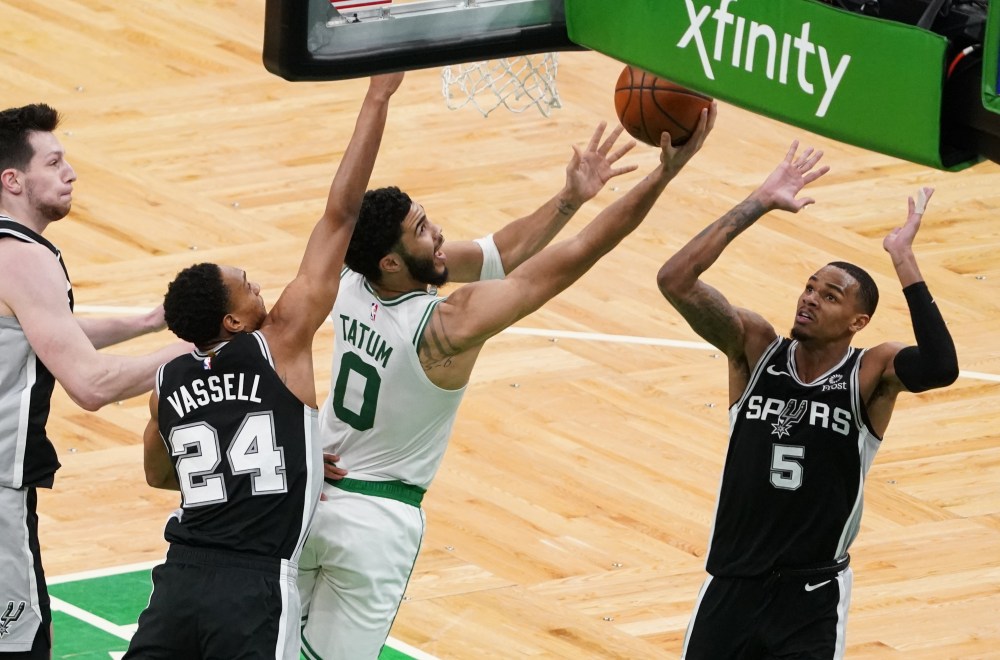