Could there be a little bit of a potential disaster baked into the 2021-22 Boston Celtics roster after the signing of former Sixth Man of the Year candidate Dennis Schroder?

The new Boston floor general likely has a bone to pick with how his value is seen around the league after falling flat in this summer’s free agency, forced to sign a team-friendly deal with the Celtics far below what the Los Angeles Lakers initially offered him to return for in March. All signs seem to point towards a productive future relationship with both sides understanding their situation and responsibilities.

But what if it goes sideways?

The host of the CLNS Media podcast “Celtics Beat” Adam Kaufman is joined by NBC Sports Boston’s Chris Forsberg to talk on how the team might react should Schroder prioritize his own needs over that of the team.

Watch the video embedded above to hear their takes on the potential for distraction stemming from that signing, and how the franchise can respond if it does end up going down.

WATCH: How can Ime Udoka win Coach of the Year in his debut for the Boston Celtics?

WATCH: Should the Boston Celtics trade for Ben Simmons if the price is right?

Every player in Boston Celtics history who wore No. 43 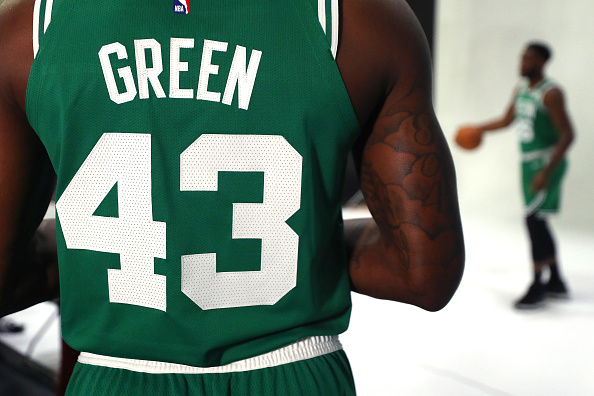