In a recent postgame interview conducted after the Boston Celtics had dispatched the Toronto Raptors in preseason exhibition play in no small part due to the marksmanship of veteran big man Al Horford, the University of Florida product related his new emphasis on the 3-point shot had changed his approach to the game, making him a more effective shooter.

And with the 4-of-4 shooting he displayed from beyond the arc in the win on Saturday, it is hard to argue with Horford as he used the protyptical modern NBA shot to help put him in second place for scoring for the Celtics with 16 overall points on the night. There had been some concerns about whether the 35-year-old forward would be so helpful heading into his 15th season in the league, and though it may not count and was just one game, Horford showed he still can impact winning basketball in a big way.

Watch the clip embedded below to see him wreaking havoc at the perimeter against Toronto at TD Garden this past Oct. 9, whether you missed the game or just want to see Way Above Average Al dropping long-distance bombs once again.

A more comfortable marksman, Al Horford is making his presence felt from deep 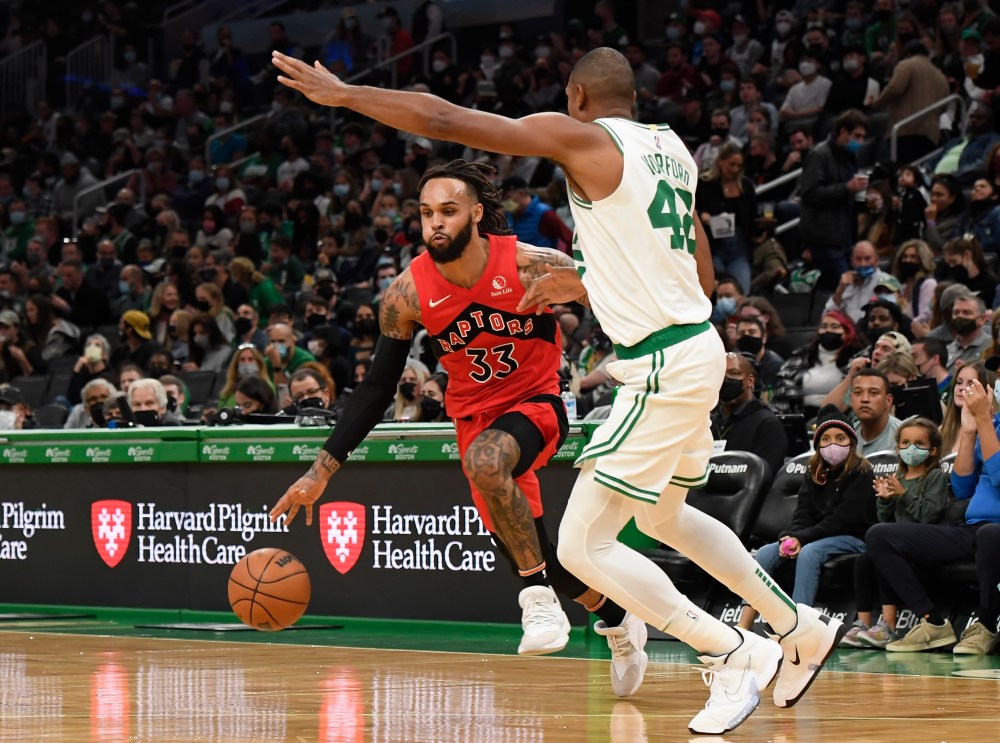