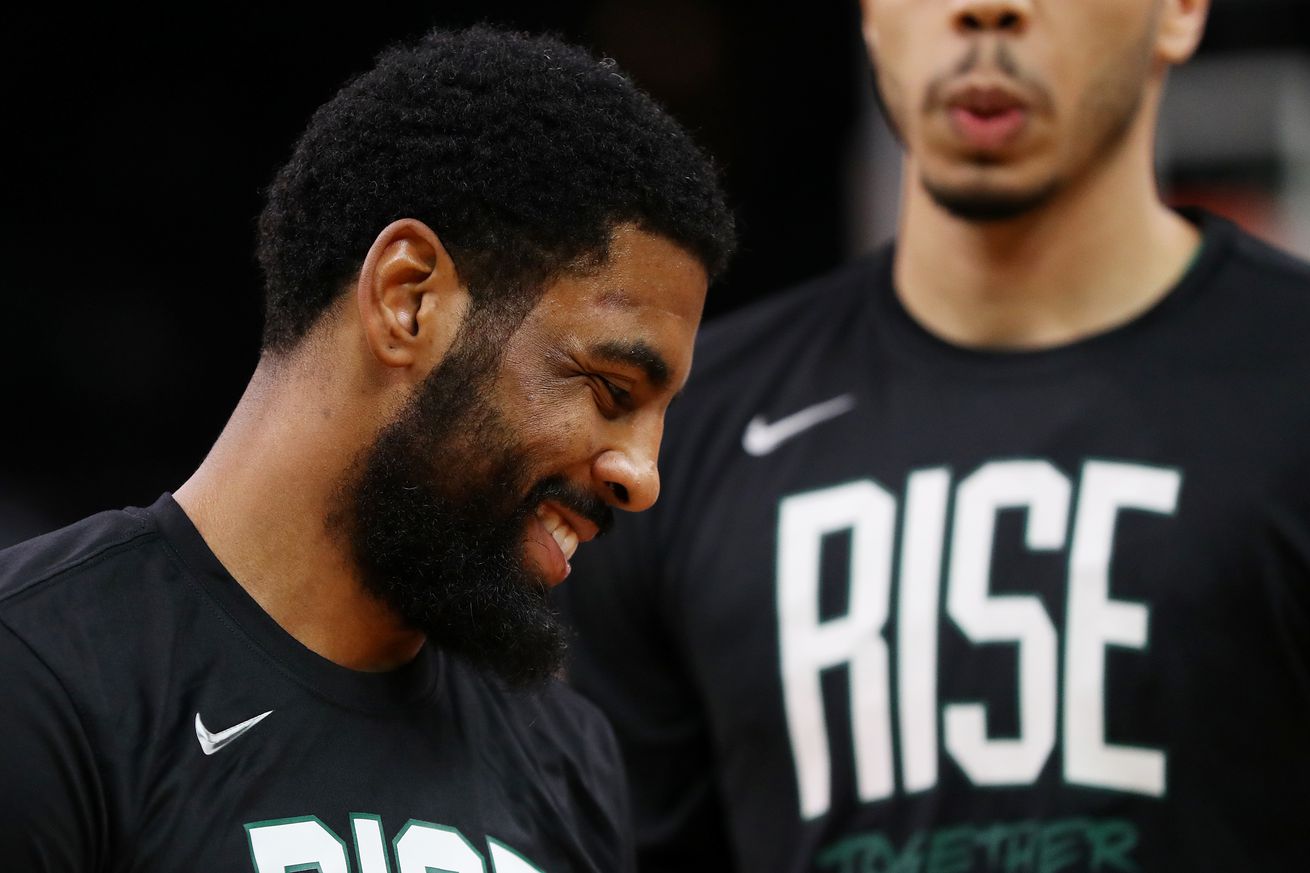 All season long they’ve followed that up with one step back. Can they make a leap forward instead?

So far, the Celtics have taken care of business, winning their first two playoff games at home. If you were in a coma for the past 7 months, this would seem like the logical beginning of an inevitable deep playoff run. But as much as we’d like to, we can’t erase the memory of the regular season.

No stranger to up-and-down regular seasons followed by long postseason runs, Kyrie Irving has been openly pining for the playoffs for months. Like a schoolboy going through the motions in trigonometry while daydreaming of summer break. Except that the whole point of the postseason is to push off that summer break (and the decisions that loom) as long as possible.

In fact, the murky future could hinge on that awkward dance. So will they take the now all too familiar step back? Or will they take a giant leap forward? There may not be a mythical switch to flip, but this team is counting on a reset button.

With all the talent you could ask for on a roster, the Celtics have had the pieces in place all along. They’ve spent a whole trial-and-error season finding the best way to fit those pieces together and the hope is that the playoffs will bring out the best in them.

It hasn’t exactly been pretty for the first two games either. This is no juggernaut wiping the court with feeble foes. In fact, the scrappy but starless Pacers have battled the Celtics and won most of the quarters. Perhaps that’s just what this motivationally inconsistent team needs to start things off. Just enough of a test to keep them honest, but not enough to knock them out early.

If it sounds like I’m trying to talk myself into this playoff run, then you are hearing the tune I’ve been trying to hum. The high expectations before the regular season stumbles have me watching my step. I’m testing the water and wading in game by game. In short, I desperately want to love this team, but I’ve got trust issues now.

Not just with the wins and losses, but with the cast of characters. Complicating matters is wondering how much longer we’ll be able to root for each of these guys. Kyrie Irving is a shooting star, but will he be gone as fast as he arrived? Jayson Tatum is a rising star, but where will he be shining at his brightest? How long will Jaylen Brown, Al Horford, and even Marcus Smart be in Boston?

For now, they are here at least as long as they keep winning. The longer they stay in these playoffs, the clearer the decisions will be for everyone in the summer.

Two steps forward. Now keep it going in that direction, one step at a time.