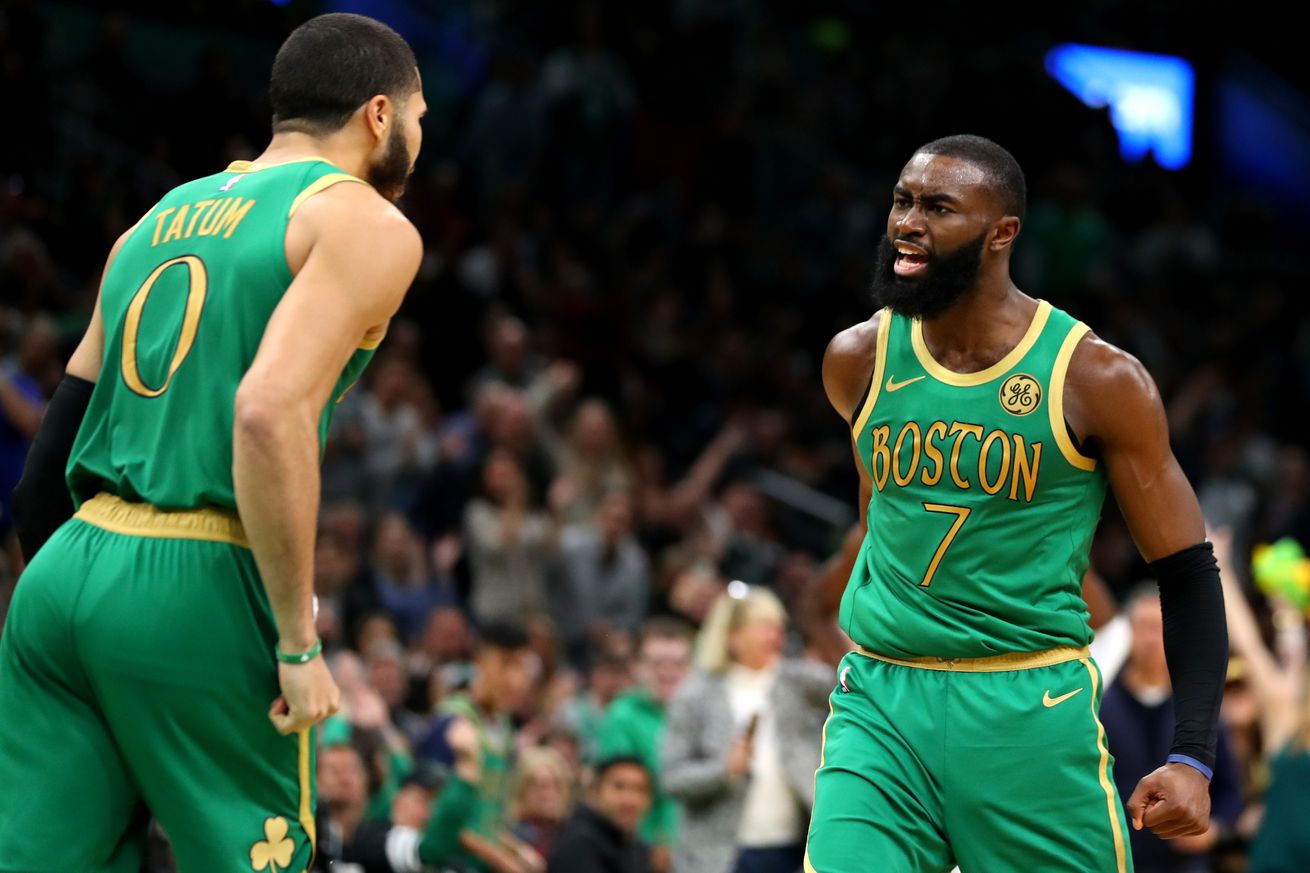 They might not be the prohibitive title favorites, but the Boston Celtics have plenty in their favor come playoff time.

Under circumstances the NBA has never previously experienced, so much of the championship discussion pessimistically circles around what will keep team X from the title. Those concerns exist from a glass-half-empty view. They cloud all that’s good about the game, the aspects of your favorite team that breed hope for a deep postseason run.

Take the Boston Celtics for example. They’re by no means a popular pick to win the NBA championship, but their odds are better than most of the 22 teams heading to Orlando. A 43-21 record was good for third in the Eastern Conference as one of only three teams to rank inside the top-five in both offensive and defensive efficiency.

Their good isn’t enough to completely outweigh the bad, but a top-five mark in the NBA does warrant excitement as the restart nears.

The Orlando bubble is going to require a level of physical endurance NBA players have never encountered. Sure, many have played AAU games on end in their youth. Never have they been forced to such a screeching halt, only to return four and a half months later without the proper methods to prepare for the rigors of the highest plane of basketball intensity.

“This is a different, unique ramp-up,” Washington Wizards General Manager Tommy Sheppard said — via The New York Times’ Marc Stein. “The physical demand of playing basketball is different than running on a treadmill, doing Peloton, doing workouts in your garage on Zoom. We’ll have basically two weeks to really get to five-on-five.”

Those demands favor the youth compared to their elders. Though not absolved of potential injuries, the seasons they haven’t played surely lowers their chances in comparison to those with more than a decades worth of minutes on their joints and limbs.

Only two members of Boston’s rotation are over 30, Gordon Hayward and Kemba Walker, who both only passed the threshold this year. Youth tends to come at the expense of experience. The Celtics are an exception.

Jaylen Brown (23), Marcus Smart (26), and Daniel Theis (28) were part of back-to-back conference finals appearances in 2017 and 2018. Jayson Tatum (22) was an impressive contributor as a rookie during the latter run.

Hungry vets and experienced youth. It’s an incredible combo that puts the Celtics in rarified air.

Defensive versatility has become a prerequisite for championship contention. Teams are continuously replacing size with skill, inside dominance for a 3-point advantage.

Boston is well equipped to handle the type of multi-faceted experiments nearly every opposing offense has turned to. Tatum, Brown, and Hayward comprise a trio of interchangeable wing defenders every team covets. Smart remains an All-NBA perimeter stopper and a surprisingly stout low-post bruiser.

Walker is the weak link in the same vein as Isaiah Thomas, where the absence of size makes him a target on every possession. However, even he chips in where he can, having taken the seventh-most charges in the NBA with 18.

The Celtics are fifth in defensive rating while surrendering the second-fewest points per game in the league. Four of their players rank inside the top-30 in defensive win shares.

An absence of size leaves them susceptible to a Joel Embiid-type player, but against nearly every other team, Boston has the personnel to put on a stout defensive performance.

Every contending team needs “the guy.” The player you turn to for the game-winning shot or a bailout following a broken play. Boston has that with Tatum, who’s blossomed in his third season to the tune of 28.2 points per game in the 20 outings before the league’s stoppage. As incredible as Tatum has been amid a breakout campaign, he alone is not responsible for the Celtics’ top-five offense.

“With Tatum’s emergence as a star this season, he’s taken his spot atop the pecking order,” wrote CelticsBlog’s Arjun Balaraman. “But the Celtics real strength comes in the depth of their 2nd to 4th options. The combined 58.9 points per game that the Celtics receive from the trio is the second most of any team’s 2nd to 4th options since 1995, only trailing last year’s version of the Golden State Warriors.”

With Tatum, Brown, and Walker, Boston is the only team with three 20-point scorers. Not included is Hayward’s 17.3 points per game, rounding out a quartet of options at Brad Stevens’ disposal.

Certain teams might have more potent bucket getters. None can match Boston’s ability to spread the breadth of its scoring output, ensuring the exploitation of double teams that will almost always get the ball to someone who can do something with it.