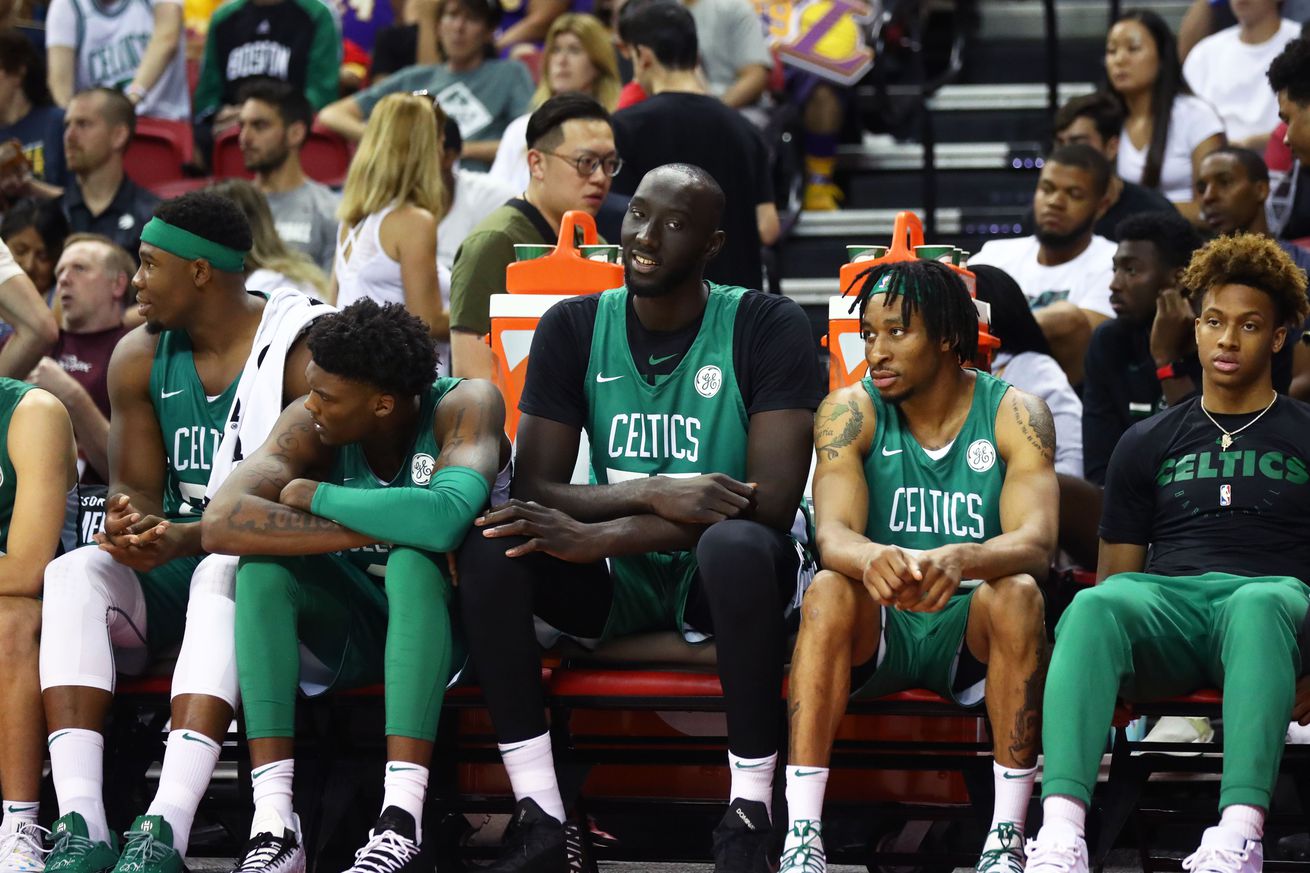 Tacko is a polarizing prospect. Should he get Guerschon Yabusele’s spot?

The Boston Celtics waiving Guerschon Yabusele gives them some much-needed roster flexibility. They were at 15 players with Romeo Langford, Grant Williams and Carsen Edwards. Now Boston has an open spot to fill with a FA, Tremont Waters or…Tacko Fall?

Tacko is currently signed to an Exhibit 10 contract, which basically gets him a spot on the summer squad and an invite to training camp.

Cliff notes version on a player signing an Exhibit 10:

* Player could earn up to a $5-50K bonus if he is waived and spends 60 days with G-league affiliate.

* Does not count toward the salary cap.

So, Boston could convert Tremont Waters’ two-way deal into a guaranteed contract to make room for a Tacko two-way, or they could give Tacko the roster spot and keep Waters on a two-way deal. To be clear: an Exhibit 10 cannot be used to keep a player on the Maine Red Claws, but he could be assigned there after training camp as a free agent.

Should Tacko get a roster spot?

It would be really difficult to pass up on Tacko. He’d be a project, but I don’t think that would ward off Ainge, given his track record of drafting raw talent (Jaylen Brown, Yabusele, among others). Tacko’s mobility and coordination have improved immensely over the years, transforming him from a college oddity to a potential NBA prospect. This is a huge leap, and his solid summer league play catching all of us off guard is a pleasant surprise, but it’s also pretty telling – it means expectations were uniformly low from the start.

Would it be an over reaction to sign him based on three (or more) summer league games?

First, I don’t think signing players based on Summer League is much of an over reaction at all. I tend to think the quality of these games is much higher than people give it credit for, given that a lot of players already have real NBA experience. If players can get drafted based on a hot streak during March Madness, then I think it makes sense to sign players who play well against a mix of prospects and fringe NBA talent over a short stretch.

Second, I think signing players due to fear of missing out would be a mistake. “But if we don’t keep Tacko, somebody else will get him. And he might be really good for them instead!” This type of thinking would have allowed our best prospects to be traded for Kawhi Leonard after he played nine games the previous year (and spare me the revisionist history about Toronto’s title making that trade retroactively better, as if the 76ers weren’t a fifth rim-bounce away from getting a shot to win the series in overtime). There are legitimate reasons to keep Tacko around, so we should block out the fear of missing out to focus on those instead.

And since plenty are asking, as of now there are no plans for Tacko Fall to claim the Celtics’ 15th roster spot. Plan is still for him to enter camp on his Exhibit 10 deal and proceed from there.

He’s more promising than Yabusele, so I’d be fine with him filling that spot, but there’s one reason why I can’t commit to him: switches.

Barring another massive league-wide paradigm change, the NBA is all about switching and match-up hunting. Do you want to see Tacko switched onto Chris Paul? Because I’m pretty sure you don’t. I tend to think that a player’s senses – more than their physical attributes – are what enables them to defend at an NBA level. These are things you can typically see in a player right away, whether or not their body has developed into game shape. Personally, I just don’t see a future where even the best version of Tacko will be an exceptional defender, nor do I think he’ll gain the mobility needed to work in a half-court setting. Sure, he can sprint from one end of the court to another, but can he slide his feet across the key in time to stop a drive?

Most of what Tacko does on offense is solid. He’ll get those silly looking dunks from time to time and grab some offensive boards here and there. His free throw shooting still makes him a prime Hack-a-Shaq candidate, and he’s struggled to hold his position on post-ups, which is supposedly his most marketable skill.

If Tacko’s defense and post game are both tuned up by the end of the summer, then I’ll reconsider. Otherwise, I’m not going head-over-heels about signing a player just for the spectacle.