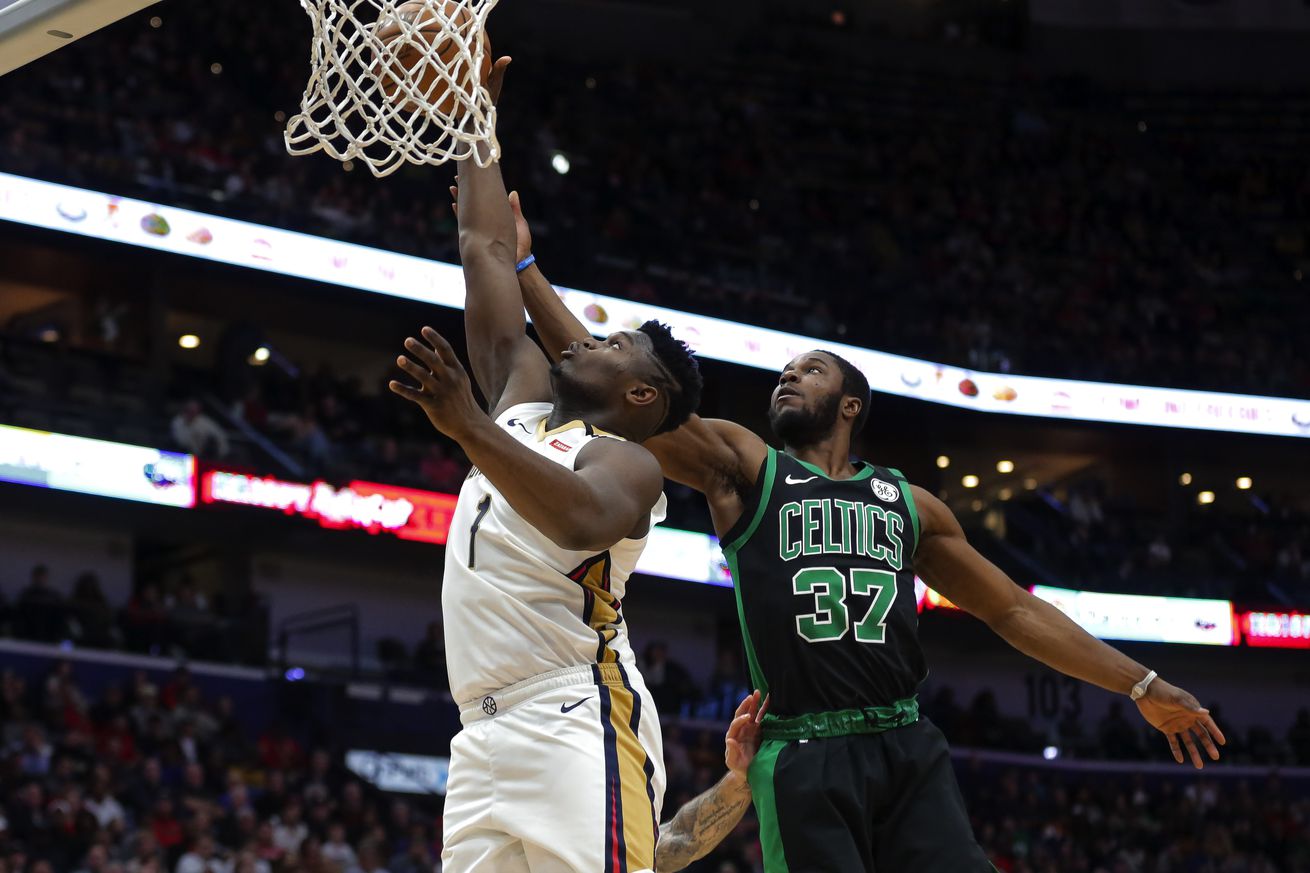 There are only 450 roster spots in the NBA and you could argue that it’s harder to remain in the NBA than to get there in the first place. Every summer, there’s a new wave of young, hungry talent fighting to snag your roster spot away from you. While the top 40% of players needn’t worry about the up-and-comers, the remaining 60% continuously have one eye over their shoulder.

The key to staying in the league is continuous improvement, and for the majority, it’s increased specialization. This is what Semi Ojeleye is facing as the league looks to restart the 2019-2020 season. Having been in the league for three seasons, the muscular forward is yet to show significant improvements towards a specialized role. There have been moments where the 6’6” forward has demonstrated potential as a 3&D plug-and-play player, but those moments have been few and far between.

While Ojeleye’s development has been far from linear, it’s well reported that it’s not due to a lack of effort. Multiple reports have surfaced throughout the last three seasons regarding the 25-year-old’s legendary workout sessions and insatiable drive to improve. He’s often credited as being always ready and the consummate professional.

“Shot after shot after shot. Just working on his 3-pointer, his mid-range. That’s Semi — no one works harder. – Danny Ainge”

Unfortunately, hard work without improvement will not sustain a long term career in the league. The former 37th pick is now firmly on the clock with his contract due to expire at the end of the season should the Celtics not pick up their team option in the off-season.

The Celtics are flirting with the luxury tax, with little to no wiggle room to sign new players. Couple the cap issues with the three first-round draft picks the team possesses in the upcoming draft and you begin to see the roster crunch Ojeleye is trying to squeeze in to.

More and more, successful NBA teams are demanding more and more from their young players. Each draft pick the Celtics possesses offers an opportunity to draft a rotational player that can come in on Day One and contribute at the bargain price of a rookie contract. Ojeleye could potentially have another year to prove his worth, but the Danny Ainge could opt to use that roster spot on a player the team controls at a cap-friendly number for multiple seasons or signed a more polished role player with a vet minimum.

For Ojeleye, the time is now.

As the league looks to restart in Orlando, Ojeleye will undoubtedly have ample opportunity to stake his claim for a playoff rotation spot and make his case for a roster spot next year. The SMU alum knows what it takes to see regular floor time in the playoffs; over the last two years, he’s played meaningful minutes particularly opposite Giannis Antetokounmpo and the Bucks. This year should be no different as Ojeleye is one of the more senior members of the bench unit.

Ojeleye showed signs of an improved touch from deep before the season was suspended, shooting 44% from the corners and 55% from between the free-throw line and the break. Those corner threes are where Ojeleye has made his most significant offensive jump, improving his conversion rate by 15% on an additional 16 attempts.

However, more is required from the 240-pound forward. He needs to show an ability to force defensive rotations when off-ball and free up his teammates with intelligent pin-downs. Most importantly, Ojeleye needs to figure out how to create his own shot; currently, at least 75% of his makes are assisted.

Semi’s biggest area for improvement: Creating his own shot.
Currently he’s assisted on north of 80% of his makes, making it far to easy for teams to D him out of games.

Ojeleye has always paved his way to minutes on the defensive end, using his muscular frame and exceptional athleticism to stay in front of even the toughest assignments.

This season, when faced with guarding Giannis Antetokounmpo, Ojeyele continued to impress. Defending the Greek Freak is never an easy task, yet Ojeleye managed to contain him over short periods. In a total of 33 possessions over two games, Giannis struggled to score on the Celtics human freight train, hitting just 33% percent of his attempts.

Oejeleye didn’t just nullify Antetokounmpo in terms of scoring. He forced mistakes, too. Giannis turned the ball over twice, shot 0-4 from deep, and generally failed to draw fouls, only doing so on two occasions.

So, Ojeleye can slow down Giannis in short bursts. Great! But how does he fare against other teams’ primary attack options? When playing against the Sixers, the Ojeleye Factory has continued to produce. Simmons has been able to get to the rack when guarded by Ojeleye, going seven-for-ten from the field, but his lack of assists is telling.

Simmons thrives on driving to the hoop and kicking the ball out to the perimeter. However, in twenty-nine possessions being defended by Ojeleye, he has only registered three dimes. The numbers aren’t as encouraging compared to when Ojeleye is guarding Giannis, but they’re still encouraging to slow down two of the best penetrators in the league.

There’s no guarantee that Ojeleye will still be a Celtic after this season. However, should the SMU product wish to be drawing an NBA paycheck next year, his defense will be the reason. There have been flashes of his potential over previous seasons, but there is no better time to show he belongs at the NBA level than in the playoffs.