Aaron Nesmith started just one game in his entire rookie season, an eight-point, seven-rebound performance in a loss to the Cleveland Cavaliers in May. He got the chance to start once again in the Boston Celtics’ preseason game against the Orlando Magic Wednesday night. He led the way in the narrow 103-102 loss, finishing with 23 points, four assists, and three rebounds on 8-for-16 shooting.

“Just reading the defense, being myself, and relying on the things that I worked on this summer,” Nesmith told reporters Wednesday postgame. “It was a different role I had to play… so just stepping up and playing that role to the best of my ability.”

The second-year wing said the game is starting to slow down for him and it’s started to get easier to read at this level.

AARON NESMITH IS IN HIS BAG WITH THIS MOVE

“I was also just kind of letting the game come to me and taking what the defense was giving me, didn’t try to force anything,” Nesmith said. “But I definitely tried to be a little bit more aggressive with the lineup that was out there today.”

Head coach Ime Udoka notes that Nesmith was aggressive in summer league and has carried it over into preseason. “So proud of him, proud of the work he puts in,” Udoka said. “We see it every day and he took advantage of tonight and obviously played very confident and free. That’s what we want him to do with those guys sitting out.”

The Celtics were without most of their starting-caliber playing due to rest or health and safety protocols. They had begun the preseason 2-0 before taking the one-point loss Wednesday.

WATCH: Should the Boston Celtics use wings or bigs to start at the four?

Despite an unlucky hit vs. Orlando, Boston’s Payton Pritchard off to a good start in his second season 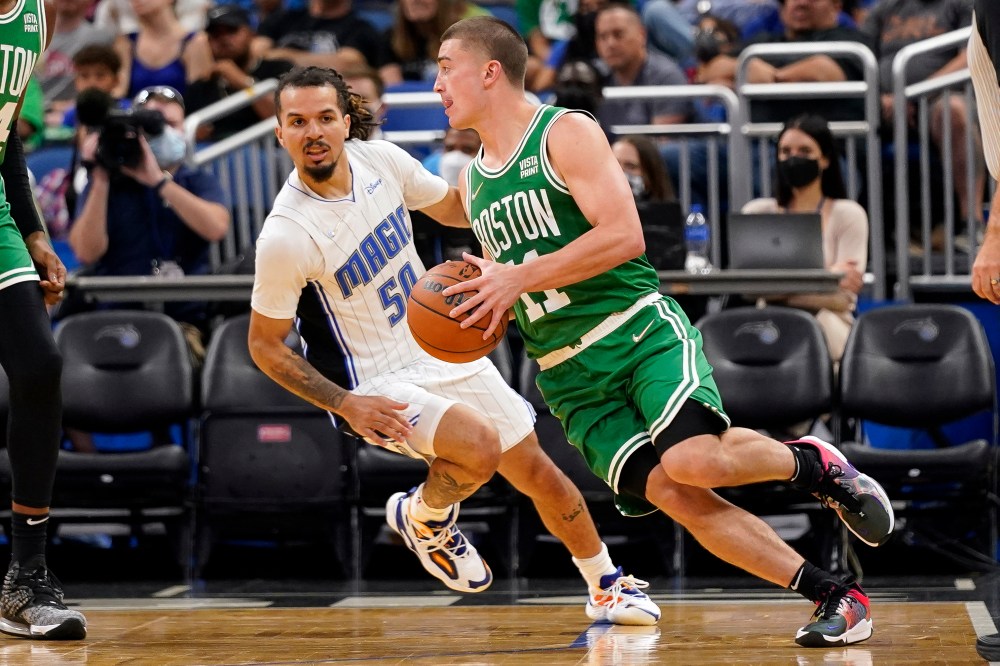