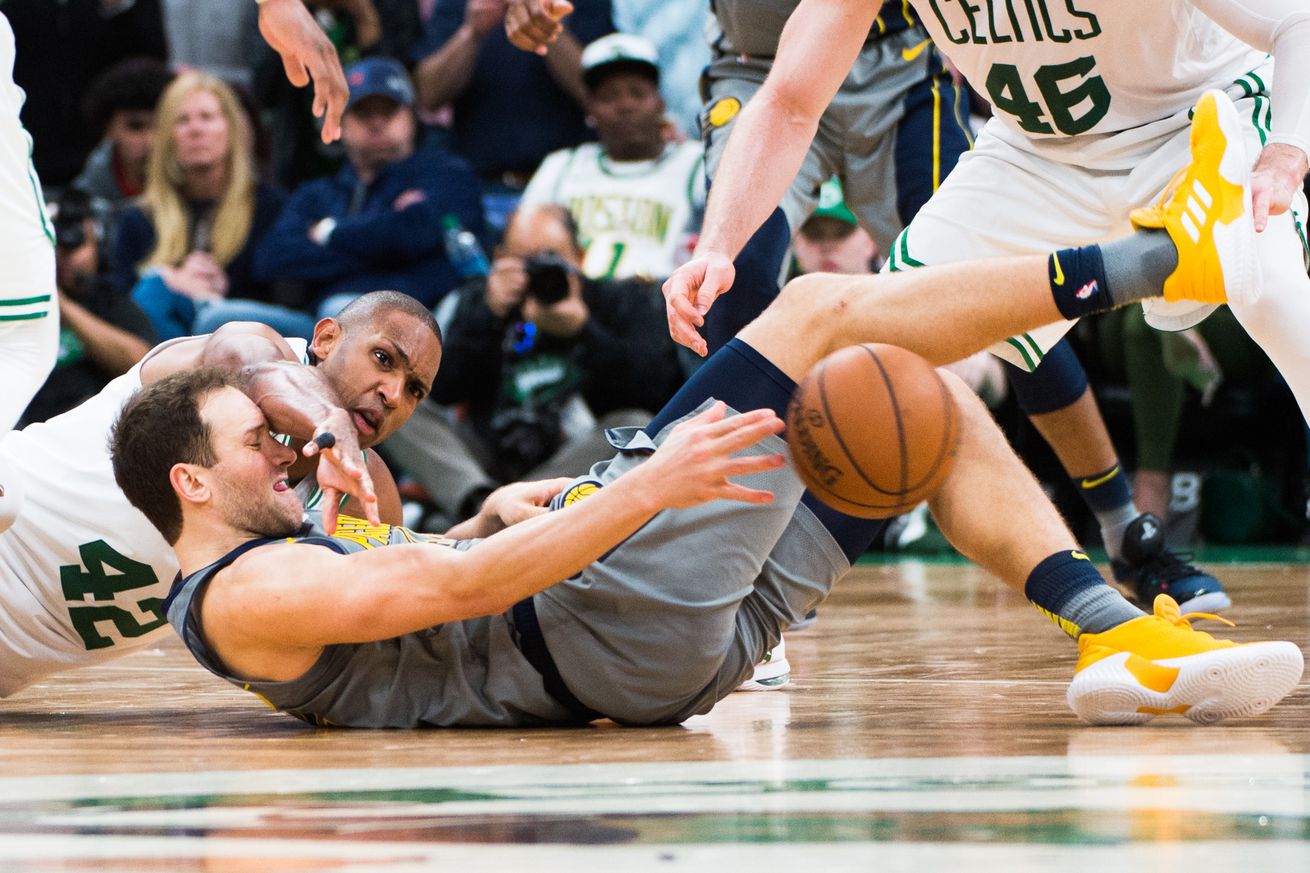 The Celtics host the Indiana Pacers in a matinee game to begin the long awaited playoffs.

The playoffs are finally here and the Celtics host the Indiana Pacers in a matinee game for the first game of the series. This is the sixth time that the Celtics and Pacers are meeting in the playoffs, with all 6 series coming in the first round. The Celtics won the first 3 series while the Pacers have won the last two in 03-04 and 04-05.

The Celtics won the series between these two teams 3 games to 1. The Celtics lost the first game back on November 3 in Indiana by just one point. They then won the final three games by an average of 13 points per game, including a home and home set in the final two weeks of the season.

Hopefully the Celtics were paying attention to the two Eastern Conference series that were played on Saturday. The underdog Orlando Magic rallied to beat the favored Toronto Raptors in Toronto. Also, the Brooklyn Nets easily beat the favored Philadelphia 76ers in Philadelphia. If the Celtics come into this game expecting to get an easy win, they may end up down one game in the series.

The Celtics expect to have everyone healthy other than Marcus Smart, who is expected to miss at least the first round with an oblique injury. As of now, Brad Stevens hasn’t given any indication as to who will fill in for him in the starting lineup. I’m going to guess that it will be either Jaylen Brown or Terry Rozier.

Brown started last season at the two and gives the Celtics more size in the starting lineup but Rozier has always done very well when he starts. Brad Stevens has said that he would start whoever was most locked in during practices on Friday and Saturday. The Pacers are all healthy other than Victor Oladipo, who has missed most of the season with a knee injury.

Jayson Tatum vs Bojan Bogdanovic
Bogdanovic averaged 18.0 points, 4.1 rebounds and 2.0 assists during the regular season. He is shooting 49.7% from the field and 42.5% from beyond the arc and if not defended closely, he can put up big numbers. Tatum needs to stay with him both in the paint and on the perimeter. The Celtics had success in their final regular season game by having Marcus Smart guard him but without that option in this game, Tatum and the others must step up to slow him down.

Aron Baynes vs Miles Turner
Turner averaged 13.3 points, 7.2 rebounds 1.6 assists and 2.7 blocks in the regular season. The Celtics always need to be aware of where he is when they go to the basket because he is always looking to block shots. Baynes needs to box him out to keep him away from the rim. He also shoots 38.8% from beyond the arc and so the Celtics need to stay with him on the perimeter as well.

Honorable Mention
Gordon Hayward vs Domantas Sabonis
Sabonis averaged 14.1 points, 9.3 rebounds, and 2.9 assists in the regular season. He is shooting 59.0% from the field and 52.9% from beyond the arc. Sabonis is relentless every minute he is on the floor and he is very versatile. The Celtics need Hayward to step up and play well on both ends of the court to contain Sabonis on the defensive end and make him work on the offensive end.

Keys to the Game
Play Defense – Defense wins games. The Pacers average 108.0 points per game while the Celtics average 112.4 points per game. The Pacers have a defensive rating of 105.9, good for 3rd in the league while the Celtics have a defensive rating of 107.0, 6th in the league. The Celtics have let their defense slip at times this season, but now that the playoffs are here, they must play that tough team defense that has made them so hard to beat in the past.

Move the Ball Carefully – Both teams depend on ball movement for their offense. The Celtics need to move the ball and find the open man but they have to make careful passes and not get careless. The Pacers are 3rd in the league with 19.1 points off turnovers per game and so the Celtics must focus on making good passes and be aware of the Pacers ability to close out the passing lanes. If the Celtics get careless, the Pacers will make them pay.

Play 48 Minutes – During the regular season, the Celtics would either get off to a strong start and then let up or they would start slow and have to try to make up a big deficit. It’s now the playoffs and opponents are going to be playing hard every minute and the Celtics have to match that and play even harder for all 48 minutes. Start strong and play hard all the way to the final buzzer.

X-Factors
Home Game – The Celtics worked to get home court in the first round and now they have to take advantage of it. The crowd will hopefully be loud and rowdy and give the Celtics a boost. The Pacers struggled on the road losing 8 of their last 10 road games. The crowd will hopefully throw the Pacers off a bit and give the Celtics an advantage in their building.

Bench Play – The Pacers rank 10th in bench scoring with 39.2 points per game. Their reserves are 2nd in FG% (47.9%) and 5th in 3 point %(35.9%). The Celtics reserves will take a hit with Smart being out, but they have to play tough defense along with keeping the offense going when the starters get a rest.

Gordon Hayward – Gordon Hayward finally began to look close to 100% toward the end of the season and it made a huge difference in the way the Celtics played as a team. Over the last month of the season, Hayward averaged 18.3 points on 65% shooting, 5.3 rebounds, and 3.0 assists. The Celtics need him to continue to be aggressive on both ends of the court.