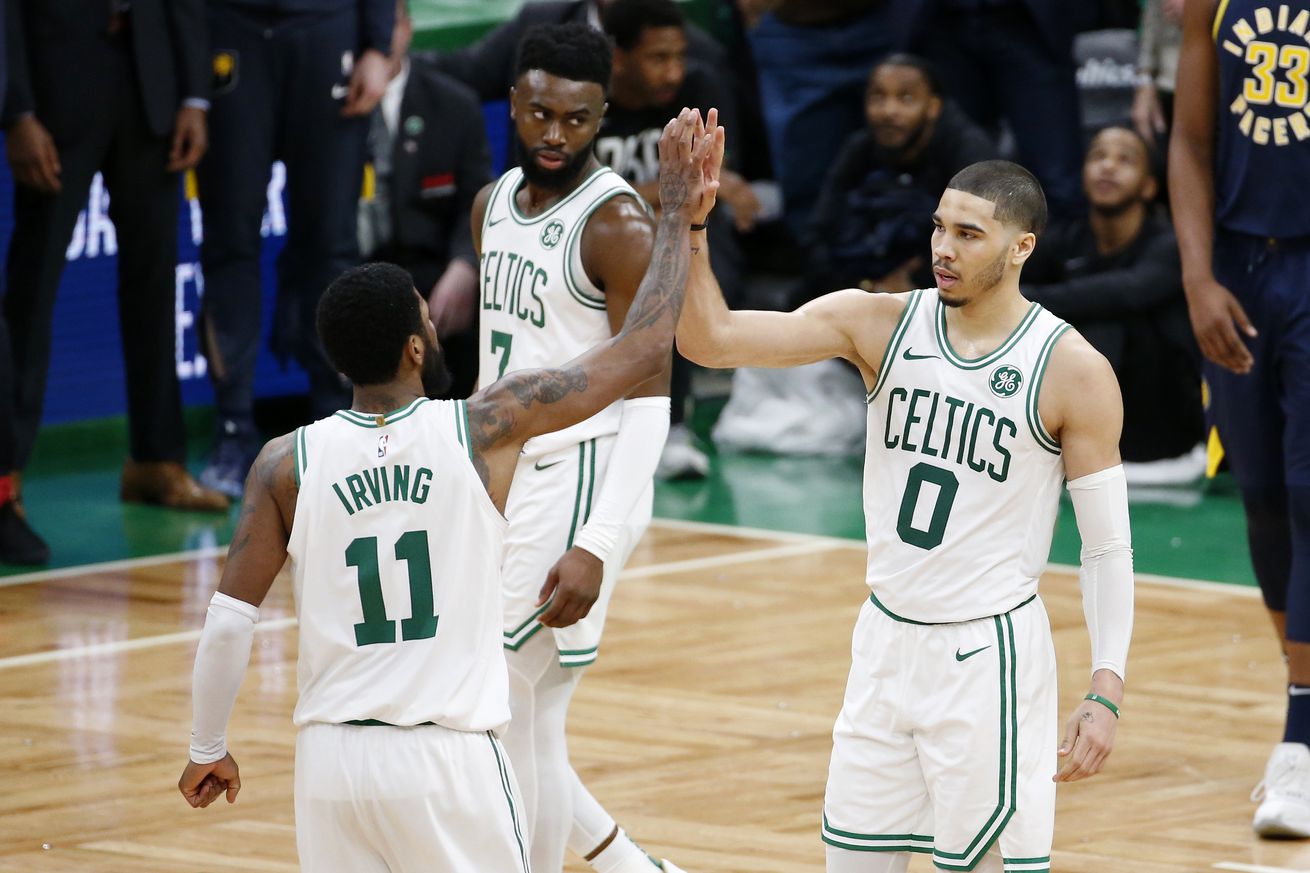 With Boston leading 2-0, the series heads to Indianapolis.

The Celtics first round playoff series now shifts to Indianapolis as the team defended their home court and have a 2-0 lead in the series. Boston should feel confident going on the road because the first two games proved they just have more talent on the court than the Pacers. Although, as we have seen many times this season, that does not always result in wins, but this has been a strong start to a postseason run.

Going into Game 3, Indiana will be playing with their backs against the wall. Teams normally do not come back from a 3-0 deficit, so this game will be crucial. Also, they will be coming back to Bankers Life Fieldhouse and playing in front of a rowdy Friday night crowd. Their team knows that if they can protect home court, anything can happen in a best of three series.

Even with that in mind, the takeaways from the first two games had the Pacers searching for answers. In Game 2, they were hitting many of the shots they could not make in Game 1; however, this was still not enough to keep up with Kyrie Irving and the Celtics. The Pacers played a strong game but still could not get the win.

A good snapshot of this series could be that both teams have still yet to eclipse 100 points in either game in this series. All season long the Celtics and Pacers ranked among the top in team defense. It was the main reason the Pacers did not drop down the rankings after the injury to Victor Oladipo. This style and low scoring should continue all series long if no offense is found. It is why the main question moving forward is if one of these teams can start breaking through on offense and take control of the series.

Luckily, for the Celtics, the Pacers do not have the offensive weapons to explode for a huge game on a consistent basis. They can get big games from Bojan Bogdanovic, Tyreke Evans, or Wesley Matthews, but those games are not expected more than once or twice in a seven-game series. If the Celtics can just weather the storm and let their stars make plays, the Celtics have more weapons to put this series away.

The one Boston superstar that the Pacers have not yet been able to stop is Kyrie Irving. He scored 20 points in the first game and 37 points in the second. In Wednesday night’s game, Kyrie was able to get wherever he wanted whenever he wanted. The Celtics were down in the fourth quarter, and he took the team on his back and carried them across the finish line. Darren Collison had (and still has) no chance of stopping him on defense.

This match-up will be the key for the Celtics in Game 3. The home atmosphere will be huge for the Pacers getting their offense back in gear. Because of this, Kyrie will have to match the output while at the same time silencing the crowd. If he can find his rhythm he had in Game 2, then it will be a much higher scoring game than we have seen to this point. Kyrie’s offense will be critical tonight in Indianapolis.

The injury report for this game is almost clean for each team outside of Marcus Smart for the Celtics and Victor Oladipo for the Pacers. Oladipo is, of course, out for the Pacers, but Marcus Smart still is eyeing a playoff return possibly next round if the Celtics advance. He was seen earlier today taking some close range shots around the basket. It may not say much about his recovery timeline, but Smart is continuing to work on his touch and routine. Once healthy, he should be able to contribute immediately. Fingers crossed the Celtics are still playing at that time.

The bottom line for tonight’s game is that the Pacers will be fighting for their playoff lives. As mentioned, teams rarely come back from a 3-0 deficit, so this game will be everything for them. The Celtics will have to be ready for this and match what they throw at them. Kyrie needs to be the scoring leader because of his ideal match-up with Darren Collision. Boston has the talent, they just need to bring it all together and close down this series as soon as possible.